Human brain cells could be gene-edited to reduce the risk of developing Alzheimer’s disease, scientists claim

Cells in the human brain could one day be edited by scientists to prevent the development of Alzheimer’s disease, a new study suggests.

Researchers from Laval University in Canada have been working with a variant of a gene thought to make people less likely to develop Alzheimer’s and live longer.

One in four people over the age of 90 develop Alzheimer’s, a condition thought to be triggered by a build up of a protein called beta-amyloid outside the brain cells.

This is linked to the amyloid precursor protein – but a genetic variant of this, called A673T,  can reduce the risk of someone developing Alzheimer’s by four times.

It is possible to switch on this variant in brain cells and in turn reduce the production of beta-amyloid that increases Alzheimer’s risk, the Canadian team have shown.

One in four people over the age of 90 develop Alzheimer’s, a condition thought to be triggered by a build up of a protein called beta-amyloid outside the brain cells

This genetic variant was first discovered in 2012 in a few people of Scandinavian ancestry and is present in one in 150 people in Scandinavia – but rare elsewhere.

As it doesn’t become relevant until later in life it isn’t selected for by evolution, according to the study authors.

It is a single DNA letter different to a gene that increases the likelihood of developing Alzheimer’s, and they’ve made that change to brain cells growing in a culture dish.

Jacques Tremblay and colleagues say this is the first step to proving that engineering the variant into brains can have the same benefits as inheriting it.

In the culture dish of human cells they found that beta-amyloid production was reduced when that small single DNA letter was changed.

The team are still refining the technique before they try it on animals – so far it has only been shown as successful on cell cultures using a CRISPR technique.

They worked with a process known as base editing, a relatively new method that allows the direct, irreversible conversion of a DNA base into another, targeted base.

This allows them to edit the base cells and make single-letter changes to DNA – however they have moved to a new ‘prime editing’ technique first developed in 2019.

This is a ‘search and replace’ technique for editing genomes – it directly writes new genetic information into a targeted DNA site using a fusion protein.

It is similar to earlier genome editing technologies including CRISPR and base editing and is still in the very early stages of being used by researchers.

Working with cells in a dish they managed to edit about 40 per cent of the cells but they think a higher proportion might be needed for it to work in a human brain. 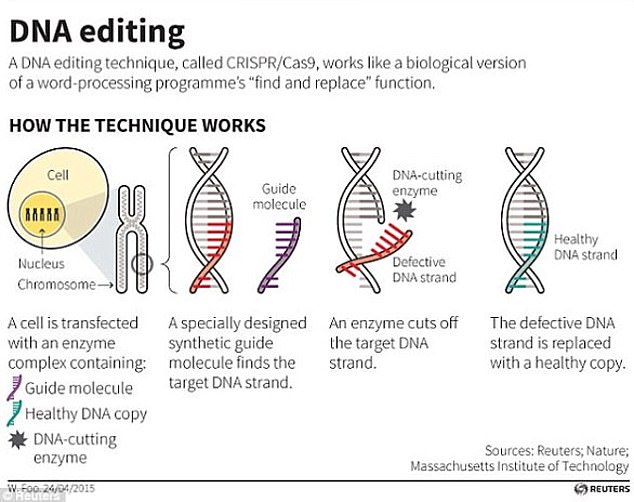 They worked with a process known as base editing, a relatively new method that allows the direct, irreversible conversion of a DNA base into another, targeted base 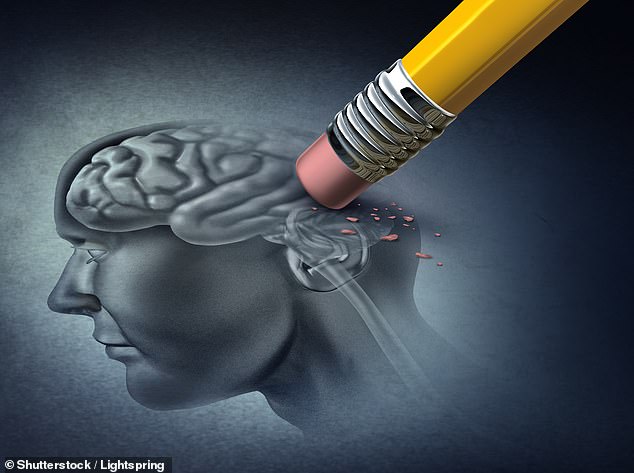 The team say another major issue is that by the time people start to show symptoms of Alzheimer’s it could be too late to edit the genes to make a difference.

This is already true for any treatment for Alzheimer’s, according to Selina Wray from University College London, not involved in this new research.

She said all possible treatments, including gene-editing’ should still be pursued by researchers as eventually something will work.

Tremblay said the change could be made in sperm, eggs or embryos in future so people with a family history of Alzheimer’s are born with the A673T variant.

The findings have been published on the preprint server bioRxiv.