The start of autumn could begin a week sooner in the future due to climate change causing trees to capture more carbon and drop their leaves earlier in the year.

Early observations seem to show this was happening over the past few decades – driving a longer growing season that could held slow the rate of climate change.

However, a new, large-scale study of European trees by the Swiss Federal Institute of Technology has found this trend has started to reverse and leaves are falling earlier.

The new discovery means instead of autumn starting up to three weeks later, it will start between three and six days earlier over the course of the century. 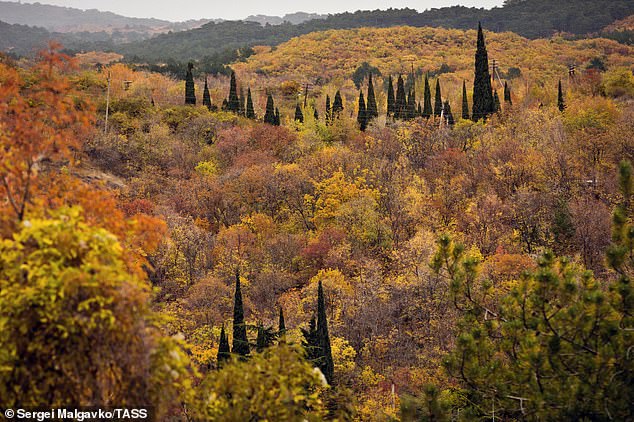 Early observations seem to show this was happening over the past few decades – driving a longer growing season that could held slow the rate of climate change.

The presence of leaves on deciduous trees marks the changing of the seasons – and the period of time in which trees store carbon from the air.

Warning winters cause spring leaves to emerge earlier and it a widespread example of a climate-change impact, according to the team behind the study.

The timing of when the leaves fall is harder to spot. There might be limits to how much greenhouse gas a tree can use or store in a single year, explained Dr Zani.

If all carbon needs are met, leaves might fall earlier rather than later in the autumn.

Changes in the growing-season of trees greatly affect global carbon balance, Zani explained, but it is difficult to predict future patterns.

This is due to the fact that the environmental drivers of leaf ageing aren’t well understood by scientists.

Autumn shedding in temperate regions like the UK is an adaptation to stressors – such as cold weather and a common assumption is that if you warm the air up this would allow leaves to persist for longer and fix more atmospheric carbon.

The study showed an increased growing-season in spring and summer due to more CO2, light and higher temperatures will lead to earlier leaf shedding – not later.

This is likely because roots and wood cease to use or store leaf-captured carbon at a point – making leaves costly to keep.

The researchers used the data to build a model to improve autumn prediction under a business-as-usual climate scenario – that is one where no efforts are made to slow the rate of climate change by keeping global average temperature from rising.

The model forecasts the possibility of autumn leaf-dropping dates becoming earlier over the rest of the century rather than later – as previously assumed. 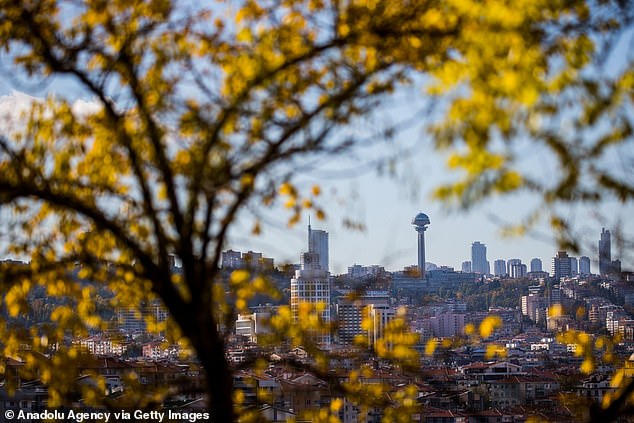 However, a new, large-scale study of European trees by the Swiss Federal Institute of Technology has found this trend has started to reverse and leaves are falling earlier

Accounting for increases in spring and summer productivity due to rising carbon uptake improved the accuracy of predictions by up to 42 per cent.

‘These findings demonstrate the critical role of sink limitation in governing the end of seasonal activity and reveal important constraints on future growing-season lengths and carbon uptake of trees,’ said Zani.

The results ‘substantially lower our expectations of the extent to which longer growing seasons will increase seasonal carbon uptake in forests,’ she added. 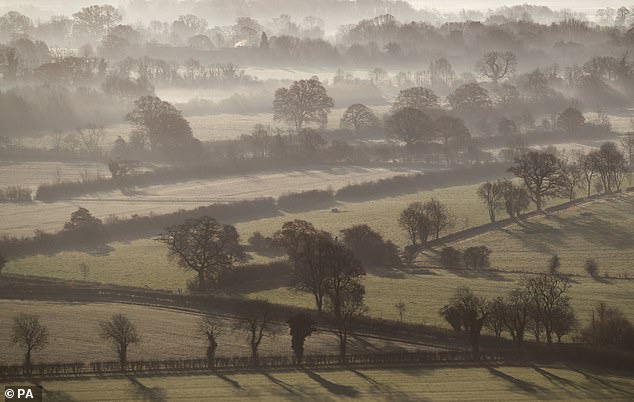 The presence of leaves on deciduous trees marks the changing of the seasons – and the period of time in which trees store carbon from the air.

The researchers pointed out the universality of this pattern in other forest types remains unknown – they can only say for certain it applies to temperate regions.

They note an important next avenue of research is implementing such growing-season length constraints across a wider range of systems.

Dr Christine Rollinson, a tree scientist at The Morton Arboretum in Illinois, who was not involved in the study, said it shows the forest is not a bottomless carbon sink.

‘Thus, whereas trees and forests remain one solution for mitigating the impacts of climate change, they cannot be the sole means of response.

‘A diverse portfolio of actions that include emissions reductions and tree conservation and planting is essential to mitigate anthropogenic carbon emissions and climate change.’

The findings have been published in the journal Science.