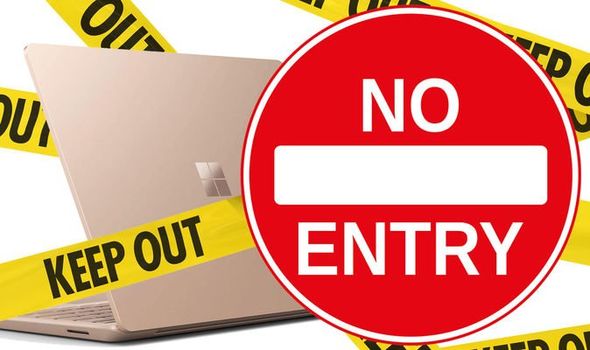 Internet Explorer 11 users from this week will start noticing that they won’t be able to access hugely popular sites such as YouTube, Instagram and Twitter in the browser. Instead, when IE11 tries to open the domains of these household names users will get redirected to the Chromium-based version of Microsoft Edge. As reported on in a post by Windows Latest, among the websites affected are YouTube, StackExchange, Instagram, Twitter and Disney Hotstar.

But this is just scratching the surface, with Express.co.uk previously reporting that over 1,000 websites will stop working in Internet Explorer 11.

When users try to access these domains, besides getting directed to Edge, they will see a message appear on screen which says: “You’re now browsing in Microsoft Edge.

For those that still are having difficulty saying goodbye to the veteran and popular browser, Microsoft will allow users to enable ‘Internet Explorer mode’ in Edge.

While in a help page online Microsoft went into further detail to explain why Internet Explorer 11 was now directing users to Edge for certain pages.

“The need to manually switch to a different browser changes starting with Microsoft Edge Stable version 87.

“When a user goes to a site that is incompatible with Internet Explorer, they will be automatically redirected to Microsoft Edge.”

This latest Internet Explorer 11 change isn’t the only way Microsoft are encouraging web surfers that primarily use IE11 to switch to Microsoft Edge.

Earlier this year the Redmond-based tech giant announced a number of changes for both Internet Explorer 11 and the legacy version of Microsoft Edge.

And one of these changes is fast approaching, as at the end of this month the popular Microsoft Teams web conferencing service will stop working in IE11.

On Monday November 30 Internet Explorer 11 will stop supporting the web version of Microsoft Teams, while next March the Microsoft Edge Legacy browser will reach its end-of-support.

Then, just a few months later, on August 17 2021 the remaining Microsoft 365 apps and services – which have become crucial as scores of people have been forced to work from home during coronavirus lockdowns – will stop working on IE11.

Despite this Microsoft said Internet Explorer 11 “isn’t going away” – but the amount of mileage you’ll get from the browser will no doubt reduce.

While this may seem like a bitter pill for Internet Explorer fans to swallow, if this is all designed to push people onto Edge it is having the desired effect.

DON’T MISS: WhatsApp will stop working on Windows 10 browser, are YOU affected?

Stats from NetMarketShare has shown that since the start of this year Microsoft Edge has managed to increase its share of the web browser marketplace by over two percent.

Not only that, but it has managed to leapfrog Mozilla’s Firefox into second position on the list of the world’s most popular browsers.

Edge is still a long, long way behind Google Chrome – which has a 69.5 percent slice of the browser market, compared to Edge’s 9.71 percent.

But as that old adage goes, Rome wasn’t build in a day and Microsoft has definitely made plenty of positive inroads in 2020, and the ongoing push from IE11 to Edge could only help further strengthen the browser’s userbase going into next year.