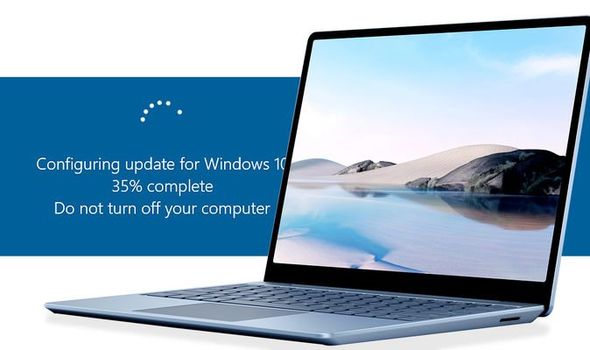 Microsoft has suspended its Windows 10 updates until the new year as the multinational technology firm starts to wind down for the Christmas holidays. This is something that takes place every year, although Microsoft is slowing down operations a little earlier this year. The company won’t be offering any new features throughout December in order to not over-stress its developers or company admins.

Of course, if something goes awry, Microsoft will provide an update to fix it. The Redmond-based company has confirmed that crucial security updates will still be made available throughout December as needed. But there will be a limited number of engineers working during the month as Microsoft rewards its employees with annual leave after an unprecedented year.

In a note to Windows users, it stated: “Because of minimal operations during the holidays and the upcoming Western new year, there won’t be any preview releases for the month of December 2020. Monthly servicing will resume with the January 2021 security releases.”

For Windows 10 users who will be using their laptops and desktop PCs to work, contact loved ones and study over the Christmas period – this is good news. Windows 10 updates have drawn criticism recently after a string of issues managed to find their way into the releases, including Blue Screen of Death errors, installation issues, problems with user profiles, and a truckload more.

Some of these issues have since been fixed, while Microsoft is still working on patches for others.

By pausing plans to bring new features, new visual styles and other flashy new updates until January 2021, the remaining engineers should have time to patch some of these errors (as well as any others which are uncovered in the next few weeks). Not only should that mean Windows 10 becomes more stable over the crucial Christmas period… it also removes the possibility that a shiny new update introduces new issues.

If you’re an administrator in charge of rolling out updates to Windows 10 computers for a large organisation or school, this is good news as it means you’re more likely to find time to put your feet up over Christmas too.

It’s only been a few weeks since Microsoft rolled out its Windows 10 October Update to more than one billion users worldwide. As well as the usual stability tweaks and performance improvements, the October Update – one of two feature-packed updates scheduled for each year – also includes a redesigned Start Menu. Microsoft introduced more transparency to the Live Tiles as part of its new Fluent Design language, which will be rolling out to more elements of the operating system in subsequent updates over the course of the next year.

Windows 10 October 2020 Update also brings more options from the Control Panel to the new Settings page. Given that Windows 10 debuted back in July 2015, it has taken the company an extraordinarily long time to phase out the Control Panel into a single, unified menu for all system settings.

That goal is a step closer to happening with Windows 10 October 2020 Update, although you’ll probably still have to dig into the Control Panel every so often.

The latest update also includes the recently reimagined Microsoft Edge web browser, which uses the same Chromium code as Google Chrome. Microsoft has enjoyed huge success with the new Edge, which is now the second most-popular browser worldwide. From now on, Windows 10 users won’t be able to access the older (and significantly less popular) option. Windows 10 October 2020 Update also adds the ability to Alt+Tab through Edge tabs, which should speed up your productivity.