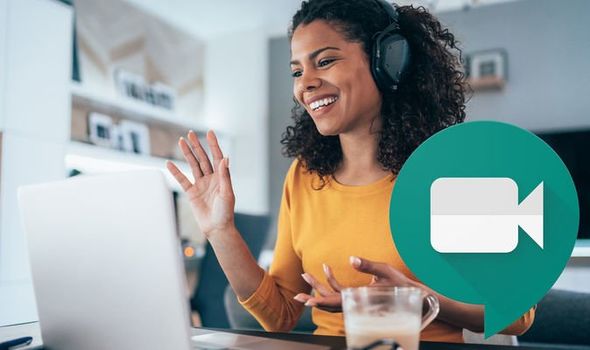 Google Meet has taken a leaf out of Zoom and Microsoft Teams’ book by introducing a handy new feature that its big video conferencing rivals have had for some time. In the summer the Mountain View firm announced a number of features that would be heading to Google Meet in 2020, including a seven by seven grid for 49 meetings participants and blurred backgrounds. And now one of these features that Google previously announced – virtual hand raising – has just arrived in Meet.

As with Zoom and Microsoft Teams, this feature lets a Google Meet user click a ‘raise hand’ button when they want to speak up or raise an issue.

By doing this, it allows the person in charge of a gathering in Google Meet to organise things so each person who wants to say something gets their turn – without lots of people talking over one another.

When a participant raises their hand, the meetings moderator in Google Meet will hear a sound notification letting them know someone wants to jump in and speak up.

In the meeting details area of a screen, the moderator will be able to see all of the participants that have raised their hand.

This helps them co-ordinate who takes turn speaking up, and once a person has finished speaking the Google Meet moderator can lower a user’s hand.

While a participant who raised their hand will be able to press a button to lower it if they have their question answered during the discussion or if they just change their mind.

The feature began rolling out on Tuesday November 17, with Google saying it will help stop disruptions to the flow of conversations and prevent people from interrupting one another.

Speaking about this feature in a blog post, the Google Meet team said: “Video meeting participants can now let you know if they have a question or indicate that they would like to speak by raising their hand in Meet. In large meetings, this helps to increase participation while not disrupting the flow of the conversation and helps to prevent people from interrupting one another.

“To raise your hand in Meet, click on the ‘Raise Hand’ button on the bottom bar during the meeting. Once the button is pressed, it will change to a “Lower Hand” button, which can be clicked to lower your hand.”

If you like the sound of this feature then don’t worry, you won’t have to do anything to enable it.

Admins who have organised a chinwag don’t need to worry about activating it in settings as it will be on by default.

The hand raising feature has begun rolling out to Workspace and G Suite customers, but at the moment it isn’t available for those with a personal Google account or Workspace Business Starter and G Suite Basic customers.

This new tool isn’t the only feature that Google Meet has recently copied from Zoom and Microsoft Teams.

Earlier this month Express.co.uk reported that Google Meet has at last caught up with Zoom and Microsoft Teams by adding customisable backgrounds.

This is a quirky feature that Zoom initially made popular before Microsoft Teams went on to include it as well.