The race to the White House has been one of the most dramatic in recent history, with record turnouts and allegations of widespread electoral fraud. Millions of Americans took to the polls on Tuesday, November 3, to cast their ballot in person while an unprecedented number of people also cast their votes by post due to the coronavirus pandemic. Joe Biden may have emerged victorious, backed by 75 million Americans, but doubts have been cast over the US election results by America’s Republicans.

Due to the unusual circumstances caused by the COVID-19 pandemic, President Donald Trump has refused to concede defeat and has instead launched legal appeals to have the mail-in votes recounted or overturned, believing they were fraudulent.

And although the election day took place almost one week ago, thousands of ballots are still being processed and counted.

Despite this, many US and international outlets have called the result – as is tradition – after it became obvious Mr Biden has crossed the 270 vote threshold needed to win the Electoral College.

Mr Trump, however, alleges he has won the election, despite not offering any concrete evidence to back his claims. 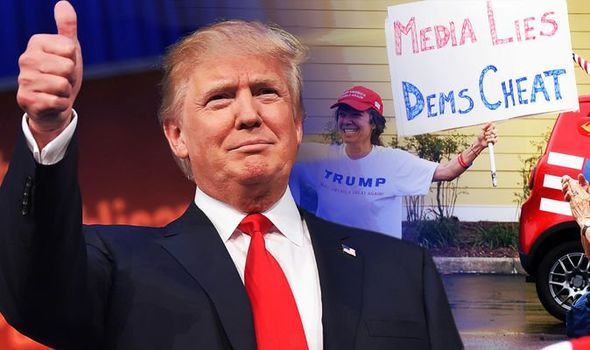 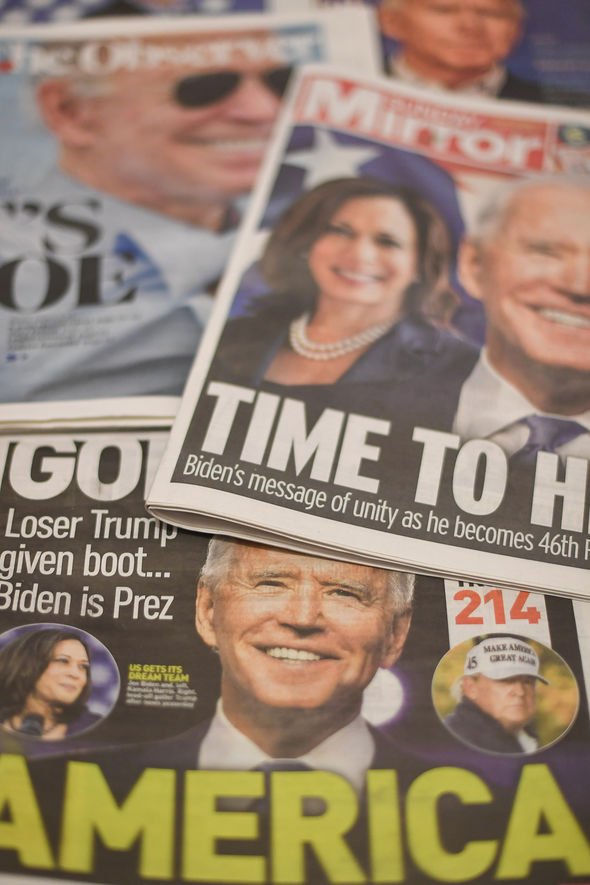 He tweeted on Sunday: “Since when does the Lamestream Media call who our next president will be? We have all learned a lot in the last two weeks!”

Mr Biden has been accepted as President-Elect but the election’s results will not be officially certified until December 14.

And before that happens, a scripture expert and professor of Bible studies has told Express.co.uk the tides could still change in President Trump’s favour.

Tom Meyer of Shasta Bible College and Graduate School in California, US, said: “I believe the Biblical gift of prophecy – the revelation of God to men – ceased with the Apostolic Age.

“Therefore, I do not have an oracle from God concerning the future of the disputed American election. But I will share with you what I think will happen next.

“Even though the 2020 American presidential election has been called for Joe Biden by the media, I believe Donald Trump, who hasn’t conceded, will still win the 2020 election in spectacular fashion.

“For example, it is no coincidence that 45 days before the 45th President of the United States attempted to be reelected Supreme Court Justice Ruth Bader Ginsberg suddenly died thus providing President Trump the opportunity to install a conservative justice, Amy Coney Barrett to fill the liberal judges place days before the election.

“This intervention neutralizes the conservative-leaning and wild-card Justice John Roberts from siding with the liberals and thus guarantees a normal, literal, grammatical, historical interpretation of the Constitution by a majority of the judges if the election results were to be determined by the highest court.

DON’T MISS…
If THIS is Biden’s idea of healing US she’ll hurt for a long time [COMMENT]
What happens if Donald Trump refuses to concede? [EXPLAINER]
US election final result: When will states report final votes? [INSIGHT] 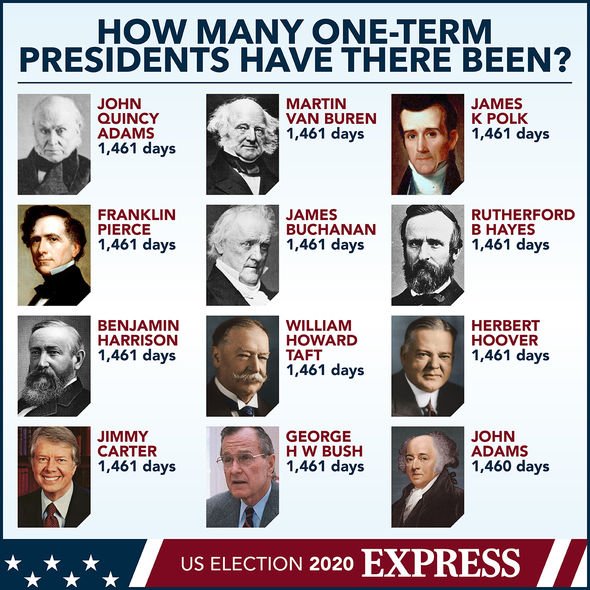 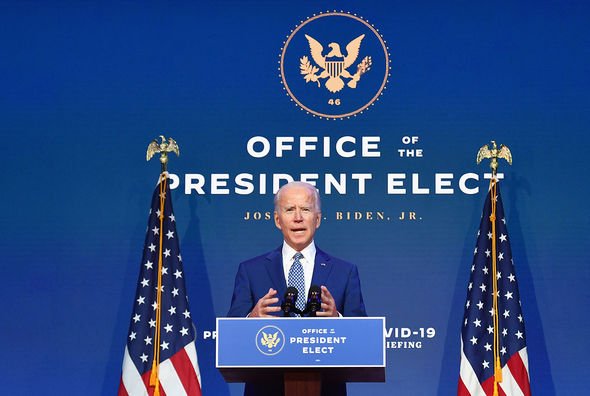 “The Trump team has already stated that this election will not be decided by the media but by the courts.

“I can foresee the possibility of the Supreme Court siding with President Trump that legal votes count and illegal votes do not count thus awarding him the 2020 election that he claims he rightly won by a large measure in the first place.”

Professor Meyer believes America will then move towards a “golden age of unparalleled wealth and power” the likes of which has not been seen since the Roman Empire.

However, before that happens, the Bible expert predicts turmoil and rioting on the streets of America.

He said: “Having been unshackled from several failed attempts to remove him from office – the Russia hoax, the Muller investigation, Impeachment, the attempted theft of the 2020 election – the most powerful man in the world, the President of the United States, Donald J Trump, will fully establish his agenda to Make America Great Again in his second term.”

Other election experts are, however, not so sure Mr Trump’s efforts to overturn the results will amount to anything.

President-Elect Biden holds a lead of tens of thousands in many key states, including a lead of about 4 million in the popular vote.

Harvard Law professor Michael Klarman said: The Court isn’t going to overturn the election result. The election isn’t close enough for any of Trump’s litigation to affect the result.

“What the president wants is to stop the counting of votes in Pennsylvania (while demanding that vote counting continues in Arizona!).

“But there is no legal controversy about the votes in Pennsylvania. They were received before election night. There is no question they should count.”