The latest analysis of pterosaurs’s teeth has revealed much more about Earth’s earliest flying reptile – the pterosaur. Palaeontologists at University of Leicester and the University of Birmingham used cutting-edge dental micro-wear analysis to examine the patina still surprisingly visible on the teeth of 17 different species of pterosaur.

And when compared these with similar patterns on the teeth of modern-day reptiles, such as crocodiles and monitor lizards, they revealed much more about the diet of their ancient ancestors.

Our analysis has yielded some fascinating insights into individual species, but also into some of the bigger questions around how these pterosaurs evolved

The researchers were for the first time also able to demonstrate how the technique was capable of challenging long-held conventions about their lifestyles and evolution, in addition to their diet.

Dr Jordan Bestwick of the University of Birmingham and the study’s lead author, said: “Most existing ideas about what pterosaurs ate come from comparisons of the shapes of their teeth with those of living animals.

“For example, if the animal had conical teeth like a crocodile, we might assume it ate fish. 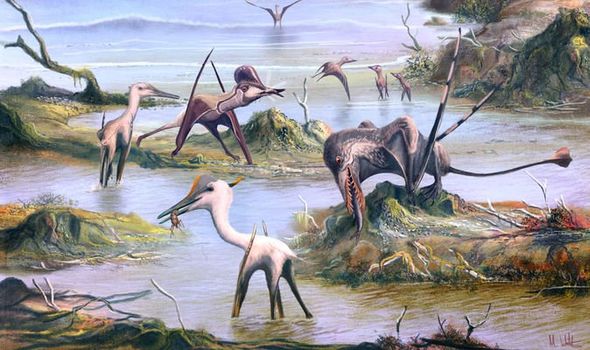 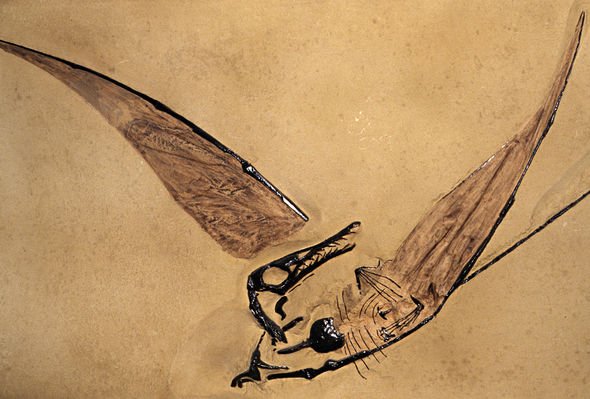 “But this approach has obvious shortcomings – the teeth of pandas and polar bears, for example, are similar, but comparing them wouldn’t give us an accurate picture of their diets.”

Their modern-day relatives with rougher wear on their tooth surfaces are more likely to consume crunchy foods.

These include shelled invertebrates, such as beetles and crabs.

But reptiles whose diets consist of soft items, such as fish, have significantly smoother tooth surfaces. 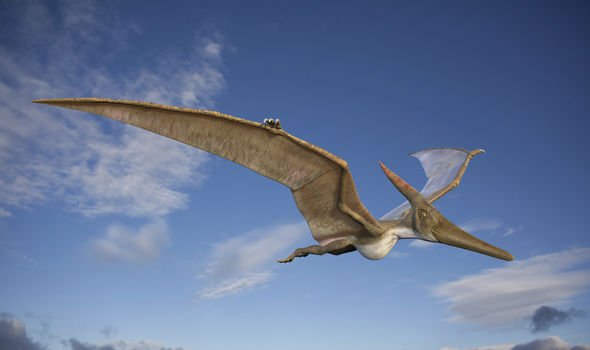 And by extending such logic to pterosaurs, palaeontologists were able to determine the diet of each species.

Dr Bestwick added: “Our analysis has yielded some fascinating insights into individual species, but also into some of the bigger questions around how these pterosaurs evolved and whether their lifestyles were more similar to those of modern day birds or reptiles.

“Evidence from dental micro-wear analysis can shed new light on this debate.”

Professor Mark Purnell, Professor of Palaeobiology at the University of Leicester said in a statement: “This is the first time this technique has been applied in this way to ancient reptiles, and it’s great to find it works so well.

“Often, palaeontologists have very little to go on when trying to understand what extinct animals ate.

“This approach gives us a new tool, allowing us to move from what are sometimes little more than educated guesses, into the realms of solid science.”

Among the fossils used in the landmark new palaeobiology study, the teeth of a long-tailed pterosaur from the Jurassic period known as a Rhamphorhynchus was examined.

The researchers discovered how young Rhamphorhynchus had insect-based diets, in contrast to their adult counterparts, who would have likely eaten fish.

This suggests the adults in this species looked after their young – a behaviour common in reptiles, but rarely exhibited by birds. 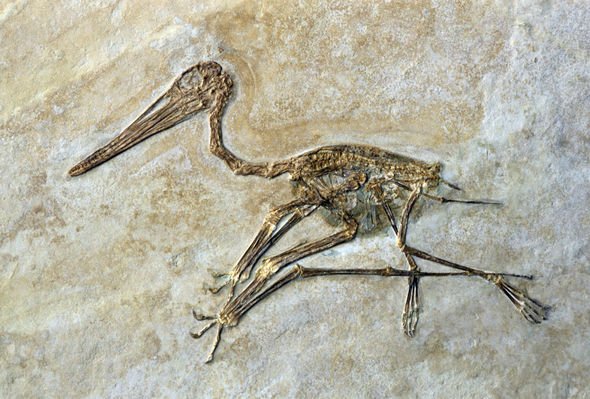 The team also investigated whether their analysis could reveal more about how different types of pterosaurs evolved over time.

Pterosaurs are now known to have lived up to 210 million years ago, eventually dying out at the same time as dinosaurs.

And according to the dental micro-wear analysis, there was a general shift in diet from invertebrates such as insects, towards a more meat or fish-based diet during this period.

“The shift towards eating fish or meat coincides with the evolution of birds.

“We think it’s possible, therefore, that competition with birds could explain the decline of smaller-bodied pterosaurs and a rise in larger, carnivorous species.”