The US space agency is set to announce an “exciting new discovery” about the Moon made from the Stratospheric Observatory for Infrared Astronomy (SOFIA) at 4pm today. The modified Boeing 747SP carries a 2.7-metre reflecting telescope at heights of between 38,000 and 45,000 feet, allowing astronomers to study the Solar System and beyond in ways that are not possible with ground-based telescopes. In a statement, the space agency said: “This new discovery contributes to NASA’s efforts to learn about the Moon in support of deep space exploration.

“Under NASA’s Artemis programme, the agency will send the first woman and next man to the lunar surface in 2024 to prepare for our next giant leap – a human exploration of Mars as early as the 2030s.”

Ahead of the announcement, footage of a bizarre discovery made inside a crater on the lunar surface was unearthed during the Science Channel’s ‘NASA’s Unexplained Files’.

Narrator Erik Dellums explained: “NASA’s Lunar Reconnaissance Orbiter takes an image that offers to shed new light on the mysteries of the Moon.

“As the craft scans an ancient volcanic plane known as the Sea of Islands, it spots an unusual 130-foot-wide crater below it.” 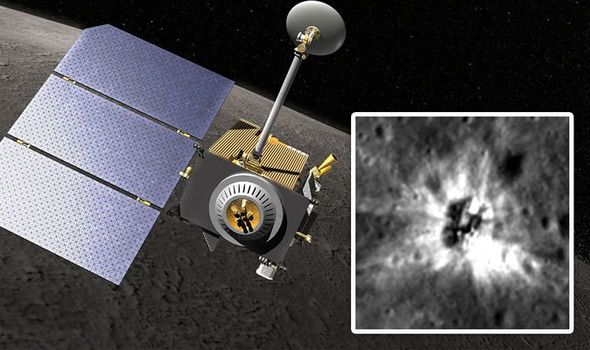 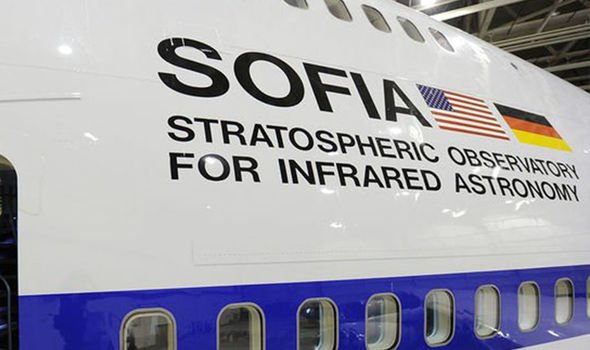 He said: “I’ve studied a lot of craters on the Moon, this is different.

And planetary scientists Matt Genge added: “It looks like something has smashed into the Moon. It’s really odd.”

Meteor expert Julia Ann Cartwright said the possibility of it being caused by a space rock could be ruled out as it lacked “the typical round shape of the rim that we normally find when we’re trying to examine impact craters on the Moon”. 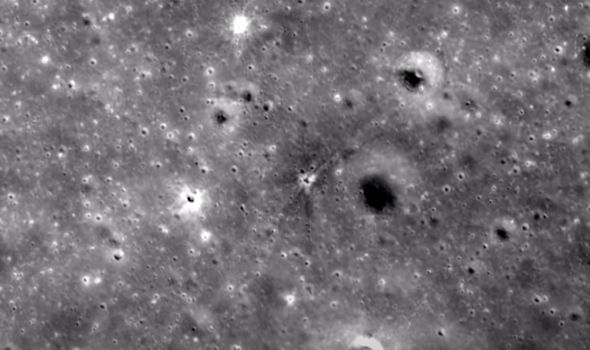 The documentary went on to detail how researchers then came up with a theory, suspecting the object came from a failed Apollo mission.

Mr Dellums added: “Whatever landed here is no meteorite.

“When astronomers zoom in on the object in the crater, what they discover shocks them.

“One possible suspect is the relic of a weird experiment carried out by NASA over four decades ago.

“On April 19, 1972, the Apollo 16 crew deliberately crashed their S-IVB rocket booster into the Moon. 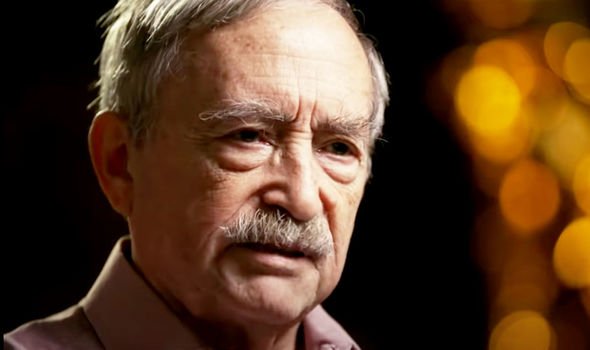 “The plan was to measure shockwaves from the impact to learn more about the Moon’s internal structure.”

Apollo 15 astronaut Al Worden revealed why NASA wanted to carry out such an experiment.

He said: “We had seismographs on the lunar surface that would have picked up the impact of the S-IVB.

“It was very valuable to those who were trying to develop from the seismograph signals a picture of the internal mass of the Moon and what it was like.”

Mr Dellums detailed how the space agency concluded the object was most likely from this mission but continued to study high-resolution images to confirm their suspicions. 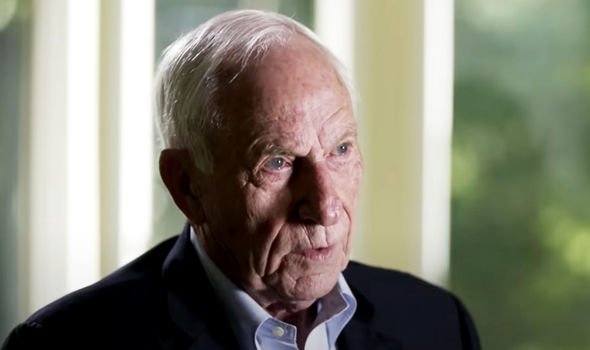 “The length of the object in the image matches the Apollo booster and scientists believe the huge cylinder is one of the few objects strong enough to withstand such a violent impact.

“It appears that after half a century of searching, the mystery of the disappearing Apollo booster may have finally been solved.”