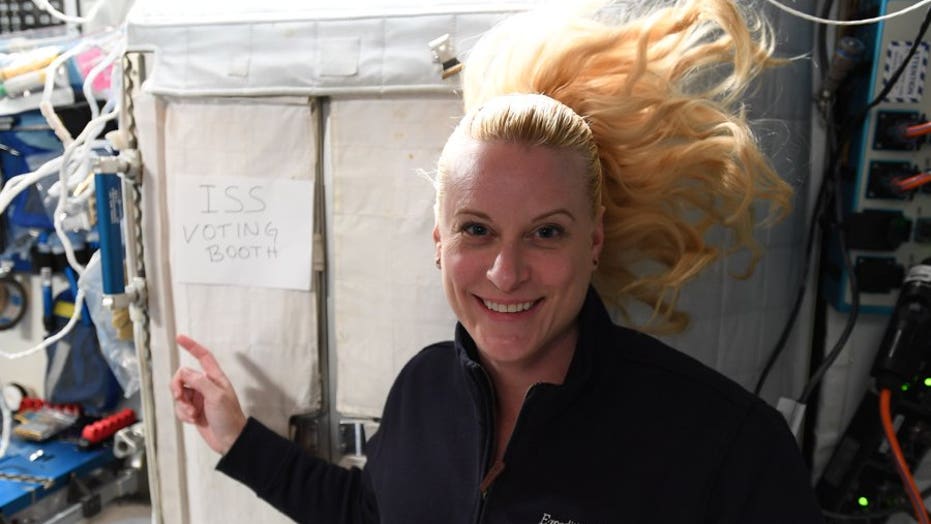 Starting Saturday, New Yorkers can cast their ballots early for president for the first time in history; Alex Hogan reports.

NASA astronaut Kate Rubins, the only American not on the planet, has cast her vote from space.

“I voted today,” tweeted Rubins from the NASA Astronauts Twitter account on Oct. 22. The astronaut was pictured in front of an enclosed area on the orbiting space lab marked “ISS voting booth.”

HOW DO NASA ASTRONAUTS VOTE IN SPACE?

The space agency has a motto of “vote while you float” for astronauts. 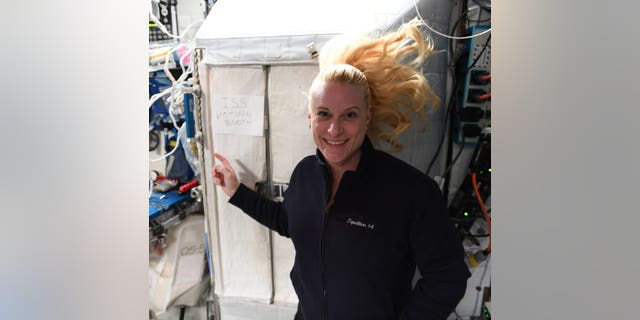 “Like other forms of absentee voting, voting from space starts with a Federal Postcard Application, or FPCA,” NASA says on its website. “It’s the same form military members and their families fill out while serving outside of the U.S. By completing it ahead of their launch, space station crew members signal their intent to participate in an election from space.”

Once the FCPA is approved, the county clerk who manages elections in the astronaut’s home county sends a test ballot to a team at NASA’s Johnson Space Center, according to NASA. A space station test computer is then used to test whether it can be filled out and sent back to the county clerk.

“After a successful test, a secure electronic ballot generated by the clerk’s office of Harris County and surrounding counties in Texas, is uplinked by Johnson’s Mission Control Center to the voting crew member,” NASA says. “An email with crew member-specific credentials is sent from the county clerk to the astronaut. These credentials allow the crew member to access the secure ballot.”

“The astronaut will then cast their vote, and the secure, completed ballot is downlinked and delivered back to the County Clerk’s Office by email to be officially recorded,” NASA adds. “The clerk has their own password to ensure they are the only one who can open the ballot. It’s a quick process, and the astronaut must be sure to submit it by 7 p.m. local time on Election Day if voting as a Texas resident.”

In 2016, NASA astronaut Shane Kimbrough, who at the time was the only American off the planet, voted in the presidential election from the International Space Station.

NASA explained that the system was first employed in 1997 for former astronaut David Wolf when he was flying a long-duration mission on the old Russian space station Mir. Because Wolf’s mission spanned Election Day, the process was set up to enable him to vote in space.

Rubins also voted in space four years ago during a 115-day stint on the International Space Station. She voted prior to her return to Earth on Oct. 30, 2016.

The Associated Press contributed to this article.