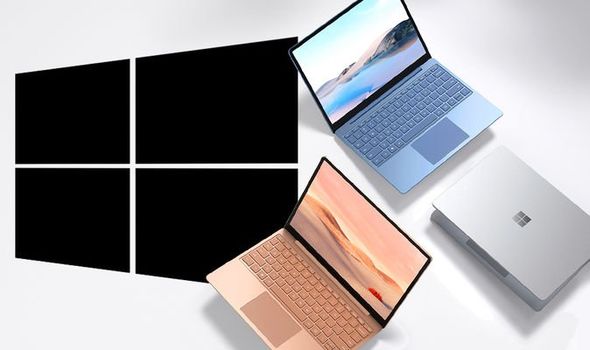 After months of waiting, Windows 10 users can finally sink their teeth into the latest feature-packed update. Microsoft regularly pushes out bug fixes, stability improvements and performance tweaks to the one billion or more PCs powered by Windows 10, however, it saves the biggest new additions for two blockbuster updates each year. Windows 10 October Update is the second upgrade scheduled to launch this year and brings a redesigned Start Menu, deeper integrations with the new Microsoft Edge, and more.

With these substantial software updates, Microsoft staggers the roll out worldwide. This is designed to ensure that its servers can cope with the huge amount of demand for the new version of Windows 10, however, it also means the Redmond-based firm can slam on the brakes if a disastrous problem is unearthed within the software in the first few days. These bugs, sometimes referred to as “showstoppers”, have halted the roll out of a number of previous Windows 10 updates.

So, while it’s cautious for Microsoft to take its time… it can be infuriating if you’re sat at home patiently waiting to test out the new designs and latest features.

Thankfully, there is a way to kickstart the download a little early. First things first, you should check to see whether Windows 10 October Update has landed in your Windows Update tool. To do that, search for “Windows Update” in the search box besides the Start menu icon, then click “Check for updates”. If the update is ready and waiting, you should see an item called “Feature update to Windows 10, version 20H2” (version 20H2 is what Microsoft is calling its new update inside the company). Click “Download and Install” to begin.

To do that, Microsoft requires users to download and use the Windows 10 Media Creation Tool – it won’t let you download that all-important ISO file, which lets you kickstart the installation of a new version of the operating system, directly. Using the Windows 10 Media Creation Tool takes a bit of extra time, but it’s not disastrous. Pay a visit to this website and click the Download Tool button. Save the MediaCreationTool20H2.exe file to the desktop. Once it’s finished downloading – this could take a little while depending on your internet speed at home – double-click it to begin the process.

Microsoft will get you to accept the license agreement of the new software, then the tool will run a few checks on your system to make sure everything is compatible with Windows 10 October Update. After that’s done, you should select the option called “Create installation media (USB flash drive, DVD or ISO file) for another PC” and hit “Next”.

The tool will pick the system language and a number of other crucial settings based on what you’re already using on your PC, so there’s no need to worry about those. If you’ve got a sudden desire to use Windows 10 in a different language, you can change all of these options by unticking the option marked “Use the recommended options for this PC”.

Click “Next”, and you’ll be prompted to save the all-important ISO file to a folder of your choice. Microsoft will then download everything it needs for the installation, which could take some time. Once that’s finished, you’ll need to burn it to a DVD or drop it onto a USB drive to run through the installation process on your computer(s).

Windows 10 October Update isn’t the biggest update to the desktop operating system. In fact, Microsoft was forced to delay a number of features as these weren’t ready in time. However, there are a few notable upgrades. First up, there’s the new Start Menu.

Windows 10 has been available for half a decade now, but in all of that time, Microsoft hasn’t touched the look of the Start Menu. That makes sense – after all, the Start Menu is one of the most important features in the operating system as it acts as your primary gateway to apps installed on your machine, the files stored locally or in the cloud, and settings.

With Windows 10, Microsoft addressed one of the most common complaints with the previous versions of the operating system, Windows 8 and Windows 8.1, and killed the fullscreen list of apps in favour of a traditional pop-up menu. But now, five years after it launched Windows 10 worldwide, it seems Microsoft is ready to make some tweaks to the Start Menu. Thankfully, the company has returned to the disastrous fullscreen look we suffered through with Windows 8, however, it now offers a much cleaner Start Menu with a translucent background that gently blurs into your desktop background image – or any of the windowed applications that happen to be running when you launch the pop-up menu.

Known as Fluent Design, Microsoft is slowly bringing this softer look to more and more of its applications and icons. Speaking of icons, there are less busy when compared with the previous design. Icons are located in the middle of the tile with translucent open space around the edges – instead of filling the entire square, like you’ll find on earlier iterations of the Windows 10 Start Menu. 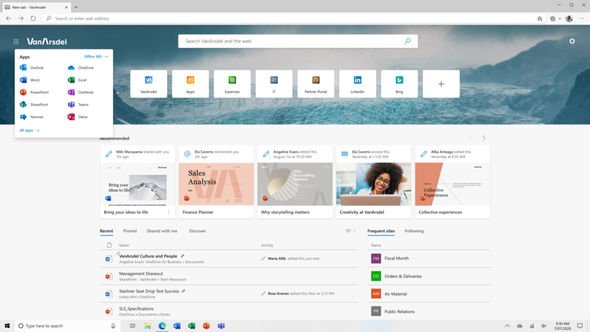 Don’t worry though, Live Tiles will still be very much part of the design. This is one of the trademark features of the latest version of Windows and surfaces new emails, headlines and weather updates in the small icon within the Start Menu – so there’s no need to click to open specific apps to find out what you need to know.

If you’re interested in personalisation, Microsoft now lets you add an accent colour to jazz up the look of the Start Menu. This colour will also run through the taskbar and Action Centre in the Windows 10 Settings.

Elsewhere, the Windows 10 October Update adds the option to increase the refresh rate of your display direct from the Settings menu …rather than having to dig through the standalone settings menu shipped with your graphics card software. Notifications now include a small app logo, so you’ll be able to find out which application is vying for your attention with a glance. Microsoft has also ditched notification when using Windows 10 in tablet mode.

The final change will appeal to those who use Microsoft Edge as their primary web browser. Launched earlier this year, the new Microsoft Edge might share its name with the much-maligned app that launched alongside Windows 10 five years ago.. but that’s all they have in common. Built from the ground up using the same Chrominium codebase that powers the Google Chrome browser, Microsoft Edge has a stripped-back design, faster performance and baked-in compatibility with all Chrome extensions, web apps, and more. It was a bold move, but one that seems to have seriously paid off.

Microsoft Edge is now the second most popular web browser on the planet… although, it’s still comfortably behind Google Chrome.

With Windows 10 October Update, the new web browser is more integrated into the desktop operating system. For example, if you pin websites to your taskbar, hovering over the icon will bring up previews of all the tabs you have open for that site. Not only that, but Windows 10 October Update changes how alt-tab switching between windows will work. Not only will you be able to zip through the apps you have open, but individual tabs open in Edge will appear in that view. So, you can quickly switch between two open Edge tabs and a Word document by hammering the same alt-tab shortcut on your keyboard. Simples.