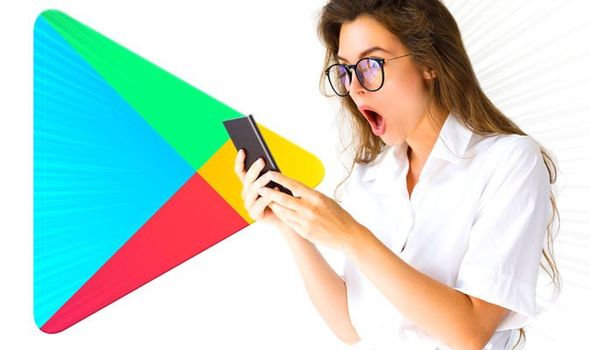 Google has brought its Play Points to the Google Play Store in the UK – almost a year after the reward scheme was first announced for the United States, following a number of successful pilot schemes in Japan and South Korea. For those who don’t know, Play Points is a rewards program that lets Android smartphone and tablet owners earn points when shopping in the Play Store.

Since the vast majority of Android users already get most of their apps and games from the Google Play Store, you won’t have to make any dramatic changes to your habits to start earning points. And as the old proverb goes, points mean prices. Play Points can be redeemed to download special items and discounts in games like Candy Crush Saga and Pokémon GO. Better yet, Play Points can be exchanged for Google Play Credit to buy or rent films, ebooks, games, or paid-for apps from the Play Store.

It’s free to join the scheme, which now has a dedicated tab in the left hand-side menu on the Google Play Store. You can earn points when downloading from the Play Store in your desktop web browser, or using the dedicated app on your Android smartphone, tablet, or Chromebook. This is something that Apple doesn’t offer with its App Store, which is used to distribute apps on iPhone and iPad – likely because the App Store is the only option on Apple devices, with no third-party software repository available.

Google has competition from a number of third-party options. Android users can also download apps direct from the software developers. For example, Fortnite – which has been banned from the Play Store and App Store due to a disagreement between creator Epic Games and Google and Apple, respectively – is still available for Android smartphone owners to download from the Epic Games site.

Clearly, Google doesn’t want users straying too far from the Play Store – and it’s willing to throw in some very attractive incentives as a result. According to Google, “With Google Play Points, you’ll earn points on everything you buy with Google Play, including in-app items, movies, books, subscriptions and more. You can also earn Play Points by downloading featured free apps and games.

“Weekly points events can boost your earning rate on movies, books, and select games. Google Play Points has four levels, from Bronze to Platinum. Your level depends on how many points you’ve collected, and higher levels have perks like weekly prizes.”

Google Play Points is currently available in the UK. It’s free to join and Google doesn’t charge any monthly fee for your membership. Not only that, you’ll earn three times the Play Points on everything you buy your first week. There are also some bonuses for buying some smartphone models – for example, our account has been credited with 600 points for registering a Pixel 5 in the last week.

To get started, open the Play Store app on your Android device. Tap Menu, then Play Points.

Of course, it goes without saying that owners of recent Huawei smartphones won’t be able to benefit from the new Play Points scheme. That’s because an ongoing trade ban implemented by US President Donald Trump’s administration has blocked Huawei from engaging with American companies, like Google. As such, Google is unable to supply Huawei devices with operating systems or services – so the P40 Pro cannot load-up Google Maps, YouTube, Google Photos, or access the Google Play Store to download books, movies, or third-party apps, like Snapchat and Facebook.