The caldera inside Yellowstone National Park has the potential to cause untold devastation in the event of a supereruption – something that has not happened in 630,000 years. Located below the states of Wyoming, Montana and Idaho, the area is constantly monitored by the USGS (United States Geological Survey) for any changes in the system. But, after experts said the chances of another supereruption “in our lifetime” were close to one-in-a-million, science writer Bryan Walsh asked: “Why isn’t anyone taking this problem more seriously?”

The author of ‘A Brief Guide to the End of The World’ claimed: “Unlikely isn’t the same thing as impossible, even though it’s human nature to conflate the two.”

In an article promoting his book, Mr Walsh said the possible catastrophic event would be “like nothing humanity has ever experienced,” before outlining what he believed would be the initial signs of disaster.

He wrote: “First would come increasingly intense earthquakes, a sign that magma beneath Yellowstone was rushing toward the surface.

“Then magma would burst through the ground in a titanic eruption, discharging the toxic innards of the Earth to the air. 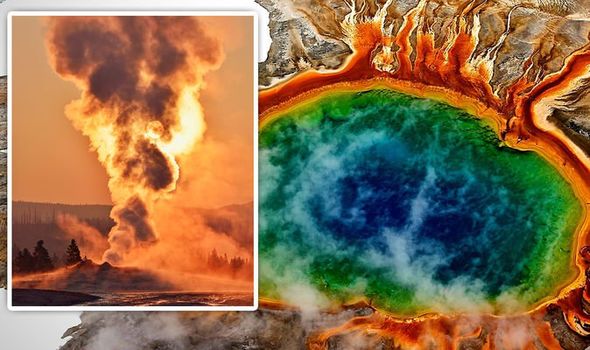 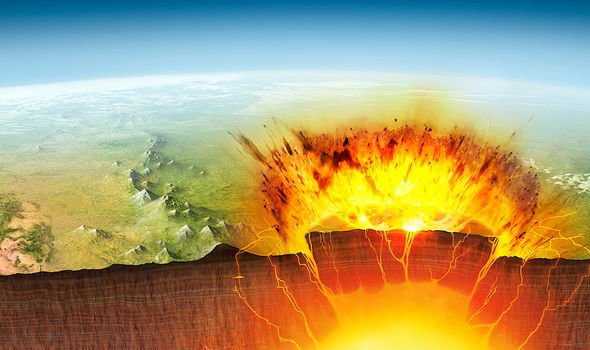 “It would continue for days, burying Yellowstone in lava within a 40-mile radius.

“But the devastation around Yellowstone would be just the beginning.”

Mr Walsh went on to detail why he believed more Americans should be concerned about the possibility of this scenario unravelling.

He added: “Volcanologists believe a Yellowstone supereruption would bury large swaths of Colorado, Wyoming and Utah in up to three feet of toxic volcanic ash.

“Depending on the weather patterns, much of the Midwest would receive a few inches, too, plunging the region into darkness. 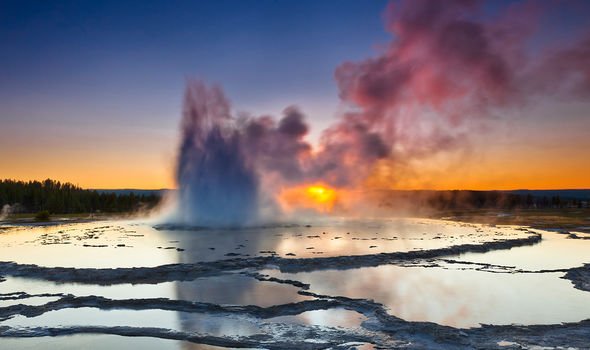 “Even the coasts – where a majority of Americans live – would most likely see a dusting as the ash cloud spread.

“Crops would be destroyed, pastureland would be contaminated, power lines and electrical transformers would be ruined, potentially knocking out much of the grid.”

But Mr Walsh claimed the devastation would not be restricted to the US.

He added: “Modelling by meteorologists has found that the aerosols released could spread globally if the eruption occurred during the summer.

“Over the short term, as the toxic cloud blocked sunlight, global average temperatures could plunge significantly – and not return to normal for several years. 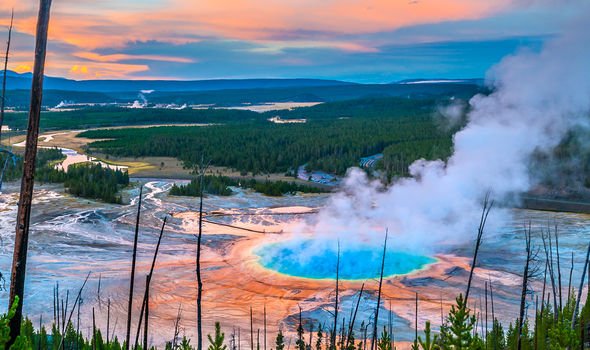 “That might be enough to trigger a die-off of tropical rain forests. Farming could collapse, beginning with the Midwest.

“It would be the greatest catastrophe since the dawn of civilisation.”

The USGS estimates the probability of an eruption at one in 730,000 in any given year, but Mr Walsh believed “existential risks” like Yellowstone should be getting more attention and funding.

He continued in 2019: “Aviation accidents around the world caused 556 deaths last year.

“The Federal Aviation Administration alone spends more than $7billion (£5.4billion) a year on aviation safety, yet the US spends only about $22million (£17million) annually on its volcano hazard programmes — even though supervolcanoes, over the long term, will kill far more people than plane crashes.

“The difference, of course, is that aviation poses a risk that is relatively constant and known. 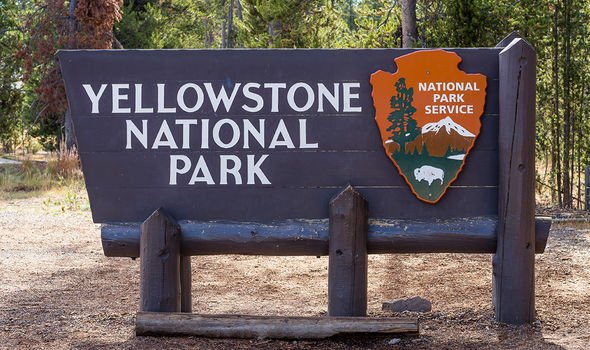 “Yet that could happen with a supervolcano, an asteroid strike or a nuclear war.”

The author concluded by stating “what has happened before can and will happen again, eventually,” adding that by ignoring the threat of Yellowstone, “we leave ourselves vulnerable”.

Despite this, a recent study suggested that the hotspot could currently be in a state of decline.

The findings were based on analysis of volcanic deposits that were scattered across tens of thousands of miles in the region.

University of Leicester volcanologists Thomas Knott, said in June: “We discovered that deposits previously believed to belong to multiple, smaller eruptions were in fact colossal sheets of volcanic material from two previously unknown supereruptions at about nine and 8.7 million years ago.”

The two super-eruptions took place during the Miocene, and brings supereruptions for the region in this era to six, suggesting that the area experienced such eruptions an average of once every 500,000 years.

By contrast, over the past three million years, the Yellowstone hotspot has seen just two supereruptions.

The scientists believe this may indicate that the frequency of such events is slowing considerably.

‘End Times: A Brief Guide to the End of the World’ is published by Hachette Books and available to buy here.