Hands-on dads are less likely to show signs of depression in the first year of the child’s life, a new study says.

US researchers asked a racially diverse selection of fathers on their levels of parental involvement and general symptoms of depression.

They found greater time spent with the infant during the week was associated with lower paternal depressive symptoms in the first year after birth.

Fathers can help avoid symptoms of depression even just by having more confidence in their ability as a dad or making sure they’re regularly stocking up on provisions for their baby.

The experts call for more lenient paid paternal leave policies to help dad spend more time with their child, which can benefit their workers’ mental health in the long run. 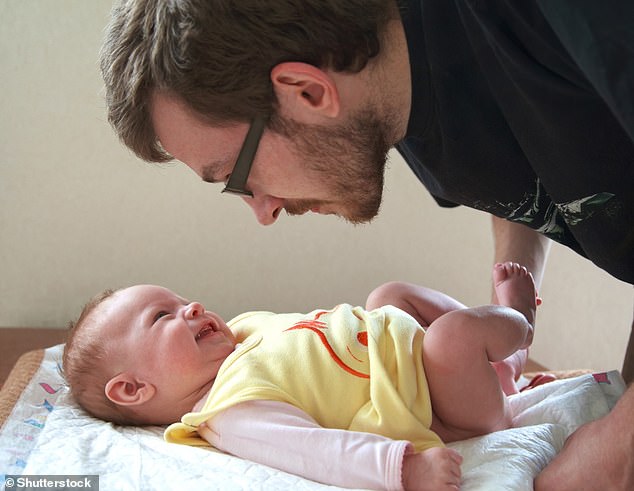 A father’s involvement in the parenting of an infant is associated to a lower risk of experiencing paternal depressive symptoms during the first year of the child’s life, according to the study

‘We found that fathers who were more involved with their infants shortly after their birth were less likely to be depressed a year later,’ said study author Dr Olajide N. Bamishigbin Jr at California State University.

‘In our paper, we suggest a few reasons that greater father involvement in parenting would lead to less depression in fathers.

‘For example, fathers who are more involved during infancy may feel more competent as parents and be more satisfied in their role as parents over time, and this could contribute to lower depressive symptoms.’

Dr Bamishigbin highlights the importance of paid paternal leave policies, which give fathers the opportunity to be more involved with their kids and gain confidence as a parent without having to worry about their economic security.

‘[This] may help allow fathers more opportunities to be involved with their kids and be part of shaping healthier and thriving future generations,’ he said.

‘In turn, this may improve the well-being of the entire family.’

Estimates from prior analyses indicate that approximately 8 to 10 per cent of men experience depression during the transition period to parenting and during early fatherhood.

The highest prevalence of depression is between three to six months after the birth.

However, no known study had examined the link between early paternal involvement and later paternal depressive symptoms following the birth of a child.

To learn more, the team conducted home interviews with 881 low-income ethnically and racially diverse fathers from five different sites in the US, one month after the birth of their baby.

In particular, they examined three parenting indicators – time the father spent with the infant, parenting self-efficacy and material support for the infant. 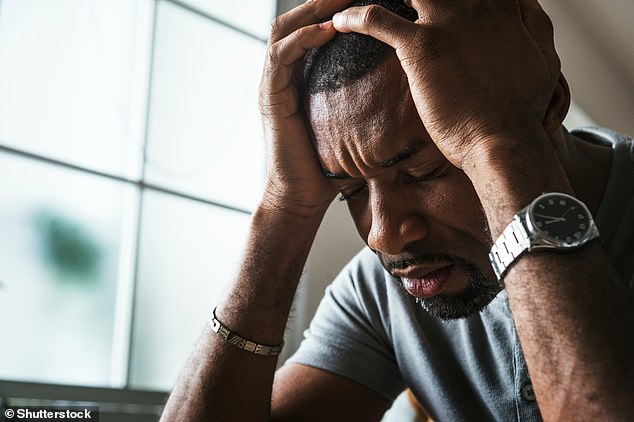 Parenting self-efficacy is the belief in one’s own ability to care for offspring, while material support is the ‘procurement of economic resources and being a provider for the family’.

For self-efficacy, they were asked ‘how confident or comfortable you feel when you hold your baby, put baby to sleep, wash or bathe baby, change baby’s diaper, feed baby, and soothe baby when he or she is upset’.

And for material support, fathers reported how often they provided baby clothing, medicine, baby furniture and other childcare items.

The experts then assessed paternal depressive symptoms at regular intervals – one, six and 12 months after birth – using the Edinburgh Postpartum Depression Scale (EPDS).

EPDS features a range of questions relating to depression post-birth with multiple choice answers, ranging from 0 (no, not at all) to 3 (yes, all the time) – with a lower score indicating lower depressive symptoms.

The team estimated whether the three indicators of father involvement after birth predicted lower subsequent paternal depressive symptoms, after controlling for social and demographic variables.

All three indicators predicted lower rates of depressive symptoms in the fathers in the first year, they found.

Fathers who spent more time with their infants, had greater parenting self-efficacy, and provided more material support for the baby one month after the birth reported significantly lower depressive symptoms when the child was one year of age.

Spending four days or more with the new-born child was significantly associated with lower depression scores.

‘In our study, greater early involvement was related to less depression later on,’ said Bamishigbin. 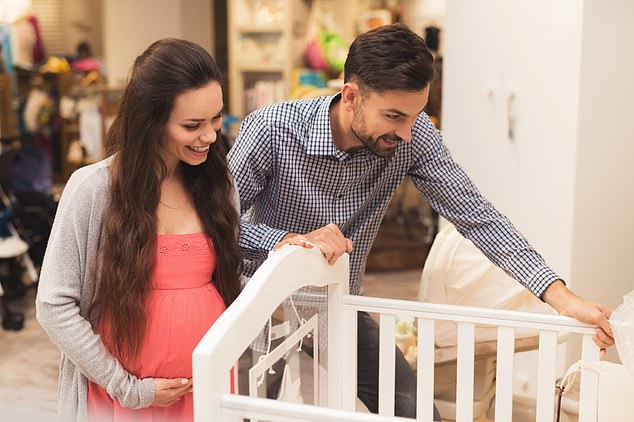 ‘This is very important because, it suggests that, if fathers are involved with their infants early and often, their mental health, and the health of the entire family unit, may fare better.’

After controlling for all demographic, family, and socioeconomic factors, only higher values of paternal self-efficacy scores were negatively associated with the likelihood of depression over the first year of parenting.

A one-point increase in the fathers’ self-efficacy score was significantly associated with lower values of the EPDS scale – meaning as self-efficacy increased, symptoms of depression decreased.

On average, fathers had relatively high score values on parenting self-efficacy, with scores reflecting that fathers feel ‘pretty much’ to ‘very much’ confident or comfortable in executing new-born offspring’s tasks.

‘Fathers who feel competent as parents may therefore be more satisfied in their roles, and as a result, have fewer depressive symptoms.’

Previous research has also focused on paternal involvement as an outcome or a predictor of mother and child focused outcomes.

This is the first to examine the link between early paternal involvement with the infant and later paternal depressive symptoms during the first year after a child is born.

‘Family researchers are recognising, more and more, the vital roles fathers play in the lives of their children and the functioning of the entire family unit,’ said Bamishigbin.

‘As researchers who care deeply about paternal health, we are excited to be a part of this growing field.’

It’s also one of the first to focus on a larger community sample of low-income fathers from diverse backgrounds.

The study has been published in Frontiers in Psychiatry.

THE THREE MEASURES OF PARENTAL INVOLVEMENT

Fathers responded to four items about the time they spent with their infants:

Responses to each question were 0 (no) or 1 (yes) and were summed.

Scores range from 0 to 4 and a higher score indicates more time spent with the infant.

Paternal self-efficacy in parenting tasks was measured with six items.

Fathers were asked ‘how confident or comfortable you feel when you…’

A total of 10 items were used to measure the degree of material support fathers provided for their baby.

Fathers reported how often they provided

Scores were summed and range from 0 to 20.