Researchers plunged miles below the Southern Ocean of the icy continent where they found hydrothermal vents blasting out superheated water. Here, they discovered a whole range of species previously unknown, including crabs, an albino octopus and strange species of starfish. Their findings, published in the journal PLoS Biology, also pointed towards a “new scheme of life” which lives off bacteria produced by the vents, rather than plants.

He said: “These vents are places in the seafloor where you have a lot of volcanic and geologic activity under way.

“The water is superheated hundreds of degrees and because of that path through the rocks below it, the water is filled with minerals and chemicals. 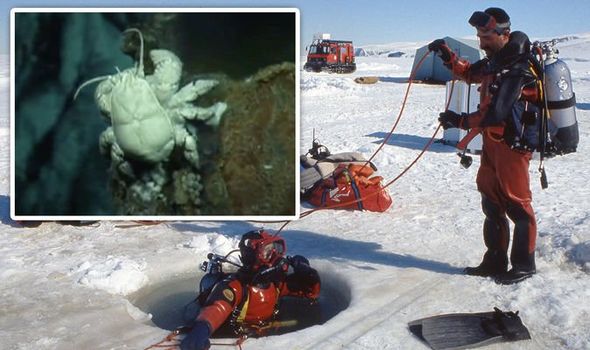 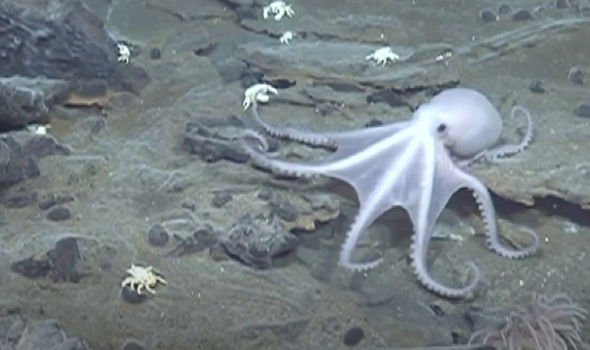 “Some of those chemicals can form these huge formations that are the vent – they call them chimneys – and there are chemicals in the water that are able to support life.”

Scientists uncovered what they dubbed a “riot of life” living in conditions unseen before.

Mr Schrope added in an interview with PBS: “The most striking feature was just hordes of these crabs called yeti crabs that have hairy chests and arms and that they grow bacteria on.

“But everywhere they went, one of the scientists described it as just discovery after discovery – I can’t even remember the count of the number of species.

“There was just a whole range of species that were previously unknown. 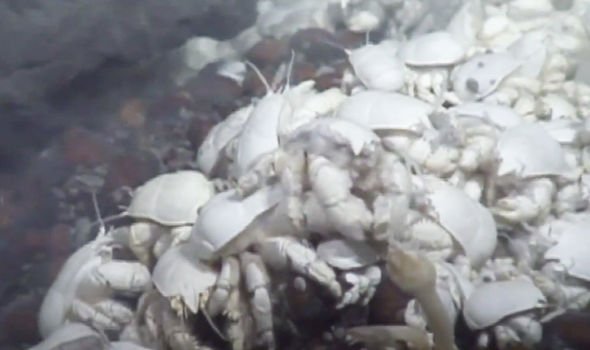 “New species are always interesting, but also the fact that the assemblage there – nobody had ever seen these crabs living like this.

“They looked a little like bones, because they’re whitish, but it’s almost like a beehive, these crabs are just covering the rocks.”

Scientists were thrilled to observe these animals using chemicals rather than sunlight to survive – a possibility that had been proposed before but unseen on this level.

Mr Schrope explained in 2012: “That was the discovery they made in the Seventies, there are certain connections, such as oxygen with the surface, but for the most part what they found in these communities are completely separated from the surface, so no sunlight. 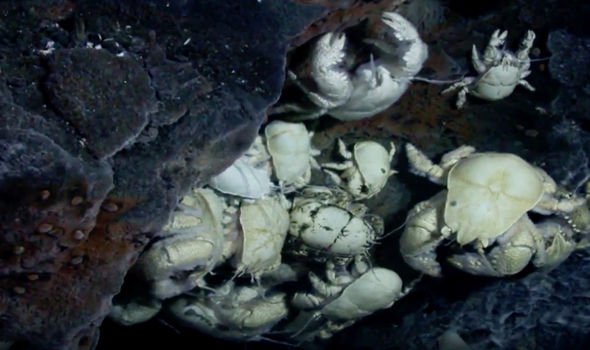 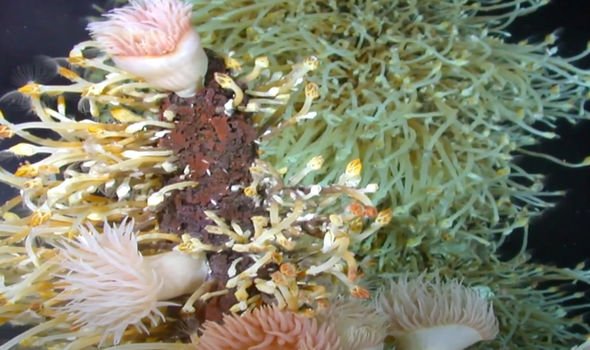 “So they don’t have plants to start life going there, so instead they have bacteria that can – in a similar way to plants using sunlight – use chemicals in the hot water that comes out to make food.

“So all of these vents are dependent on that chemistry, the bacteria at the base of it.

“All of the animals either get their food from the bacteria or they eat the things that eat the bacteria.

“So it was just a whole new scheme of life that people didn’t realise was out there.”