Since as early as 2015, global Xbox boss and Microsoft VP Phil Spencer has been talking about challenging the traditional idea of console "generations", where games are made exclusively for one specific box and get thrown away when the next box arrives.

Now, as Microsoft and Sony each square up to introduce new machines in November — all of which make use of new technologies including advanced solid state drives for faster loading, hardware ray tracing for realistic lighting, and souped-up processors to push graphics beyond the Full HD and 60 frames-per-second standard of previous machines — that change in attitude is on full display.

While the PlayStation 5 is positioned as a new platform with games tailor-made for its specific strengths, the Xbox Series X and Xbox Series S join a growing number of options for playing games in the Xbox ecosystem. 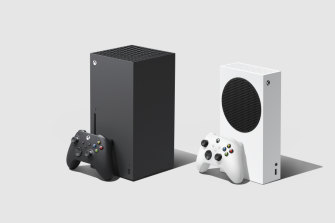 Xbox wants games that come out now to be available to everyone and in perpetuity, and to be updated as hardware improves, while new consoles can play games that users purchased a decade ago. Speaking to The Age and Sydney Morning Herald, Spencer likened it to how things work on PC.

"Our fans will want to know what's unique about this collection [of consoles], and I think that's what the generation is, but I don't think we have to use a generation to exclude players," he said.

At the same time the new systems will launch with the ability to play thousands of games; from 2002's The Elder Scrolls III: Morrowind, to Fortnite, to Assassin's Creed Valhalla which launches the same day as the consoles. Spencer said you can expect games you already own to run faster and look better thanks to the new consoles' power, and technologies like AI-implemented high dynamic range.

"We are respecting the players' decisions and investments with us … I want to be able to turn on my console and see the games that I want to play, not the games that you want to sell me," he said.

Microsoft's two consoles share a lot of the same specs and tech, but the Xbox Series S is significantly smaller and less powerful than the Series X, and lacks an optical disc drive. Xbox says the primary functional difference is that the Series X will play games in native 4K, while the Series S will play in native 1440p (which is between Full HD and 4K). 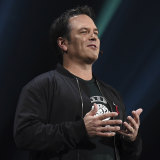 "The power difference between our two consoles is reflected in the price difference between them, and yet they will all play a great library of games," Spencer said. The Series X is $749 while the Series S is $499, and Spencer was also keen to point to a partnership with Telstra that offers buyers the option to pay for an Xbox and Game Pass — a monthly subscription that gives you access to all of Microsoft's games and more than a hundred others — on a 24-month plan.

"The economic uncertainty that many people are dealing with right now is a real life situation. But even in the long run, I think increasing the number of people that can play — not raising the price on what it means to be a member of Xbox — is critical. We want new ways for people to come in and join our ecosystem, and we want to make those as accessible as we can."

In addition to the new machines, Xbox will continue providing games on older consoles, PCs and Microsoft's burgeoning smartphone streaming app, in many cases with game progress and user preferences syncing in the cloud.

Spencer says that Game Pass — which currently has more than 10 million members — is the company's "future platform", and that it will be agnostic across those systems. Consoles sales are no longer the key metric of performance.

"The way we gauge success is how many people are playing on our platform, how long do they play, what's their enjoyment of the games that they play," he said.

"Sure, we're running a business, but the revenue will follow engagement."

The ability to run Game Pass on your phone through cloud streaming launched overseas last week , but is not yet available in Australia, with Spencer saying local staff are currently testing the system in their homes and that launching in Australia is a priority going forward.

Even in the US the system has its limitations. Resolution tops out at 720p, there is necessarily a measure of latency, and it's currently limited to Android devices as Apple won't allow it on iPhone.

"This is the beginning of a platform. And I think we're years away from saying 'hey this is the only way you should play'," Spencer said.

"But for many of our customers it is a convenience feature they can use, and frankly there are some markets where the only device someone has is their phone, and we're more than happy to be able to bring our content and community to those devices for those players."

While Xbox may be bringing the most powerful (by some measures) and least expensive consoles to the next-gen race in November, it's easily the pair of new PlayStations that are most hotly anticipated. The PlayStation 4 became the most ubiquitous traditional home console in the current generation thanks to its exclusive games made by Sony's worldwide studios, and the PlayStation 5 looks to continue that strategy.

Though some of its initial PS5 titles will also be available on PS4, Sony, which declined to provide a spokesperson for this article, has made it clear it believes in discrete generations and that PS5 will be the only way to experience many games.

On November 12 the company is also launching one console with a disc drive and one without — priced at $749 and $599 — but unlike the Xbox pair the PlayStation 5s will both be equally powerful.

"People who buy a game console want to continue using it for four, five, six or even seven years. They want to believe they have bought something that is future-proofed and not going to be outdated in two-to-three years," said PlayStation president and CEO Jim Ryan to Japanese outlet AV Watch, as translated by Video Games Chronicle. 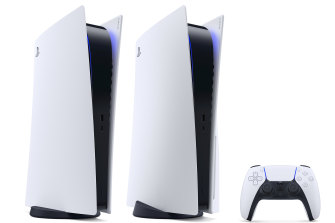 The PlayStation 5 Digital Edition, left, and the standard PS5.Credit:

The idea of a two-console generation where one is significantly more capable was in effect pioneered by Sony with the PS4 Pro in 2016, but it's clear in launching a new generation Sony believes customers want the most power possible.

The Game Pass model is also not something Sony is interested in, with Ryan telling GameIndustry.biz it would not be putting new releases into a subscription model.

"These games cost many millions of dollars, well over $US100 million ($137 million), to develop. We just don't see that as sustainable," he said.

Older games may be an exception however. While it hasn't announced firm details for how older games you've purchased will work on PlayStation 5, Sony has unveiled a collection of popular PS4 games that will be available for members of its premium PlayStation Plus program to download on PS5.

While some of Sony's "we believe in generations" and Microsoft's "play wherever you want" talking points boil down to marketing speak, with clear exceptions or contradictions in real terms, there are actual philosophical differences between the two ecosystems that may make this generation the most divergent yet in terms of Xbox and PlayStation.

Sony has a proven track record of fostering incredible exclusive games at its studios, which Microsoft so far has only promised to match in the future with new studio acquisitions and creations. On the other hand Microsoft has backed up its inclusive talk with actual options for less affluent players and has committed to putting its exclusives in Game Pass where almost anyone can play them.

Thomas Rice, portfolio manager of the Perpetual Global Innovation Share Fund, said in the near term he expects Sony to maintain the majority mindshare it's accumulated over the last generation. Although Microsoft has the cheaper box, he said the fact that Sony has the cheaper "high-end" experience gives it the advantage.

"I don't think [the Xbox Series S] will appeal as much to the core console audience. I view it as a strategy to get the more marginal user onto consoles overall," he said.

While he expects a diversification of hardware and move to the cloud to pay off long-term, the time isn't right just yet, he said.

"Right now we're in the transition from discs to digital, and then eventually we'll move from digital downloads to cloud. I'm keen to see how these new services work, but I think we're quite a few years off that becoming the norm."