WhatsApp is constantly testing out new features in a bid to improve its hugely popular chat app. Now a new upgrade has been spotted and it could fix one of the biggest issues faced by people who use the WhatsApp Web platform. This useful feature allows users to access their chats via a web browser such as Chrome or Safari. All you have to do is scan a QR code on your phone and all of your messages instantly appear on your PC.

As long as your Android device or iPhone is nearby and connected to the web, the chats remain visible at all times and this is where WhatsApp may be planning a big change.

Clearly, if someone else starts using your laptop then can easily take a sneaky look at you personal messages without needing a password but that might not be the case for very much longer.

As spotted by the eagle-eyed team at WABetainfo, it seems a new security feature will mean the user will have to authenticate themselves via the phone’s fingerprint scanner before WhatsApp Web is visible. This would happen each time the service is viewed on a PC and should end any worrying security issues.

As noted by WABetainfo, this is not a confirmed feature and is purely in development but it could be hugely welcomed by anyone concerned about their private chats being read by other people. 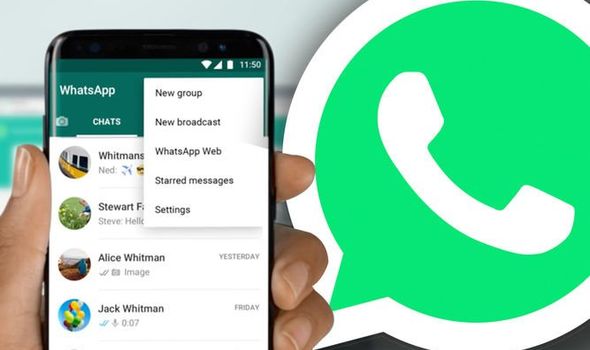 The news of this security upgrade comes as another big update could be coming soon which will make it easier to message from different devices.

As the name suggests, this will allow WhatsApp’s two billion users to add more than one device to their accounts meaning they can chat from a PC, smartphone and tablet without any fuss.

This is something fans have been wanting for a while and it could arrive before the end of the year.

And that’s not all as it’s also thought that WhatsApp is working on another feature that will make it much easier for users to spot exactly how much space the app’s content is using up on devices.

There’s even the option to view how much has been forwarded to other people in your contacts and check out the size of certain chats.

Along with displaying all of this info, it seems that there will also be a simple way to then remove large files individually.

As spotted by the team at WAbetainfo, the feature called Storage Usage is under development with a release possible over the coming months.