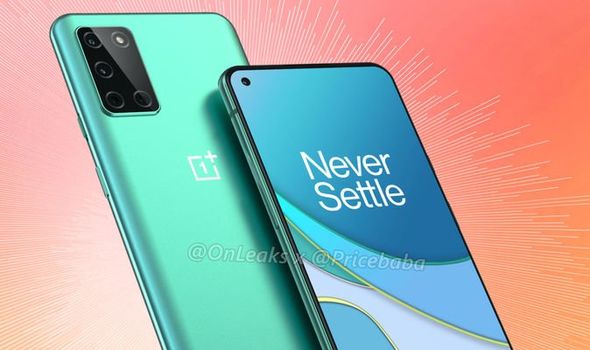 It’s been a good five months since the stellar OnePlus 8 and OnePlus 8 Pro landed on UK store shelves, which means it’s time for a refresh. Yes, OnePlus seems to be sticking with its biannual refresh cycle – with an update to the OnePlus 8 poised to launch in a few weeks, reports suggest.

As we’ve seen in previous years, this is likely to be a “T” model, which the Shenzhen-based company occasionally uses to refine the design that debuted a few months earlier, squeeze a little more power under the bonnet, and introduce a new software feature. Interestingly, OnePlus doesn’t seem to be planning a OnePlus 8T Pro – with only the more affordable model receiving a boost.

For any OnePlus 8 Pro owners who recently splashed out £799, that’s incredibly good news as they’ll still have the latest and greatest from the company. But for anyone with a OnePlus 8 in their pocket, here’s everything you might be missing out on…

According to prolific tipster OnLeaks, who has an almost unrivalled track record when it comes to revealing OnePlus hardware ahead of launch, OnePlus 8T will have a 6.55-inch OLED display – the same as its predecessor. However, OnLeaks has exclusively revealed to Pricebaba that OnePlus 8T will be upgraded from a 90Hz display to a 120Hz high-refresh panel.

If accurate, that means OnePlus 8T and OnePlus 8 Pro will have the same high-refresh rate displays. For those who don’t know, these panels, which refresh twice as often as the standard 60Hz panel found on most smartphones, make system animations feel smoother, scrolling more responsive and can make fast-paced games feel even more frenetic. 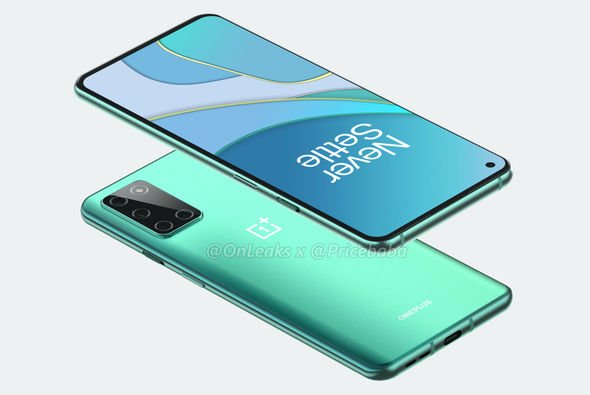 According to leaked CAD models, which are used in the manufacturing process, the display appears to be flat with a punch-hole cutout in the top-left corner for the front-facing camera. That mirrors what we saw with the OnePlus Nord earlier this summer and avoids any light bleed or accidental taps on the screen – something that’s common with displays that curve over both edges of the handset.

OnLeaks claims the OnePlus 8T will be fuelled by the Qualcomm-designed Snapdragon 865 processor. That’s a little odd. After all, the OnePlus 8 already packs the Snapdragon 865 and Qualcomm recently unveiled its Snapdragon 865 Plus chipsets, which offers improved performance while gaming. OnePlus has opted to use the newer “Plus” chipsets in previous “T” upgrades, so it would be a shame if the 8T doesn’t get the same treatment. 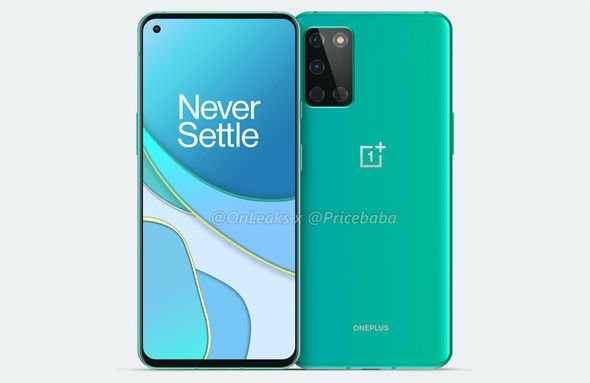 On the back, OnePlus is expected to redesign the camera module – switching from the vertically-aligned stack on the back of OnePlus 8 in favour of a rectangular housing with four sensors arranged in an L-shaped layout. The cameras will include a 48MP main camera, 16MP ultra-wide lens, 5MP macro and 2MP depth-sensing portrait sensor. The front camera is tipped to pack 32MP, compared to the 16MP cameras on both OnePlus 8 and 8 Pro.

The new smartphone will supposedly run OxygenOS 11 – based on Android 11 – out of the box, but that might not be a good thing.

OnePlus is widely-tipped to unveil its latest handset at the end of September, or the first week in October. With a Pixel 5 and Pixel 4a 5G due to be announced at a Google event at the end of this month, a new smartphone from Samsung coming September 23, 2020… OnePlus 8T will have some serious competition when it launches. On top of that, Apple is scheduled to reveal four new iPhone models in October too – having missed its usual September release date.