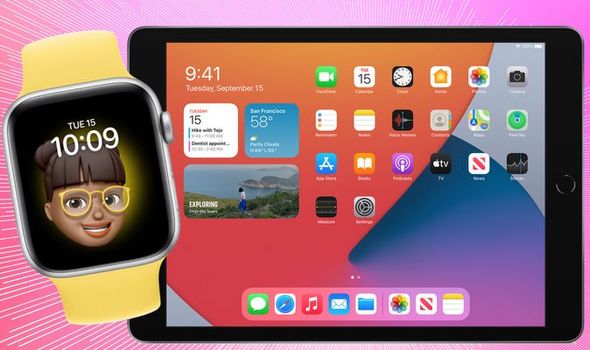 Apple has confirmed the release date for its next major versions of iPadOS and watchOS during its latest media event. Originally unveiled during its annual developer conference back in late June, Apple has worked on beta versions of the software over the summer to iron-out glitches or issues flagged by third-party developers optimising their apps to work with the latest features on iPad and Apple Watch. And now, the latest versions of these operating systems are finally ready to launch. Starting tomorrow, iPad and Apple Watch owners will be able to download and install the latest software with all of the new features.

watchOS 7 is only compatible with Apple Watch Series 3, Series 4, and Series 5 models. Of course, the latest hardware will ship with the redesigned operating system out-of-the-box so there’s no need to update. watchOS 7 cannot be installed on the first-generation Apple Watch that launched back in April 2015. Watch Series 1 and Series 2 smartwatches aren’t compatible with the new operating system either.

Meanwhile, iPadOS 14 – the offshoot of iOS packed with multi-tasking and extra gestures to take advantage of the bigger touchscreen available on the tablet – will work with all of the same tablets currently running iPadOS 13. If you’re already running a version of iOS 13, you’ll be able to head to the Settings app and grab all of the latest features.

If you’re unsure which models can run iOS 13 / iOS 14, you’ll need one of the following: 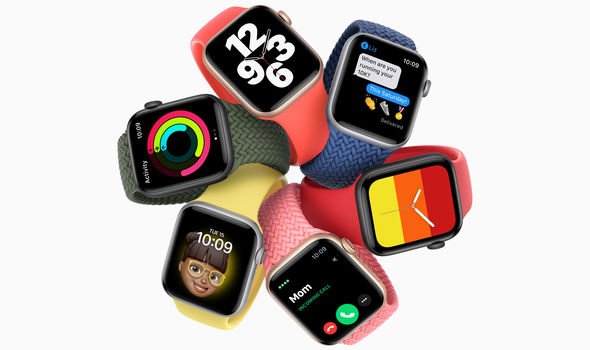 With watchOS 7, Apple Watch is getting a number of small – but really handy – updates. First up, you’ll be able to add multiple instances of the same Watch Complication to your Watch Face. So, if you use the same app for reminders and calendar appointments, like the phenomenal Fantastical 2 for example, you’ll be able to make it appear twice on the same Watch Face to get more information at a glance.

And if you can’t be faffed to spend hours perfecting the ideal Watch Face with the perfect text colour, background image, Complications and more – you’ll now be able to add a Watch Face from an online article, a recommendation from the App Store, or an iMessage from a friend or family member. And if you have put in the hard hours to perfect your Apple Watch and want to share your creation, you’ll be able to beam it to iMessage contacts by long-pressing on the Apple Watch touchscreen and tapping the share icon.

But the biggest change to the Apple Watch is the arrival of Sleep Tracking.

With watchOS 7, setting a preferred bedtime will kickstart a new feature called Wind Down which sets notifications to Do Not Disturb mode so you don’t need to worry about a phone call disturbing your slumber, the ping of an unwanted app notification or email. Of course, as always with Do Not Disturb – you can allow calls from select contacts to ignore the mode and if a contact tries to reach you multiple times in quick succession, Apple will switch the sound back on.

When your head hits the pillow, Apple Watch will now keep tabs on the quality of your sleep.

During the night, watchOS 7 will detect micro-movements from the accelerometer built into the smartwatch, which signals respiration during sleep, to intelligently work out when the wearer is sleeping and how much sleep they get each night. This data will be reported in the Health app. Like the existing Calories Burned, Steps, Heart Rate categories already gathered by the Apple Watch and stored in Health, there will now be a dedicated Sleep tab that tracks trends over time and lets you deep-dive into the previous night’s slumber.

Apple Watch will use its on-device machine learning to analyse your sleep patterns and offer some useful advice about how to maximise your next snooze.

In the morning, when it’s time to wake-up, watchOS 7 will allow your Apple Watch to play a number of new alarm sounds. Or, if you’d prefer, Apple will let you use the Taptic Engine inside the wearable to buzz you awake – so your early-morning alarm won’t wake a sleeping partner next to you. Thoughtful, eh?

In a very timely new addition, watchOS 7 includes a built-in hand-washing mode that reminds wearers to scrub their hands for at least 20 seconds. Following the software update, your Apple Watch will use the motion sensors, microphone, as well as a healthy dollop of on-device machine learning to automatically detect handwashing motions and sounds.

watchOS 7 will then initiates a 20-second countdown timer, and if you finish early – you dirty dog! – your Apple Watch will prompt you to keep washing. Apple Watch can also conveniently remind you to wash your hands whenever you return home.

Elsewhere, there’s a new Chronograph Pro Watch Face that includes a tachymeter to calculate speed based on time traveled over a fixed distance. Apple has also upgraded the Photos Face to include colour filters, and the bold X-Large face now has an option to add a rich complication. 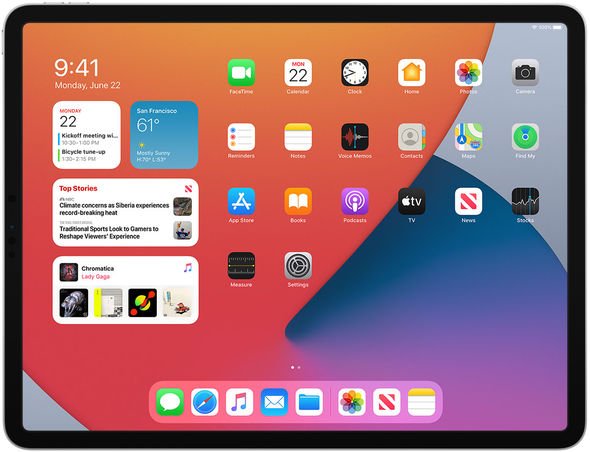 One of the biggest changes coming to the iPad is the arrival of a new sidebar across a range of apps. This looks identical to the one found in the vast majority of macOS apps and lets you quickly sort through folders on the left of the screen – making it easier to drag-and-drop items. At launch, this new sidebar design will appear in a range of apps including Photos, Notes and Files. Third-party apps can also support it.

Another Mac-like addition is the new search functionality. Apple says that it rebuilt search on iPad from the ground up with iPadOS 14 and is now the one place to quickly find practically anything – from locating and launching apps, accessing contact information, files, as well as getting quick bitesize chunks of information without Googling, like answers to common questions about people or places. With a new compact design, users can start a search from anywhere, without having to leave the app they’re in, Apple says.

Next, it’s good news if you like using the Apple Pencil with your tablet.

Apple wants to make this stylus much more useful with owners now able to turn scribbles into text. It will even transform shapes into editable graphics and everything you write can be changed including colours and outlines.

When taking notes, Smart Selection uses on-device machine learning to distinguish handwriting from drawings, so handwritten text can easily be selected, cut, and pasted into another document as typed text. Shape recognition allows users to draw shapes that are made geometrically perfect and snap right into place when adding useful diagrams and illustrations in Notes.

If you have your Pencil in hand, there will now be the option to write website URLs in the Safari browser – letting you navigate to your favourite website, or start a Google search without tapping on the glass to type with the on-screen keyboard.

Another nice change is the new call notification design, which will now only take up a small portion of the screen. Currently, when the iPad attempts to take a FaceTime call the whole screen is taken up with the alert …not ideal if you’re hoping to blank whoever is calling. But that all changes in iPadOS 14 with just a small bar appearing at the top of the display. 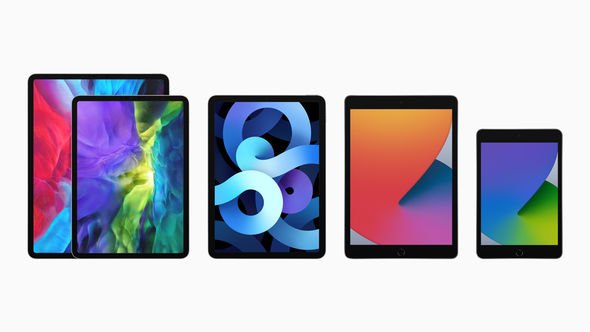 This can even be swiped away if you don’t want to accept the call.

“With iPadOS 14, we’re excited to build on the distinct experience of iPad and deliver new capabilities that help customers boost productivity, be more creative, and have more fun,” said Craig Federighi, Apple’s senior vice president of Software Engineering. “With new compact designs for system interactions and new app designs specifically tailored to iPad, even better note-taking capabilities with Apple Pencil, and more powerful AR experiences, iPadOS 14 delivers an amazing experience that keeps it in a class of its own.”