Can you tell when someone is flirting? Researchers classify the most effective facial cues including slight smiles and head tilts

When it comes to flirting, it’s all in a look.

Women give specific facial cues when they’re flirting, according to researchers at the University of Kansas.

The technology, which describes facial movements, showed the most effective flirting cues include a head turned to one side and tilted down slightly, a slight smile, and eyes turned forward toward the target. 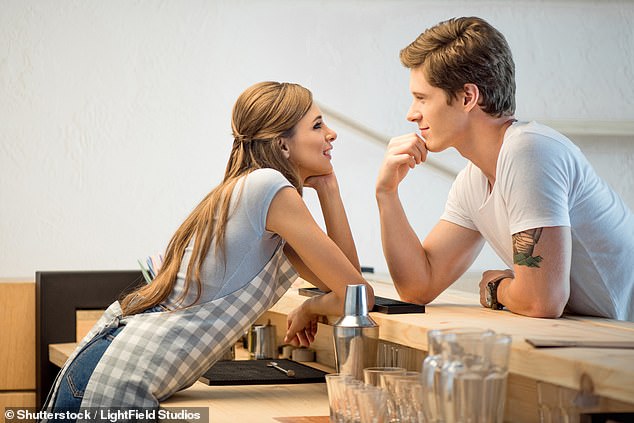 Flirting is one of the key components of human sexuality, but it’s only just begun to be analyzed by scientists.

‘There are very few scientific articles out there that have systematically studied this well-known phenomenon,’ said Omri Gillath, a psychologist at the University of Kansas, and co-author of the report, published in the Journal of Sex Research.

‘None of these studies have identified the flirting facial expression and tested its effects.’

Gillath said an analysis of a half-dozen studies found that women’s facial expressions non-verbally convey romantic or sexual interest, and that men were able to recognize those cues as representing flirting. 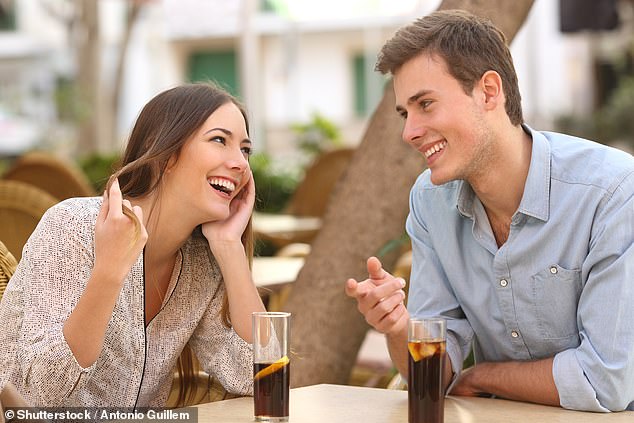 A women’s flirting cue is different from a similar expression, like a regular smile, said psychologist Omri Gillath.  ‘It has a unique morphology’

He explained the looks are different from similar expressions, like smiling, that aren’t always a part of flirting.

‘It has a unique morphology, ‘ Gillath said.

In the studies, women were asked either to spontaneously offer what they thought was a flirtatious expression or follow the researchers’ instructions on what look to give.

The participants were a mix of professional actresses and regular volunteers.

Some women were more effective at conveying a ‘flirtatious’ facial cue, and some men were better at recognizing it, but certain expressions were successfully identified by nearly all men as flirting.

After identifying these most recognized expressions of flirting, the researchers used them in experimental studies.

‘Our findings support the role of flirtatious expression in communication and mating initiation,’ Gillath said.

‘For the first time, not only were we able to isolate and identify the expressions that represent flirting, but we were also able to reveal their function – to activate associations related with relationships and sex.’

A study from May also indicated visual cues played a more important role than pickup lines when it came to flirting.

Experts at the University of Nicosia in Cyprus surveyed more than 800 volunteers and found that both men and women said they were more likely to respond to a flirter who was good looking and well-dressed.

Other traits — like carrying an air of mystery or appearing determined — were important, but ranked lower.

In a report published in the journal Personality and Individual Difference, the authors indicated, ‘Making good eye contact and having a good smell would make flirting more effective.’

Older participants reacted better to a respectful and polite manner from a would-be suitor.

‘Flirting is an essential aspect of human interaction and key for the formation of intimate relationships,’ the report said.