A St. Louis Zoo female python has laid seven eggs despite not being near a male python for at least two decades.

The 62-year-old ball python, which has no name, laid the eggs on July 23, three of which remain in an incubator, two of which were used for genetic sampling and two of which did not survive. The surviving eggs will need about a month to hatch. 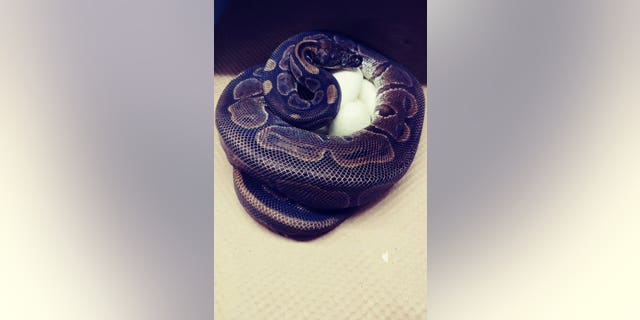 The snakes at the St. Louis Zoo live in the herpatarium but aren’t on view to the public, according to the St Louis Post-Dispatch. The snake, identified only as number 361,003, arrived from a private owner in 1961 at the age of roughly 3 years old.

The snake reportedly had previously laid a clutch of eggs in 2009, which didn’t survive, and another in 1990.

Mark Wanner, manager of the herpetarium, said it is unusual but not rare for ball pythons to reproduce asexually. He also noted that snakes sometimes store sperm for delayed fertilization.

The snake could have then mated with the only other snake, a 31-year-old male by the number 389,054 that also lives in the zoo, though kept separate these days.

He said that it “would be pretty incredible” if the eggs hatched.