We DO copy our brothers and sisters: Siblings of people who get married, divorced or have children are more likely to do the same, study shows

Sibling relationships are unique in their influence over a person’s life and extend far beyond childhood, a study reveals.

Few dispute the significance of a brother or sister during a person’s formative years, but siblings also influence life decisions as an adult, such as marriage and children.

A study from researchers at the University of Cologne spanning 32 years found people are more likely to get married, divorced or become a parent if they see a sibling do it first. 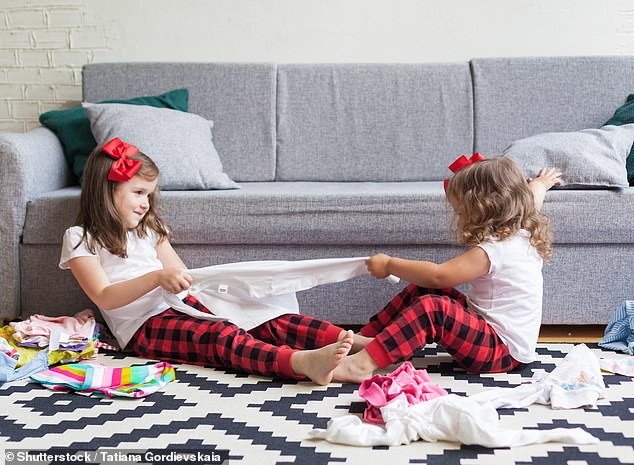 Few dispute the significance of a brother or sister during a person’s formative years, but a study has found they also influence decisions on the biggest life events, such as marriage and children (stock)

Researchers analysed data from 4,521 individuals from the German Socio-Economic Panel Study (SOEP), which collected information on marital and family life between 1984 and 2016.

The likelihood of getting married increases after watching a brother or sister tie the knot, the study shows.

‘An individual’s propensity to marry increases after a sibling’s marriage and remain significant in the long-term,’ the researcher write in the study.

‘This finding is in line with the idea that a sibling’s entry into marriage may exert pressure, especially through parents, to form a family.’

A similar surge in probability also occurs if a sibling has a child but only for a short period of time.

‘Similar to previous research, we find this effect to be short-lived, peaking in the first three years and declining afterward,’ the scientists write.

Unsurprising, the phenomenon was also seen in reverse and have a negative effect.

For example, if a person watches their sibling get divorced, it makes them less likely to get married themselves.

The study’s lead author, Zafer Buyukkececi, said: ‘Taken together, our results support the idea that the process of family formation is interdependent among siblings.’

Full findings are published in the journal Advances in Life Course Research.

Boys and girls do NOT run in the family, study finds

The tendency to have boys or girls does not run in the family and the chances of having a child of either sex is genuinely random, scientists have found.

Researchers studied the sex of people born in Sweden over the last 90 years to determine whether or not people are more likely to have children of a given sex.

Their findings shake up key theories over sex ratios used by biologists, who often assumed that the ratio of boys to girls in one’s offspring was a heritable trait.

The researchers found that the ratio of boys to girls a person has is not an inherent property that passes down through the generations.

Instead, the sex of one’s children is essentially random, although with slightly more male children born in general.