Pre-teens who get sips of alcohol at the dinner table from their parents are 85% MORE likely to binge-drink in adolescence, study finds

Pre-teens who get sips of alcohol at the dinner table from their parents are 85 per cent more likely to binge-drink in adolescence, a new study reveals.

Australian researchers investigated whether supply of alcohol during childhood, either in sips or whole drinks, was associated with problematic drinking in later life.

They found no evidence that small sips of alcoholic drinks had a ‘protective effect’ for children by introducing them to alcohol in a responsible setting, such as the dinner table.

Instead, exposure to even a small amount of alcohol was associated with increased likelihood of binging as a teen.

Supply of larger quantities of booze increased the risk even further. 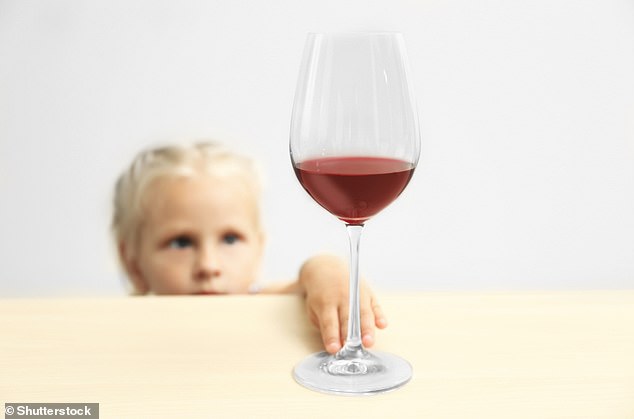 ‘Our research shows that there is a link between parents supplying their children with alcohol and the risk of later developing alcohol related problems,’

The experts say it’s common for parents to allow their children occasional sips of alcohol with an ‘innocent intent’.

Parents are the most frequent suppliers of alcohol to kids with the stated intention of introducing their children to alcohol safely and in a responsible setting.

Many parents supply sips rather than whole drinks or small watered-down servings of wine with a meal, for example.

But parental supply of even small amounts of alcohol may hasten alcohol initiation and reduce barriers to alcohol use, all of which in turn might encourage further alcohol consumption, the researchers argue.

To learn more, they surveyed 1,910 Australian pre-teens from with an average age of 12.9 years annually over seven years.

For younger adolescents, most parental supply of alcohol was in the form of sips, with supply of whole serves of alcohol increasing in later waves of the study.

The participants were assessed on their levels of binge drinking, alcohol-related harms, symptoms of alcohol abuse, dependence and alcohol use disorder (AUD). 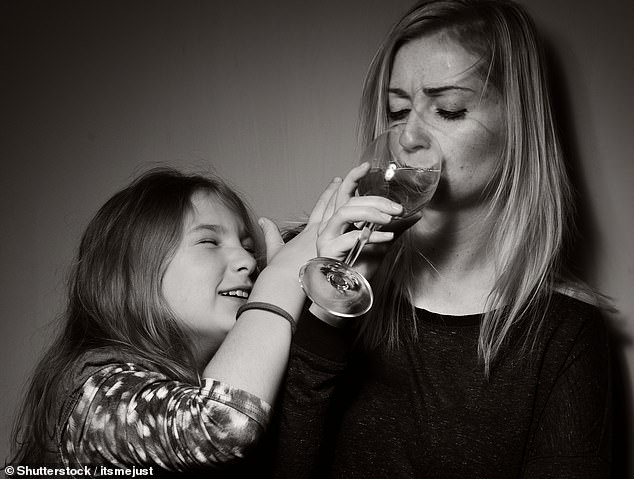 The results showed that among those not receiving alcohol from other sources, parents giving sips of alcohol to their children had increased odds of binge drinking and alcohol-related harms in later life, by 85 per cent and 70 per cent, respectively.

Additionally, larger quantities of alcohol supplied were associated with an increased risk of adverse outcomes.

Compared with supply of sips, supply of whole drinks by parents or others had higher odds of binge drinking, alcohol-related harms, symptoms of dependence and of AUD.

And being allowed alcohol at home was no better than getting it elsewhere for some alcohol related problems when they were older.

However, the results showed that pre-teens may be no more likely to become dependent on alcohol than if they had not been given anything to drink by their parents.

Overall, the team found no evidence that parental supply of alcohol has a protective effect by introducing them to alcohol ‘safely’, which is a generally accepted tactic in many societies.

‘These findings suggest that while parents supplying larger amounts of alcohol is associated with worse outcomes, even supplying relatively small quantities such as sips increases the risk of adverse outcomes for children,’ the team say.

‘Parents supplying alcohol may counteract public health messaging to adolescents about the risks and harms of alcohol use and may actually normalise alcohol use for adolescents, creating a psychosocial context supportive of further use.’

The study has been published in Drug and Alcohol Dependence.

Binge drinking stunts the growth of teenagers’ brains that control impulse, memory and learning, according to 2019 research.

Experiments on adolescent monkeys found heavy exposure to alcohol reduced the development of both grey and white matter.

Scientists believe the same will apply to humans – and could affect their ability to learn.

Every gram of alcohol consumed per kilogram of body weight lessened growth of the animals’ neurons by 0.25 milliliters per year.

In human terms that is the equivalent of four beers per day, according to the study published in eNeuro.

‘This is the age range when the brain is being fine-tuned to fit adult responsibilities,’ Dr Shnitko said.