A number of social media sites are working quickly to design a TikTok copycat, as the original platform faces a ban in the US – and Facebook may have joined the race.

A software engineer uncovered the Mark Zuckerberg-owned site is testing a ‘short videos’ feed with TikTok-like swipe up option in the main app.

Images of the discovery shared on Twitter show clips at the top laid out like Facebook Story and a second screenshot reveals a ‘Swipe up to see the next video’ function.

Although short videos may only be a test, Facebook has added TikTok videos to Instagram, called Reels. 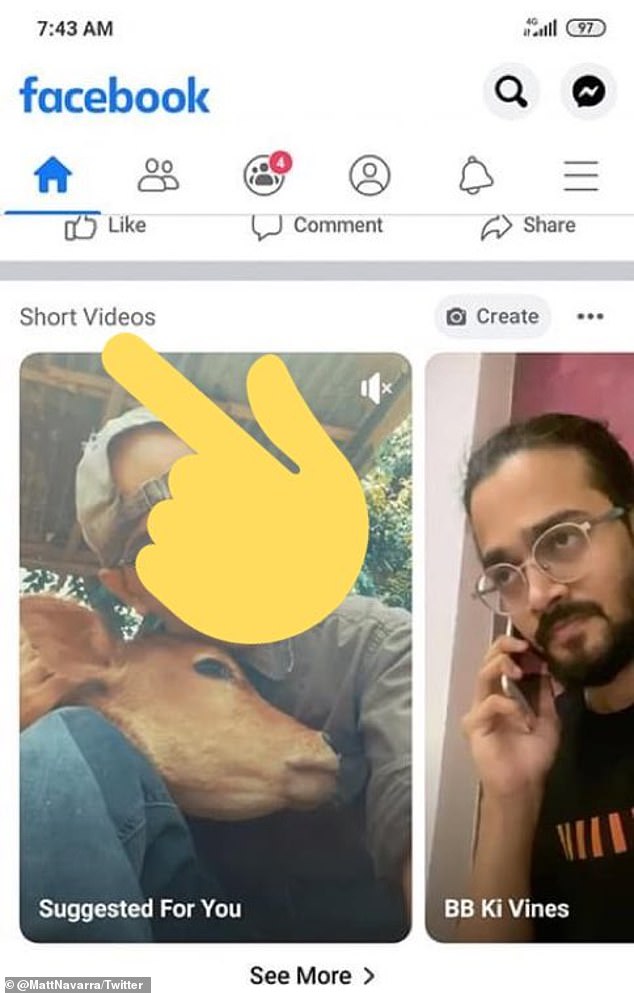 TikTok is a popular video-sharing app that took the world by storm in 2016.

However, the Chinese-owned app has come under fire from US lawmakers over national security concerns regarding data collection of users and is now facing a ban in the US.

President Donald Trump announced on August 1 that he will ban TikTok and has since signed an executive order to make it happen.

The ban, if it happens, opens the door for another competitor to move in and take hold of the market.

Roneet Michael spotted ‘short videos’ in Facebook’s main app, which tipped him off to think the firm could rollout a TikTok copycat.

The screenshot shows video options with a ‘create’ icon above the row of content.

A second image shared of the feature is a shot of a video, with a swipe up finger in the center and text above that reads ‘Swipe up to see the next video.’

There are also icons at the bottom allowing other users to like and comment on the video.

Short-form video editing tools are now available in Reels, allowing users to get creative and make 15-second clips with captions and music.

Instagram is using its Explore page as a landing spot for Reels, with the new feature appearing at the top of the screen and allowing users to vertically scroll through content.

This is very similar to the ‘For You’ page on TikTok.

Those similarities led TikTok Chief Executive Kevin Mayer to call Reels a ‘copycat product’ that could coast on Instagram’s enormous existing user base after ‘their other copycat Lasso failed quickly.’

Lasso was a standalone app which Facebook launched in an attempt to lure users away from TikTok, but it failed to gain traction and was shut down on July 10.