The Biblical account of Jonah’s misadventures has been controversial, with no solid evidence to back the Old Testament’s narrative. Jonah was a Hebrew prophet who is believed to have lived in the eighth century BC, during the reign of King Jeroboam II. Although Jonah’s tale is considered by many to be a parable meant to teach about compassion and trust in God, there are some who believe there is more to the story than meets the eye.

According to the Bible, Jonah was sent on a mission to the Assyrian city of Nineveh to prophesy its destruction.

But Jonah was overcome with doubt and wished not to carry out his mission, so he boarded a ship to Tarshish instead.

In retaliation, God conjured a raging storm and Jonah was thrown overboard to save the vessel from destruction.

But instead of sinking, the Bible says a large fish or whale swooped Jonah up and kept him safe for three whole days. 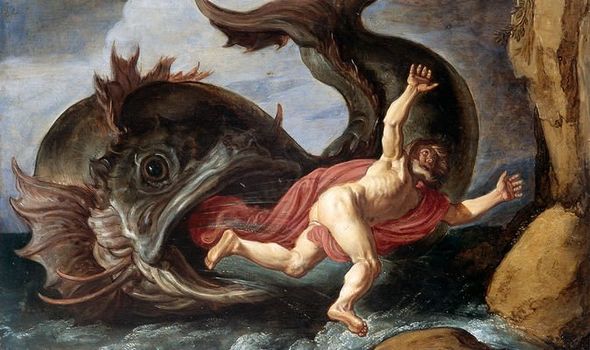 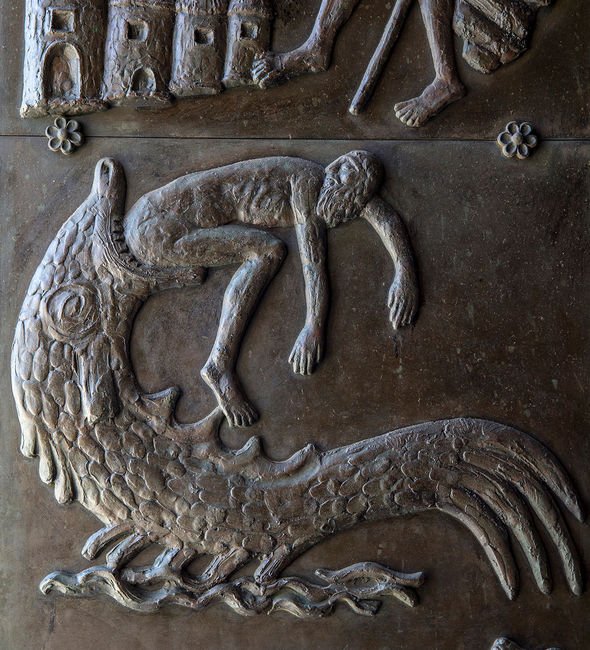 After praying to God to spare his life, the whale spat Jonah out on dry land and he completed his mission to Nineveh.

Although incredible, Tom Meyer, a theologian at Shasta Bible College and Graduate School in California, US, believes there is archaeological evidence that could corroborate the story.

He told Express.co.uk: “In regards to archaeological evidence demonstrating the historicity of the account of Jonah, the idea of Jonah being resurrected from the watery grave was so believed and prominent in Jewish thought and practice that it became a motif on the ossuaries and tombs of early Jewish Christians.

“A first-century ossuary or bone box was discovered in Jerusalem with a rudimentary inscription of not only the name of Jonah but a rude sketch of him being vomited out of the whale.

“In later centuries the Jonah ‘sign’ became the quintessential expression of Christian belief in the resurrection with over a hundred examples of Jonah images in the Christian catacombs at Rome.”

There also exists a first-hand account of a man who claims to have been swallowed by a whale.

Professor Meyer said: “In regards to the firsthand account paralleling Jonah, the Princeton Theological Review of October 1927 reports the story of James Bartley who, in 1891 was swallowed by a sperm whale and then rescued two days later by his fellow fishermen near the Falkland Islands.

“According to the report, the whale had attacked their vessel and Bartley was thrown overboard and presumed dead at sea.

“Upon skinning the whale, they discovered Bartley alive but unconscious inside the whale.

DON’T MISS…
End of the world: Preacher warns of brimstone and fire [REPORT]
What the Bible said must happen before the end of the world [INTERVIEW]
Discovery of ‘evidence which proves Bible story DID happen’ [ANALYSIS] 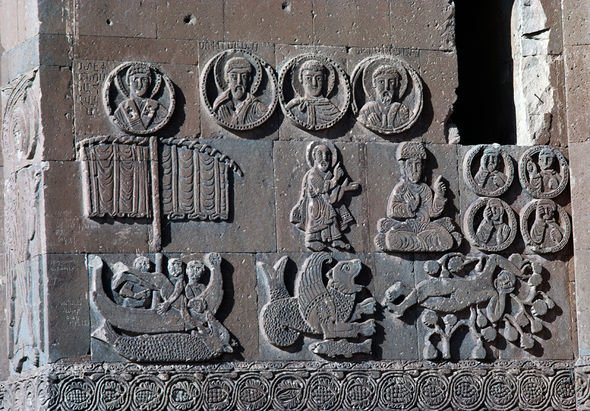 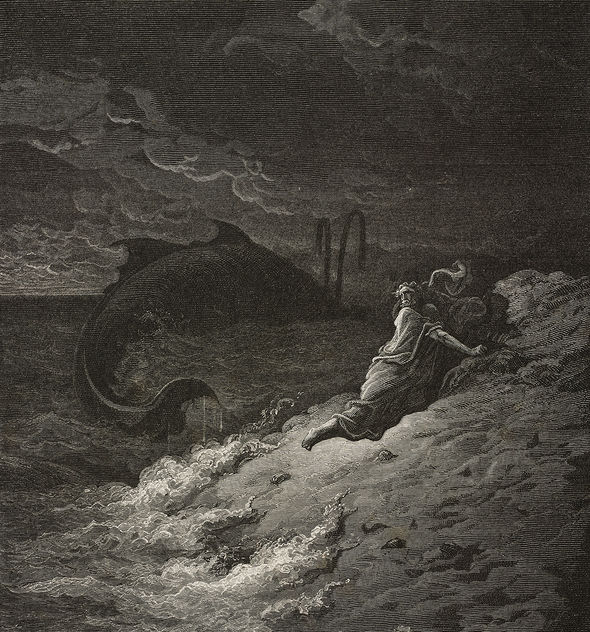 “Though according to the report his skin was bleached by the gastric acids and he was permanently blind from the incident, Bartley lived 18 more years and toured the world recounting his experiences as the modern-day Jonah.

“The only person on record to reject Bartley’s claims was the boat captain’s wife, who was not an eyewitness.”

However, many historians are no convinced by Bartley’s account, finding inconsistencies in his story.

According to historian Edward Davis, the story may have been inspired by the Gorleston whale, a 30ft rorqual or baleen whale killed near Great Yarmouth in June 1981.

Similarly, biologists do not believe it would be possible for a human to be swallowed whole, let alone survive inside of a whale.

Dr Craig McClain of the Lousiana University Marine Consortium said: “I know that the oesophagus of a whale shark measures only inches across.

“The massive beast could not choke me down even if it preferred man meat to plankton.”

Professor Meyer, however, is undeterred in his belief the Bible is a historically accurate document.

He said: “Jonah was a historical person and his account isn’t a whale of a tale but a true account that parallels the ministry of Jesus.

“The account of Jonah literally being in the belly of the great fish for three days and three nights and later coming back to life is given in the New Testament as the only sign Jesus ever gave to Israel.”