Flower power: New Guinea has the greatest variety of plants of any island in the world with more than two-thirds of its species only growing in that region, study shows

New Guinea has the most diverse island plant life in the world according to researchers, who found it had 20 per cent more flora than Madagascar or Borneo.

Experts from the University of Zurich examined 700,000 plant specimens from the southwestern Pacific island as part of a study into its ecosystem diversity.

Two-thirds of the species of plants found on New Guinea by the research team are only found in that region – an area almost 20 times the size of Switzerland.

The island has lowland jungles and high altitude grasslands with peaks bigger than Mont Blanc in France and among them they found 13,634 unique plant species. 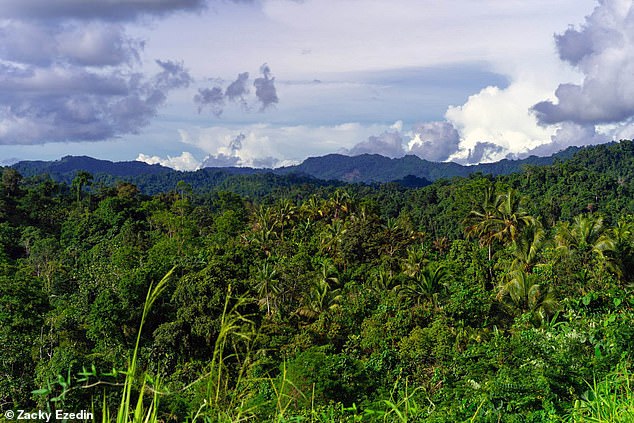 Experts from the University of Zurich examined 700,000 plant specimens from the southwestern Pacific island of New Guinea (pictured) as part of a study into its ecosystem

Botanists have long known that this mega-diverse wilderness area is home to a large number of plant species and this new study proves the long-held theory.

Since the 17th century scientists all over the world have worked to identify and name thousands of plants collected in New Guinea – but they have worked independently.

The fact they worked alone meant uncertainty surrounded the exact number of plant species, with conflicting estimates ranging from 9,000 to 25,000.

Rodrigo Cámara-Leret, a postdoctoral researcher at the University of Zurich (UZH) Department of Evolutionary Biology and Environmental Studies, led the new study.

‘Compared to other areas like Amazonia, for which plant checklists were recently published, New Guinea remained the ‘Last Unknown’,’ he said.

Under his lead, 99 scientists from 56 institutions and 19 countries the first expert-verified checklist for the 13,634 vascular plant species of New Guinea.

They started by compiling a list of plant names from online catalogues, institutional repositories and datasets curated by taxonomists.

For this, they reviewed the list of original names in their plant family of expertise and assessed whether these names were correctly assigned in the online platforms.

Finally, an independent comparison was performed between the list accepted by experts and a list contained in Plants of the World Online for New Guinea.

By far the most species-rich family are the orchids and almost a third of the species listed as unique to the island were trees.

One particularly remarkable finding is that 68 per cent of the plants are endemic and are only found in that region, which is ‘unmatched in tropical Asia’.

‘It means that Indonesia and Papua New Guinea, the two states into which the island is divided, have a unique responsibility for the survival of this irreplaceable biodiversity,’ said Cámara-Leret.

The new checklist will improve the accuracy of biogeographic and ecological studies, help focus DNA sequencing on species-rich groups with high endemism and help with the discovery of more species by taxonomists, researchers said. 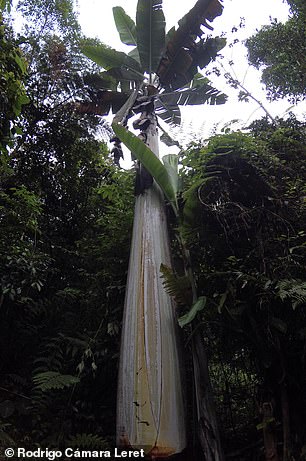 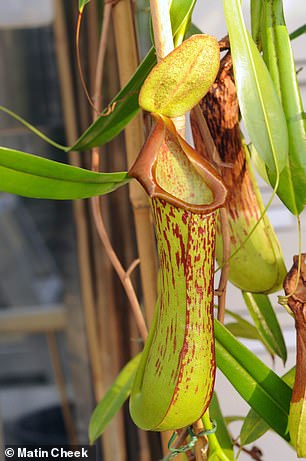 The island has lowland jungles and high altitude grasslands with peaks bigger than Mont Blanc in France and among them they found 13,634 unique plant species including the Musa Ingens (left) and Nepenthes biak (right)

Thousands of specimens remain unidentified in the collections and many unknown species have yet to be discovered in the wild, according to scientists.

Michael Kessler, study co-author and scientific curator of the Botanical Garden of the University of Zurich, said another 4,000 species will be added within 50 years.

These efforts will be important for conservation planning and looking at the impact of changes in climate and land use, experts believe.

Policy-wise, the study shows that long-term institutional and financial support is critical if significant advances are to be made over the next decades.

‘This can serve as a model for accelerating research in other hyper-diverse areas such as Borneo,’ the researcher explained.

‘Such initiatives pave the way for the grand challenge of conserving the richest island flora of the world.’

EXTINCTION LOOMS FOR MORE THAN ONE MILLION SPECIES