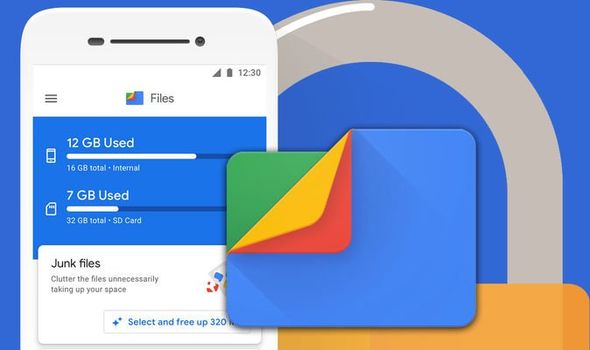 Android users that want to add an extra level of security to their most important files can utilise a great new feature for the OS. Google has rolled out a new feature for Android called Safe Folder which protects files with a four digit pin code on top of the Android lock screen security. Important documents, images, videos and audio files can all be placed in the Safe Folder located in the Files by Google app.

In a post online, Google’s Next Billion Users product team explained that the feature was designed for regions where device sharing is common.

They explained: “In many places around the world, sharing a personal device with spouses, siblings or children is often a cultural expectation, especially for women. Sharing a device can be beneficial, but it comes with the risk that others might access your personal files.

“As part of Google’s research, we hear the perspectives of people like Shaina—a woman in Bangladesh whose children use her phone after school, both to learn and to play. Shaina worries that her important files could be accidentally shared or deleted. For Rashid, a father in India, the lack of privacy means he can’t keep his identity documents on his phone, even if he needs them for job applications.

“Building privacy features that make sense for different needs is a top priority for us as we continue to work towards a more inclusive internet. To keep personal content more safe, we’re launching Safe Folder, a new feature in Files by Google.”

The feature began rolling out on Wednesday, August 5 and will gradually become available to more Android users over the coming weeks.

The Files app, which the new Safe Folder feature is a part of, first launched in 2017 and is used by more than 150million people around the world.

Explaining how the feature works, Google said: “Safe Folder is a secure, 4-digit PIN-encrypted folder that protects your important documents, images, videos and audio files from being opened or accessed by others.

“The folder is securely locked as soon as you switch away from the Files app, so none of its contents can be accessed when the app is in the background.

“As a security assurance, it will ask for your PIN again on reentry.

“Even people that don’t share devices can benefit from keeping the most important files safe.” 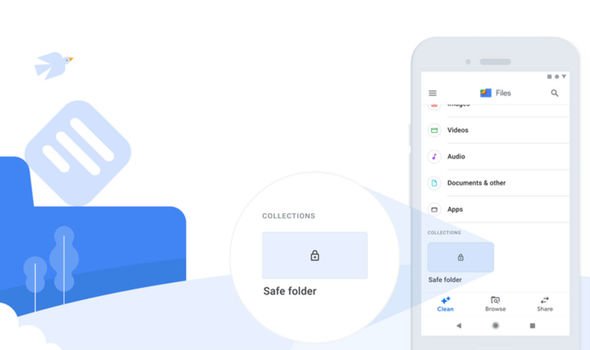 In other Android news, Google has recently rolled out improved filters for its Play Store app marketplace which will help users find trustworthy downloads.

In the past year alone the number of threats from dangerous apps on the Google Play Store has doubled in size.

And the new search filters will give Android users a dynamic and clever way to sort through apps with every search.

Now Android users are able to sort through Google Play Store apps based on their rating, how recently they were listed and if they cost money to download.

The former will ensure Play Store users can find apps that users who have already download and installed rate highly.

And interestingly it looks like the search results work dynamically. So when you search for a well-known app like WhatsApp Google won’t filter results.

That’s because the top result will be the official programme you’re after.

But if you add in an extra search term, such as the word ‘tool’, then Google will bring back the filtering options.

Google also lets you select multiple filters at once, so you can find a highly rated app that is also classified as Premium (i.e is paid-for or offers in-app purchases).