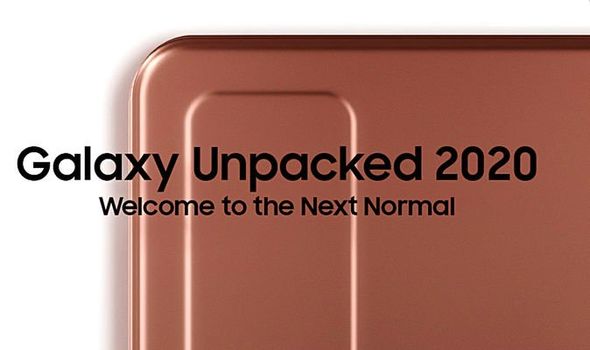 Samsung will hold its next Galaxy Unpacked event online later today where the South Korean company is widely-tipped to unveil successors to the Galaxy Note 10 and Note 10+, Galaxy Watch 2, Galaxy Fold, not to mention a supercharged new tablet and an upgraded version of the wireless Galaxy Buds with active noise-cancellation. Needless to say, it should be a pretty packed livestream. Ahead of the keynote presentation, which kickstarts at 7am PT / 10am ET / 3pm BST 4pm CET, we’ve seen quite a few unconfirmed leaks and whispers from the supply chain. But until now, Samsung has kept shtum about what we can expect from the launch.

The South Korean company has debuted a trailer to drum up interest in its Galaxy Unpacked event and, well, it’s certainly achieved its goal. The brief 34-second clip offers brief glimpses of an array of new gadgets in a rose gold finish. It’s possible to catch a quick snapshot of a chunky triple-camera module that looks similar to the set-up on the back of the Galaxy S20 Ultra that launched earlier this year with a 100x Space Zoom.

A flash of a digital watch face appears, as well as what looks to be a wireless carry case for Galaxy Buds-style earbuds opening up. Samsung mobile chief TM Roh, who stepped into the role as Samsung Galaxy maestro following DJ Koh’s move to a co-CEO position, appears in the video as well as a number of celebrity guests, including DJ Khalid and BTS.

Watch the latest teaser trailer for Samsung Galaxy Unpacked 2020 below~

The latest video follows an earlier teaser trailer for the Galaxy Unpacked event that revealed a glimpse of the silhouettes of – what we assume – was each of the new products set to be unveiled during the virtual keynote. Samsung typically treats fans to a bumper crop of new products during its August event.

Last year, the firm announced the Galaxy Note 10, Galaxy Note 10+, Galaxy Book S, and Galaxy Watch Active2 during the keynote. But even with those expectations, there seemed to be a large number of devices in the silhouetted line-up briefly teased at the end of the trailer (although, admittedly these are hidden in shadow, so it’s not completely clear whether one device ends and another begins).

Sources with knowledge of Samsung’s plans claim we’ll see a new Galaxy Note flagship, known as Galaxy Note 20 (to match the naming convention used for the latest entry in the Galaxy S smartphone series that launched back in February). Like last time around, Samsung is tipped to launch two variants – the Galaxy Note 20 and Note 20+ with a larger screen and some of the same camera tricks found on the Galaxy S20 Ultra.

With a 6.7-inch touchscreen purportedly planned for the Note 20 and a palm-stretching 6.9-inch one set for the Note 20+, it seems Samsung has ditched the notion of a smaller pocket-sized version of the Note – something it tried for the first time with the Note 10, which includes a comparatively modest 6.2-inches. 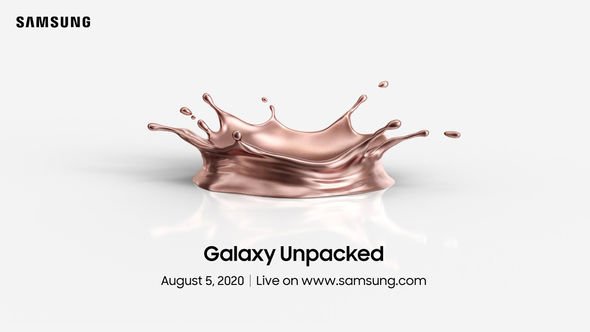 Samsung is also believed to unleash its long-anticipated follow-up to the Galaxy Fold. The first-generation foldable, which was unveiled alongside the Galaxy S10 back in February 2019, had a number of issues with the durability of the pliable display during its initial launch – forcing Samsung to postpone the release date in order to fix issues discovered by the first batch of reviewers in the United States.

The so-called Galaxy Z Fold2 looks set to benefit from a number of the advances made by Samsung with its Galaxy Z Flip (the first folding smartphone from the company to launch with a more durable glass touchscreen, instead of a plastic one) as well as a slimmer, sleeker design.

And that’s not all. An upgraded Galaxy Watch and Galaxy Buds with active noise-cancellation to take on the AirPods Pro are also believed to be in the pipeline for the announcement next week. Both of these have appeared in a number of leaks ahead of the keynote.

Finally, the latest tablet from Samsung – dubbed Galaxy Tab S7 – will reportedly include a speedy Snapdragon 865 processor, an 11-inch touchscreen with a 120Hz refresh rate (the same as the one found on the iPad Pro range from Apple) and a 8,000 mAh battery. Up to 128GB of expandable storage will also be included to make this a very capable tablet that can stand toe-to-toe with the likes of the Surface Go and iPad Pro series.

By the looks of the teaser, all of these products will be available in a luxurious new rose gold colour.

Galaxy Unpacked will be available to stream from Samsung’s official website on Wednesday August 5, 2020. Express.co.uk will have our eyes glued to the screen and will bring you all of the latest announcements from the company, so stay tuned.