Your Amazon Echo smart speaker has just been blocked from using a very useful feature designed to keep your home safe when you’re not there. Called Alexa Guard, this recently-released feature takes advantage of the microphone tucked inside the Echo to listen-out for anyone or anything making unexpected sounds in your house when you’re not in.

If chatty voice assistant Alexa heard something out of the ordinary – like a pane of glass being smashed, or a door being forced – it would alert your smartphone app so that you had enough time to stop the burglary (or avoid confrontation with some unsavoury characters on the front porch).

It was a clever little feature that offers a level of home protection without needing to install an expensive alarm system. However, it seems Alexa Guard is no longer available in the UK. Echo fans on Reddit first noticed the ban after receiving an email from Amazon explaining that the feature should never have been available in the UK in the first place. 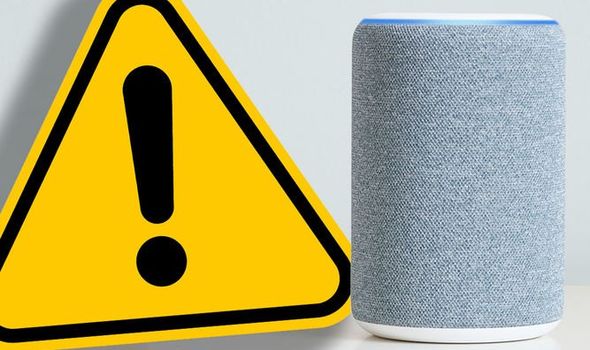 Alexa Guard was totally free to use, but it seems Amazon wants to help soften the blow of removing this helpful security service by offering those who signed up a goodwill gesture.

At least one user has received an email offering them an Amazon voucher with the firm saying: “We know this may have caused some inconvenience and as a token of appreciation we have issued a £10.00 Amazon gift card to your account.”

There’s no word on why Alexa Guard has been pulled from the UK market and it’s unclear if it will ever make a return, but an Amazon spokesperson has confirmed the issue telling Express.co.uk: “For a short period of time the Alexa Guard feature was available to our customers in the UK.

“This should not have been the case and we quickly fixed this issue. We have contacted the small number of customers in the UK who tried to access this feature to explain the situation.”

If you had signed up to Alexa Guard then it’s worth checking your inbox as you may find a £10 gift from Amazon waiting to be spent.