Scientists have developed a blood test that can identify if a baby has suffered a lack of oxygen to the brain during birth.

The prototype test is based on a study of the blood samples of 45 babies that experienced oxygen deprivation at birth, known as birth asphyxia, which increases the risk of risk of disabilities such as cerebral palsy and epilepsy.

These genes, including two in particular that showed ‘significant’ differences, could identify oxygen-deprived newborns most at risk of developing neurodisabilities.

Researchers say a blood test to identify these cases would allow clinicians to rapidly  treat the baby.

One treatment for babies showing signs of asphyxia is known as extreme cooling and sees their body temperature lowered to 33.5°C for three days.

Previous research has found this procedure to be effective at preventing long-term brain damage caused by a lack of oxygen. 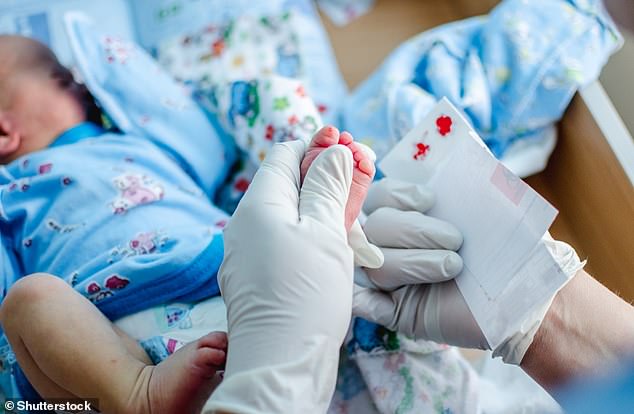 ‘The results from these blood tests will allow us to gain more insight into disease mechanisms that are responsible for brain injury and allow us to develop new therapeutic interventions or improve those which are already available,’ said study author Professor Sudhin Thayyil at Imperial College London.

The research was conducted in Indian hospitals, where there are up to one million cases of birth asphyxia per year.

Birth asphyxia can be caused by a number of factors, including inadequate oxygen levels in the mother’s blood due to heart or respiratory problems and inadequate relaxation of the uterus during labour.

This prevents oxygen circulation to the placenta, the temporary organ that supplies oxygen and nutrients to a fetus.

Following oxygen deprivation at birth, brain injury can develop over hours to months and affect different regions of the brain.

This results in a variety of potential neurodisabilities such as cerebral palsy, epilepsy, deafness or blindness.

As the underlying brain injury evolves, early identification of at-risk infants is challenging and often inaccurate, the researchers say.

The 45 babies had their blood taken within six hours after birth and were followed up after 18 months old to see which had developed neurodisabilities.

Blood samples were examined to find any difference in gene expression – the ‘switching on or off’ of genes – between babies that developed neurodisabilities and those that didn’t.

The team found 855 genes were expressed differently between the two groups, two of which in particular – protein coding genes RGS1 and SMC4 – showed the most significant difference.

Examining these two genes and what processes their expression causes within cells could help understand causes of neurodisabilities caused by birth asphyxia.

‘The blood samples were collected soon after birth and the changes in genes are detectable from birth, but the physical manifestations – e.g. epilepsy, cerebral palsy – aren’t detectable until 18 months,’ study author Paolo Montaldo at Imperial College London told MailOnline. 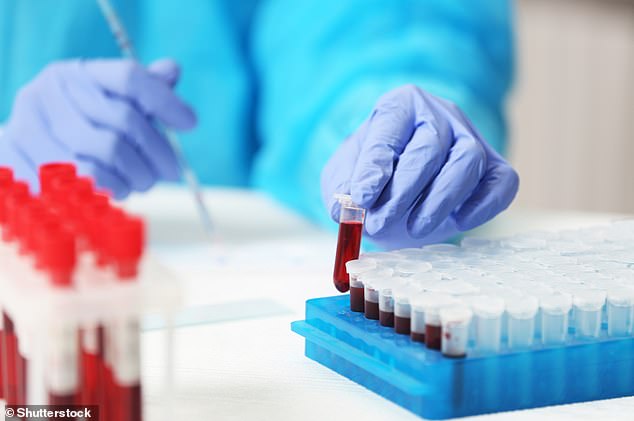 ‘If these findings can be replicated in larger cohort of babies, it may open new therapeutic avenues and to develop new neuro-protection therapies in the future,’ the researchers say in their paper, published in the journal Scientific Reports.

The team examined gene expression at only one time window, within six hours after birth, despite the fact gene expression profiles are likely to change over time in the post-natal period.

‘Our findings may differ if gene expression profiles are examined beyond this time window,’ the authors say.

The study was also conducted in low-middle income countries and therefore, caution is needed before translating these findings to different settings.

The babies were part of a trial called Hypothermia for Encephalopathy in Low and middle-income countries (HELIX).

The trial also examines the use of hypothermia – extreme cooling – on babies to prevent brain injuries developing following oxygen deprivation.

Cooling the baby’s body and brain temperature in a controlled environment alters chemical processes in the brain and can reduce the risk of permanent brain damage.

In higher-income countries this is known to reduce the chances of babies developing neurodisabilities, but in lower income settings cooling may not be feasible.

Generally, despite extreme cooling, 30 per cent of babies still have adverse neurological outcomes, so new therapies are still needed.

The Imperial team, which worked with groups in India, Italy and the US for the study, will next expand their blood testing study to a larger number of babies.

Oxygen deprivation, also known as asphyxia, is a significant risk for babies during the labour and delivery process.

It can be caused by several factors, or a combination of unfortunate circumstances.

Some of the causes of decreased oxygen before or during the birth process may include:

– Low blood pressure in the mother

– Early separation of the placenta from the uterus, called placental abruption

– Compression of the umbilical cord that decreases blood flow

– Poor placenta function that may occur with high blood pressure or in post-term pregnancies, particularly those past 42 weeks

Factors that may lower oxygen in the baby after birth include:

– Severe anemia, or a low blood cell count, that limits the oxygen-carrying ability of the blood

The most common problems leading to oxygen deprivation include trauma to the infant in utero, problems with the placenta or a prolapsed umbilical cord.

Lack of oxygen at birth can result in long-term effects that affect the entire family.

The consequences of oxygen deprivation most often last for a lifetime.