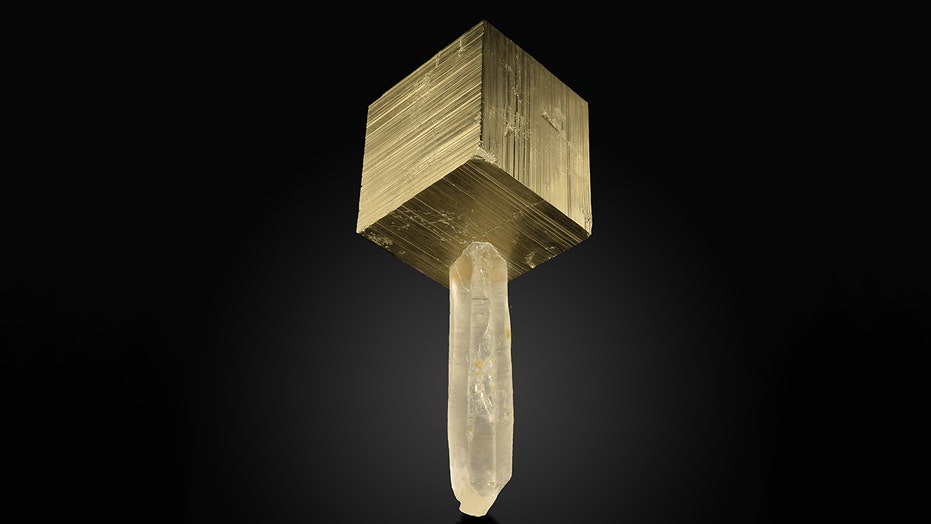 Researchers at the University of Minnesota have found a way to make “fool’s gold” more attractive.

They made it magnetic, according to a new study.

“Most people knowledgeable in magnetism would probably say it was impossible to electrically transform a non-magnetic material into a magnetic one,” Chris Leighton, the lead researcher on the study, said in a university statement. “When we looked a little deeper, however, we saw a potential route, and made it happen.” 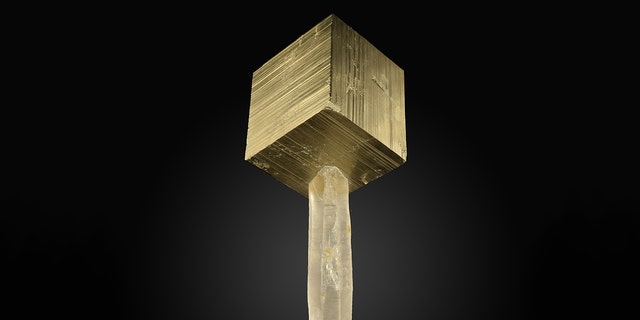 A sample of pyrite and quartz from the USGS. A new study says a team of scientists found a way to make "fool’s gold" magnetic.
(Carlin Green, USGS. Public domain.)

The study appeared Wednesday in the peer-reviewed Science Advances journal.

“Fool’s gold,” an inexpensive substance also known as pyrite, is often found in quartz veins and is used primarily to create sulfuric acid for industrial applications, according to the U.S. Geological Survey.

The University of Minnesota team had separately been researching ways to try and make new kinds of solar panels out of sulfur and iron sulfide materials, Leighton said. And they had begun looking into ways to use electrical voltages to control magnetism. 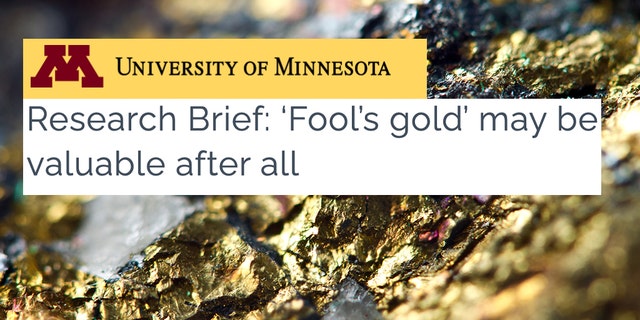 SCIENTISTS HAVE FOUND A WAY TO LEVITATE OBJECTS WITH LIGHT

“At some point, we realized we should be combining these two research directions, and it paid off,” he said.

The result is the first time that scientists have been able to take a non-magnetic material and make it magnetic, according to the university.

They used a process called “electrolyte gating” – using an electrolyte-rich solution, “comparable to Gatorade,” and small applications of electrical volts to move around molecules and make the substance magnetic.

“We were pretty surprised it worked,” Leighton said.

“By applying the voltage, we essentially pour electrons into the material,” he explained. “It turns out that if you get high enough concentrations of electrons, the material wants to spontaneously become ferromagnetic (potential magnets), which we were able to understand with theory.”

And the technique could have even more applications.

“This has lots of potential,” Leighton said. “Having done it with iron sulfide, we guess we can do it with other materials as well.”