Today, at 12.50pm, NASA will launch its £2billion Perseverance rover to Mars in the hope of finding evidence of alien life. The next-generation probe will lift off from Florida’s Cape Canaveral before arriving at the red planet in February 2021, where it looks for traces of life that could once have been present on our nearest neighbour. But, planners at the space agency would have been cautious to avoid a portion of space above Earth where protection from high doses of radiation is significantly weaker.

This vast region lies above the South Atlantic, stretching from Chile to Zimbabwe and while spacecrafts don’t suddenly vanish into thin air, the disruption that’s caused is nevertheless serious, and it poses problems for both equipment and astronauts.

The anomaly sits at the point where the inner Van Allen radiation belt comes closest to Earth’s surface.

Earth has two Van Allen belts, which are two doughnut-shaped rings of charged particles that surround our planet, held in place by Earth’s magnetic field.

The inner part consists mainly of high-energy protons and the outer part is mainly electrons. Because the belts trap the particles that are shooting from the surface of the Sun, they end up protecting the surface of the planet from harmful radiation. 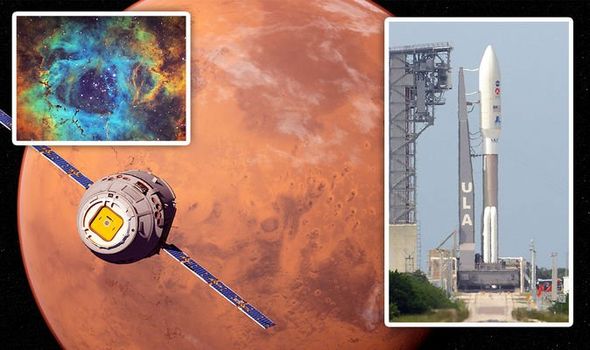 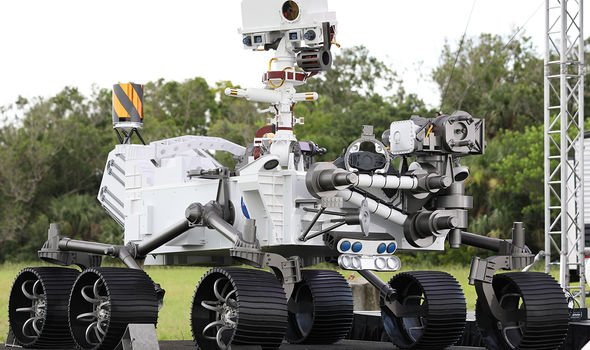 At the location of the “Bermuda Triangle of space,” or the South Atlantic Anomaly (SAA) as it is formally known, Earth’s magnetic field is particularly weak.

This means the particles of solar cosmic rays are not being held back to the same extent as they are elsewhere above the planet.

As a result, solar rays come as close as 124 miles to the Earth’s surface.

The more intense solar radiation results in an increased flux of energetic particles in this area.

John Tarduno, professor of geophysics at the University of Rochester, told Space.com last month: “I’m not fond of the nickname, but in that region, the lower geomagnetic field intensity eventually results in a greater vulnerability of satellites to energetic particles, to the point that spacecraft damage could occur as they traverse the area. 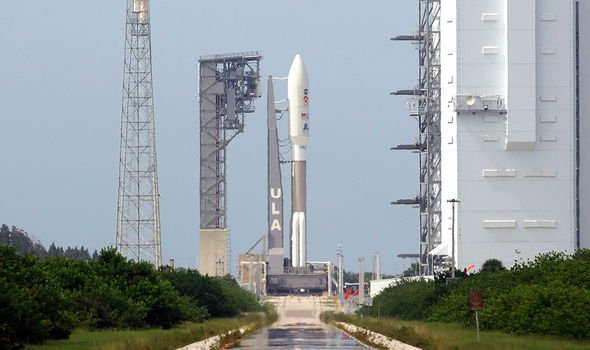 “Thus satellites passing through this region will experience higher amounts of radiation to the point that damage could occur.

“Think about an electrical discharge or arc.

“With more incoming radiation, a satellite can become charged, and attendant arcs can result in serious damage.”

Normally, the Van Allen belts stretch at an altitude of between 620 and 37,000 miles above Earth’s surface.

But the low altitude of the radiation hotspot puts it within the orbit of certain satellites, which become bombarded by protons that exceed energies of 10 million electron volts.

This affects the spacecraft’s onboard electronic systems, which hampers the operation of these objects and forces space agencies and other satellite operators to power them down. 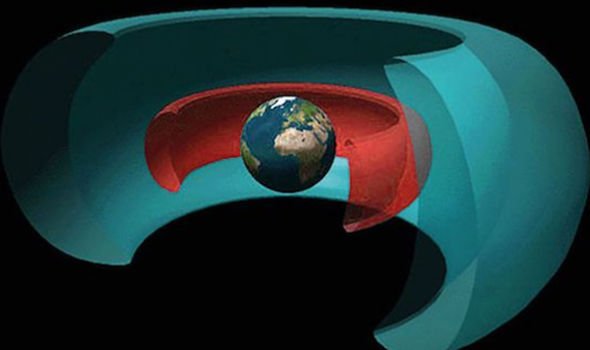 The Hubble telescope, which passes through the SAA 10 times a day, spending a good 15 percent of its time there, isunable to collect astronomical data during these moments.

Failure to take these measures would likely lead to system failure – something astronauts have already witnessed with computers on board craft that fly in the vicinity of the SAA.

The only solution is to take protective measures.

Dr Tarduno added: “Putting equipment into a ‘safe mode’ means operations that are more vulnerable to radiation are curtailed.”

Damage caused by the SAA can also prove very costly, as evidenced when the area sent the Japanese satellite Hitomi crashing down to Earth. 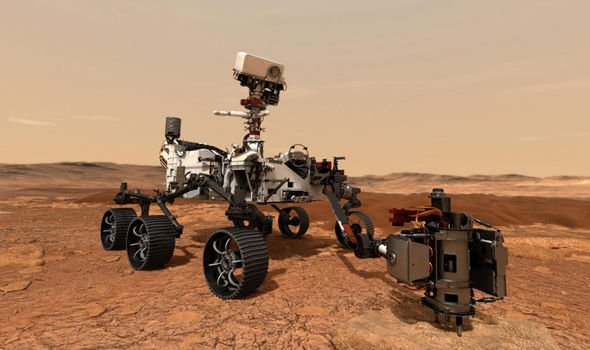 Hitomi, or ASTRO-H, was commissioned by the Japan Aerospace Exploration Agency (JAXA) to study extremely energetic processes in the universe. Just over a month after its February 2016 launch, its operators lost contact and the satellite broke into several pieces.

Experts later discovered that the problem was due to the spacecraft’s inertial reference unit reporting a rotation of 21.7 degrees per hour when the craft was actually stable.

When the attitude control system sought to counteract the non-existent spin, a succession of events caused it to break.

Had the operators been able to spot the error in real-time, they could have corrected it, but it happened while the satellite was travelling through the SAA, so communication was lost.

Astronauts can be affected by the SAA too.

Some have reported seeing odd white lights flashing before their eyes, and steps have been taken to protect astronauts on board the International Space Station (ISS).

Strong shielding is in place over the most frequently occupied parts of the ISS, such as the gallery and the sleeping quarters to reduce the amount of radiation the astronauts are exposed to.

Astronauts also wear dosimeters, which are devices that measure their personal exposure to ionising radiation in real-time, and send out a warning if they reach dangerous levels.