SpaceX confirmed the satellite deployed about 32 minutes after the lift-off at 5pm local time, on Monday afternoon (July 20).

After separating from the rocket, the satellite successfully communicated with the Toulouse Space Operations Center in the French city of Toulouse at 7:19pm.

The satellite is expected to reach its orbit of 22,300 miles (36,000 km) in two weeks and South Korea’s military will take over the system in October after testing.

The satellite is intended to build up South Korea’s defence capabilities against the nuclear-armed North, which invaded in 1950. 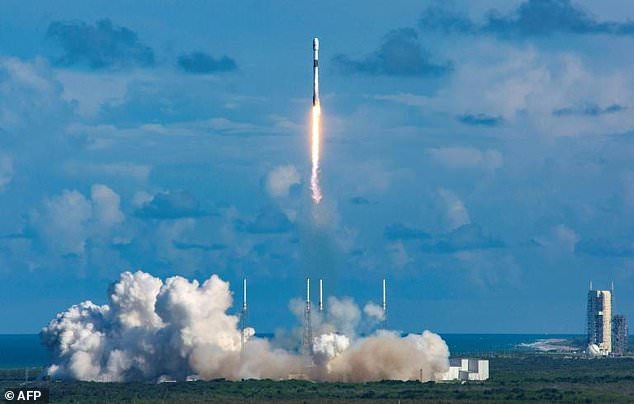 DAPA said the launch made South Korea the tenth country in the world to own a military-only communications satellite, which will provide ‘permanent and secured military communications’.

Anasis-II will replace Anasia, a communications satellite used for both military and civilian uses, but unlike its predecessor, Anasis-II will be used exclusively for military purposes.

‘Anasis-II has more than twice the data transmission capacity as its existing counterparts and can maintain communication despite obstructive jamming,’ DAPA said in a statement. 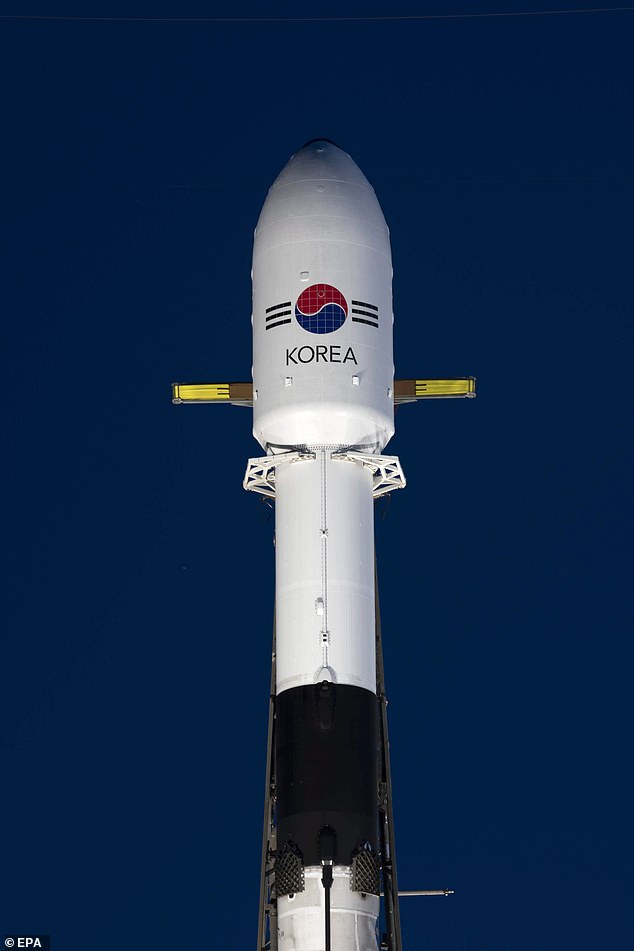 DAPA said the satellite will provide a stable and safe telecommunications network exclusively for the military.

Seoul is looking to enhance its military capabilities as it pushes to end an arrangement under which, if war breaks out, US commanders will have authority over their combined forces.

The satellite was ‘expected to improve the South Korean military’s independent operational capabilities’, an official at its defence ministry told Yonhap news agency. 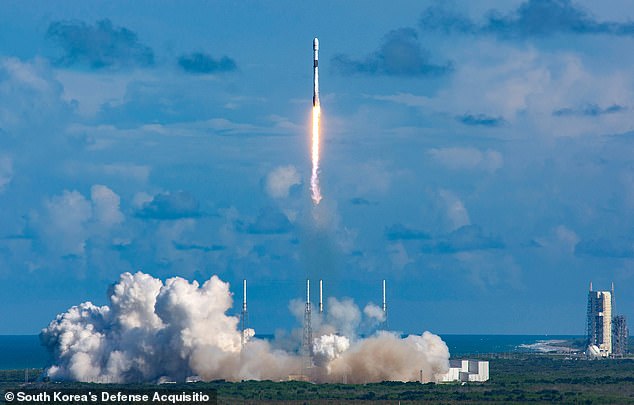 Seoul and Washington are security allies and the US stations 28,500 troops in South Korea, French news agency AFP reports.

But their relationship has been strained in recent years, triggered by differences in their approaches to Pyongyang, and over cost-sharing responsibilities.

After take-off, SpaceX liners in the water surrounding the launch site caught both halves of the nosecone fairing that detach from the launch vehicle.

The equipment can be reused, saving as much as $6 million per launch.

The entire launch can be rewatched on SpaceX’s YouTube channel and in the video below.

A Falcon 9 rocket previously launched Crew Dragon capsule to the International Space Station with NASA astronauts Bob Behnken and Doug Hurley on board at the end of May.

Following the launch, Musk told his company employees to accelerate progress on its commercial passenger vehicle Starship ‘dramatically and immediately’.

Starship will carry humans and commercial cargo to ‘the Moon, Mars and beyond’.