UFO researchers believe they have hit the jackpot on the search for life on Mars after finding statue-esque heads on the Red Planet. According to alien researcher Scott C Waring, the statues are even of human heads, which suggests the aliens were monitoring us, and made statues.

Mr Waring also argues that the statues tell a story of life on the Red Planet.

Furthermore, Mr Waring believes the statues even tell the story of life on Earth and depict some of our greatest cultures such as Egypt and Greece.

The self-proclaimed UFO expert wrote on his blog ET Database: “I found some amazing things in this Mars photo. Some faces that one would never expect to see.

“The sculptures are crude and primitive, but the details are easy to see even after thousands of years in the sun. 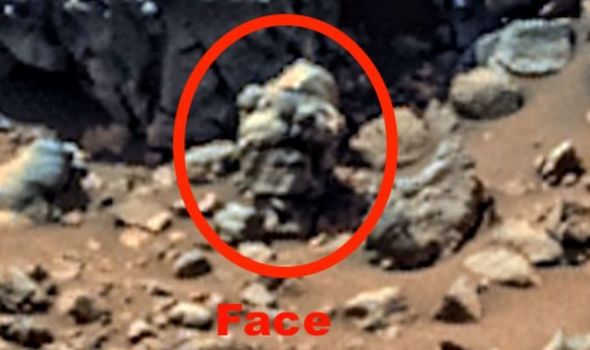 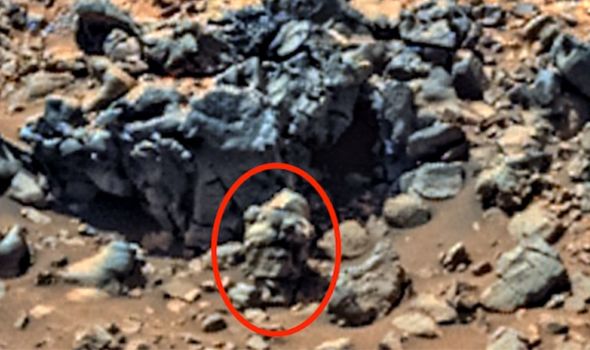 “They make the faces in unique ways and each one is different, sometimes a bear, a squirrel, cat, human, dwarf, and much more.

“The sky is the limit and some of these faces actually existed and others came from their religions, stories, imagination. Life…is amazing on any planet.”

However, sceptics and NASA would say the faces and other similar findings are just the effects of pareidolia – a psychological phenomenon when the brain tricks the eyes into seeing familiar objects or shapes in patterns or textures such as a rock surface.

Another recent finding which supposedly supports the argument of life on Mars was that of a supposed statue of a Martian god.

The apparent statue is found enclosed between the bottom of two Martian cliffs, with Mr Waring claiming it is made out of copper or a “golden metal”. 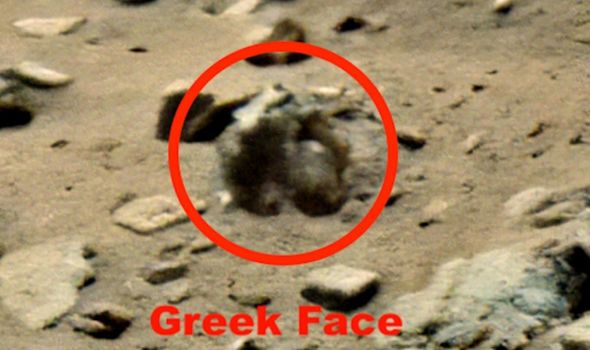 He wrote on ET Database: “While looking over some Mars photos, I came across a strange figure hidden in the lower part of a hillside.

“The figure looks like its made of a copper or golden metal. I know this because the colour is very different from the colour of its surroundings.

“This was probably a god, a statue of a god that the people on Mars prayed to for protection.

“The statue itself has a head, a thick chest with a long robe covering it, a large book or shield on one arm.

“Very amazing discovery and absolute proof that ancient intelligent aliens not only lived on Mars, but prayed on Mars.”