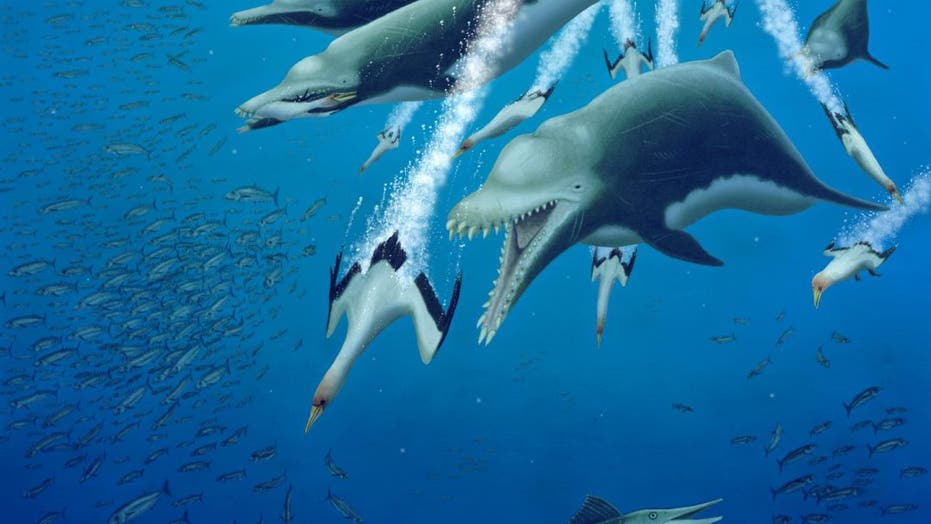 The research, which appears in the scientific journal Current Biology, describes a 25-million-year-old, 15-foot skeleton of a dolphin, known as Ankylorhiza tiedemani comb. n., that had teeth. Its bone structure allowed it to operate like the apex predator of the seas, which researchers believe it was.

"The degree to which baleen whales and dolphins independently arrive at the same overall swimming adaptations, rather than these traits evolving once in the common ancestor of both groups, surprised us," said the study's lead author, Robert Boessenecker of the College of Charleston in Charleston, S.C., in a statement. "Some examples include the narrowing of the tail stock, increase in the number of tail vertebrae, and shortening of the humerus (upper arm bone) in the flipper." 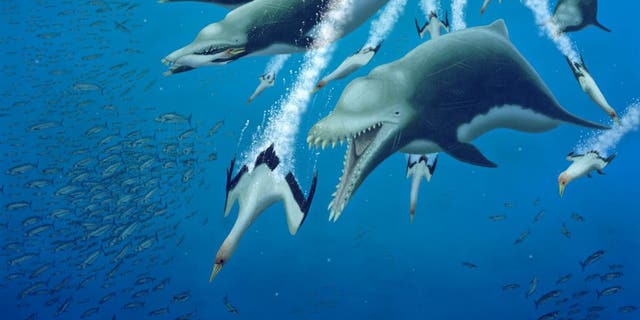 The fossils of the first Ankylorhiza were discovered in the latter part of the 19th century, including a snout fossil. Yet, it wasn't until the late 1990s that the nearly complete skeleton described in the study was found in South Carolina.

Boessenecker and the other researchers also noted that Ankylorhiza's skeleton indicates it was the first whale to use echolocation, as it was "very clearly preying upon large-bodied prey like a killer whale."

"Whales and dolphins have a complicated and long evolutionary history, and at a glance, you may not get that impression from modern species," Boessenecker explained. "The fossil record has really cracked open this long, winding evolutionary path, and fossils like Ankylorhiza help illuminate how this happened."

Echolocation is used by whales, dolphins, birds and bats. It allows animals to know where the location of an object is using reflected sound, allowing the animals "to move around in pitch darkness, so they can navigate, hunt, identify friends and enemies, and avoid obstacles," according to Discover Wildlife.

Boessenecker said more fossils of Ankylorhiza need to be studied, including some younger creatures, to gain a better understanding of the ancient dolphin, as well as the era it lived in.

"There are many other unique and strange early dolphins and baleen whales from Oligocene aged rocks in Charleston, South Carolina," Boessenecker explained. "Because the Oligocene epoch is the time when filter feeding and echolocation first evolved, and since marine mammal localities of that time are scarce worldwide, the fossils from Charleston offer the most complete window into the early evolution of these groups, offering unparalleled evolutionary insight."

Researchers continue to learn more about the ancient seas and the creatures that lived in them. In April, researchers learned that ancient crocodiles behaved similarly to modern-day whales and dolphins due to their inner-ear systems.

In May 2018, researchers described the discovery of a 180-million-year-old prehistoric crocodile fossil. The crocodile had "dolphin-like features" and was described as "the missing link."

Several months later, experts published a study on a 180-million-year-old ichthyosaur fossil that had evidence of blubber and skin, making the creature more similar to modern-day dolphins.