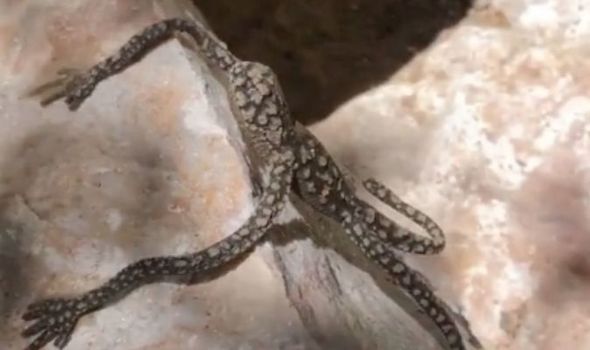 A video on TikTok showed a small, lizard-like creature with elongated arms crawling along some rocks. The TikTok account holder, @stinkeyescrappy, posted the video on the social media site, along with a simple comment; “Hopefully someone can help me figure out what this little creature is.” Alien investigators have since examined the video, and believe the creature is a genuine extraterrestrial.

Prominent UFO researcher Scott C Waring said on his ET Database: “I thought this was a toy, but toys don’t have closed eyes. So this one detail leads me to believe this strange creature may be real.

“Also there have been reports of aliens as small as four inches tall in the past from the Apollo 20 mission when I spoke to astronaut William Rutledge when he was still active on Youtube before his account was hacked by the NSA and deleted.

“Still, this little guy is cute, wish I was there, I would have tried to catch the little fella to get a closer look, then release it again. Its the closed eyes, no toy would have that. It’s real.” 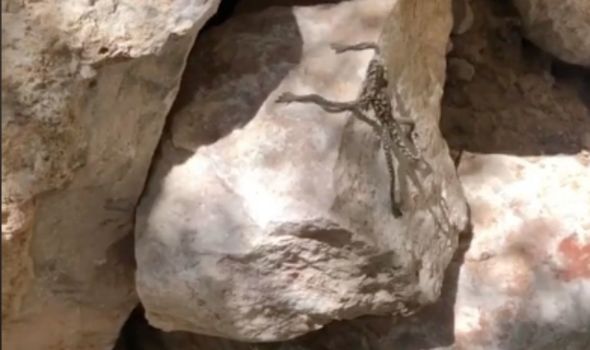 Others, however, are convinced it is merely a toy, with one person writing in the comment section of the video: “Pretty sure it’s the old, dried, and sun-baked version of those toy sticky plastic lizards that you throw at the wall!”

For centuries, scientists have queried whether the Universe is ours alone, but have so far found no definitive proof.

The sheer size of the cosmos suggests that life is bound to exist elsewhere, but all of our calls have so far gone unanswered.

However, experts from Breakthrough Listen, an organisation which scans the stars in the hope of finding alien signals, believe extraterrestrial life is out there. 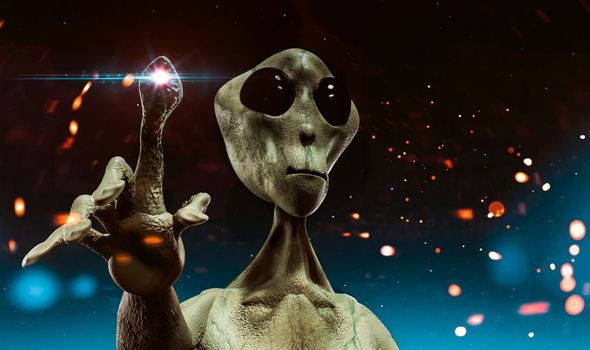 Lee Spitler, an astronomer from Macquarie University, told The Conversation’s ‘Trust Me, I’m an Expert’ podcast: “I think there’s a high likelihood that we are not alone in the Universe”.

Danny Price, a scientist for Breakthrough Listen, is confident they will “find something”, but admitted it may take a while.

He told the podcast: “There’s a small chance that we’ll find something – I think this is a long-term human endeavour. It’s something that we need to continue to do.”