On July 3, the Florida Department of Health (DOH) confirmed that a person had become infected with a brain-eating amoeba called naegleria fowleri. According to the DOH, the single-cell amoeba, which is usually found in freshwater like rivers, ponds, lakes and springs, creates an infection called primary amebic meningoencephalitis (PAM), which is extremely rare but can be very fatal.

The amoeba enters the body through the nose, which heads to the brain where it begins to attack.

While the DOH has not given an update on the unnamed person’s condition, experts have warned the infection is fatal more often than not.

Between 1962 and 2018, 145 people from the US have contracted the infection. Only four have survived.

In an interview with AccuWeather, Dr David Kaufman, professor and chair at the Michigan State University College of Osteopathic Medicine in the Department of Neurology and Ophthalmology, said: “Survival is rare”. 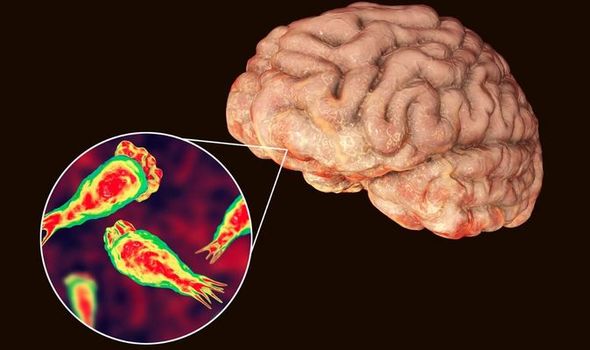 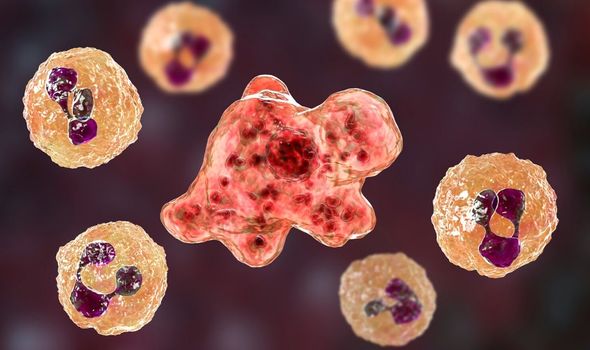 According to Dr Kaufman, symptoms usually begin within 24 hours, with the main ailment being a severe headache.

This can lead to seizures, as well as weakness in the face, arms, legs and a loss of speech.

Dr Kaufman said: “Symptoms can emerge within 24 hours although it may take a few days for issues to emerge. 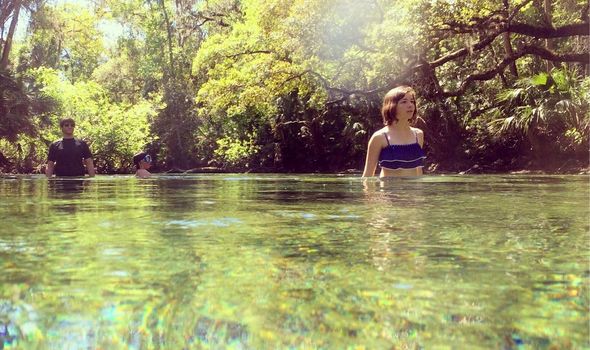 Dr Kaufman also explained how somewhere like Florida, where it is hot and humid, is the perfect place for the amoeba to reside.

He continued: “In areas such as hot springs or certain lakes in places like Florida, it is also quite rare but can occur.

“For prevention, logical preventative measures could include avoiding exposure of water to the nasal passages.

“If after swimming in a warm to hot lake, or even if you have not done this, if there is a significant unrelenting, very painful headache especially associated with a stiff neck or fever or if a new neurological issue develops such as a newly developed seizure disorder, arm, face or leg weakness or loss of speech, consider rapid access to an emergency room.”