Tinder is starting to roll out its video chat feature called Face to Face across more than a dozen major markets.

Starting this week, Face to Face will become available for select users in the US in Virginia, Illinois, Georgia, and Colorado, as well as in Australia, Brazil, and France.

To video chat, users aren’t require to exchange phone numbers and must opt-in in order to initiate. 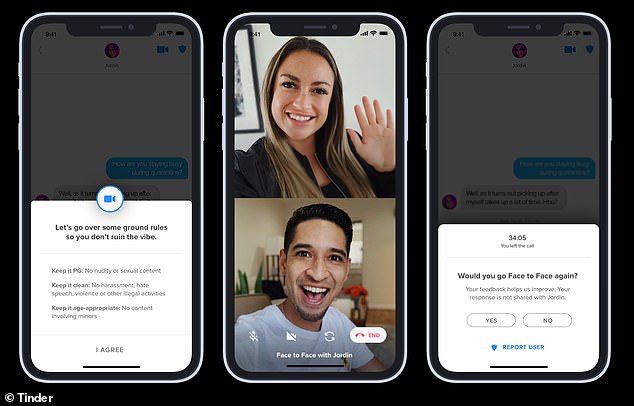 This means that both users must agree to have a video call before the option appears in the app. Once both parties have agreed, they can simply tap a button on the right corner of the screen to begin.

Both parties must also agree to keep their chats free of anything sexually explicit, violence, or hate speech.

The video call splits the screen into two equal halves unlike other video chat tools like FaceTime.

This is designed  so that users can see a more complete frame of how they look and also to ensure the chat isn’t displaying any unwanted personal information in the background.

After the video call is concluded users will also be prompted answer whether they would have a video call again and may report someone if they do anything inappropriate.

Tinder said it won’t keep records of calls and moderation will be based on reports from users with disciplinary action being taken on a case-by-base basis. 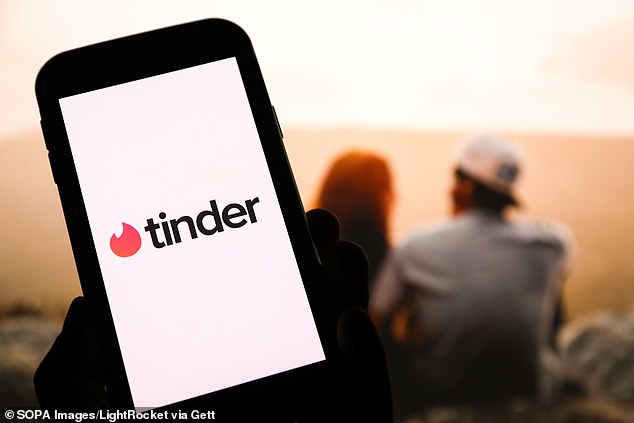 According to Tinder, the feature is being tested both in response to restrictions created by COVID-19 and social-distancing, but also as a general way for its users to vet potential dates.

‘We recently surveyed our members in the US, and half of them have had video dates with a match off Tinder in the past month,’ Tinder wrote in a statement.

‘Not only that, but 40 percent of Gen Z members wanted to continue using video as a way to decide whether to meet IRL in the future – even once their favorite date spot is open again.’