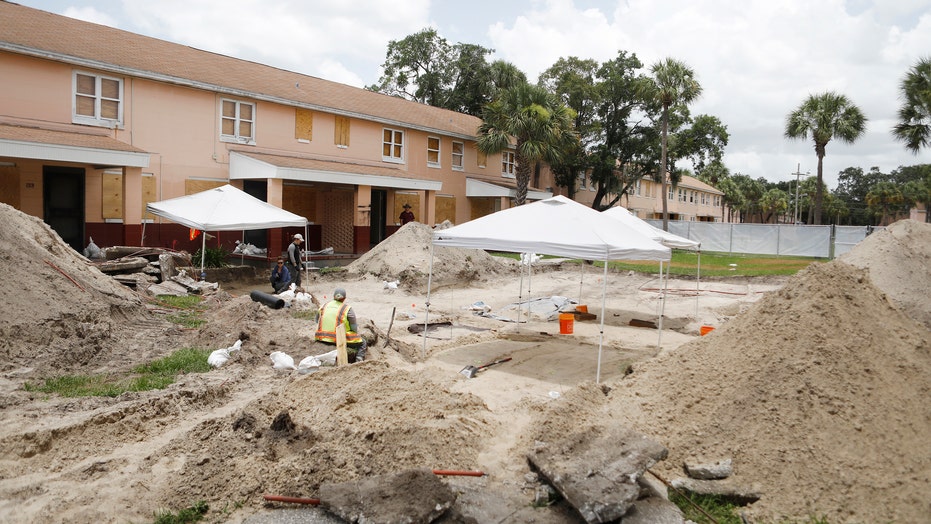 Archaeologists in Tampa, Fla., have been working to uncover a lost Black cemetery from the early 20th century that was built over in the 1950s.

Eric Prendergast, principal investigator of archaeological consultancy Cardno, is leading the project to uncover the Zion Cemetery, which is beneath part of Robles Park Village, a public housing development. The Tampa Housing Authority brought in Prendergast and his team to shed new light on the lost cemetery.

The Zion cemetery was founded in 1901 by Richard Doby, a prominent African American business leader, Prendergast told Fox News. “It is the earliest all-Black cemetery in Tampa, and it was purposefully erased by white supremacists during the Jim Crow-era segregated south,” he explained via email. “Florida had a lot of racial injustice during these years, just as much and in some cases more (e.g. see lynching per capita study Equal Justice Initiative) than the rest of the Southeast.”

Robles Park Village was built over the cemetery in the 1950s, the Tampa Bay Times reports. 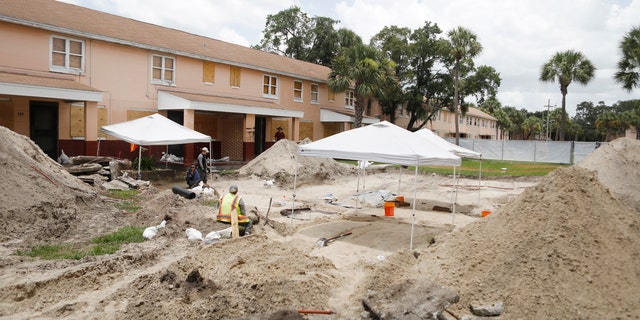 Archaeologists work to uncover graves at the former site of the Zion cemetery found underneath the Robles Park Village housing complex on June 29, 2020, in Tampa, Florida. (Photo by Octavio Jones/Getty Images)

Last year, archaeologists used ground-penetrating radar to find the cemetery, which is beneath apartment buildings, sidewalks, city streets and communal spaces within the housing development. “From the radar results we found the signature of several hundred burials beneath the active housing development,” Prendergast told Fox News. “The housing authority immediately moved all of the people who were residing in apartments built on top of the cemetery, and the decision was made to work towards an overall goal of preserving the cemetery forever and turning it into a memorial for the dead who are resting there.”

An advisory committee has been set up and it includes Robles Park Village residents, the NAACP, local activists, the City of Tampa and archaeologists. Researchers have submitted to the committee a work plan to confirm that the graves had coffins and find the boundaries of the cemetery. 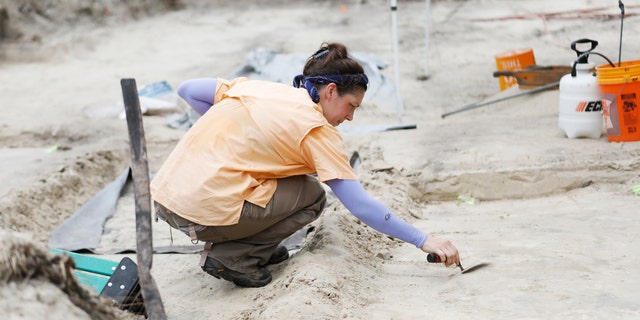 Archaeologist Erin McKendry works to uncover a grave shaft at the former site of the Zion cemetery found underneath the Robles Park Village housing complex on June 29, 2020 in Tampa, Florida.
(Photo by Octavio Jones/Getty Images)

"With the committee’s approval we carried out that work plan over the course of the last two weeks between June 22 and July 3,” Prendergast told Fox News. “We confirmed the presence of grave shafts in all areas that radar had detected the signatures of burials. In total we investigated 49 grave shafts. We also confirmed in two instances that the grave shafts contain the remains of coffins.”

Items uncovered at the site include glass pitchers, cups and ceramic vases, as well as decorative conch shells and other seashells. “During this time period in the southeast, seashells were often placed on top of or within burials in the African American community in a tradition that can be traced back to West Africa,” Prendergast said. “Some of the people buried at Zion were recent Bahamian Immigrants and much of the black community in Tampa has Bahamian or Caribbean roots.”

Archaeologists also found that some of the graves had been exhumed and removed from the Zion cemetery in the 1930s. “When we opened one of these peculiar grave shafts we found that the coffin and the body was missing,” Prendergast said. “But the workers had apparently left the grave offerings (large conch shells) in the base of the empty grave shaft.”

Last year, in a separate project, a lost cemetery containing the remains of 145 people was discovered on the campus of a Tampa high school.

Officials with Hillsborough County Public Schools became aware of the “possible unmarked cemetery for indigent citizens” and quickly brought in experts to search for the graves. Underground scans revealed the burial ground, believed to be part of the historic Ridgewood Cemetery, on the campus of King High School.

Fox 13 reported that almost all of the burials in the Ridgewood Cemetery are African-Americans. The land containing the cemetery was bought in 1959 and built over, it said.