Is this the first real glimpse of Samsung’s Note 20 Ultra? Leaked photos appear to show the new phone just a week after renders were leaked on the company’s own website

Leaks about an upcoming addition to Samsung’s Note line of phones are picking up.

A tweet from YouTube creator, Jimmy Is Promo, appears to show the first real-life pictures of Samsung’s Galaxy Note 20 Ultra just a week after apparent renders of the device were accidentally uploaded to the company’s website.

The real-life images match with the previously leaked renders and show a rear-facing camera module with several sensors. 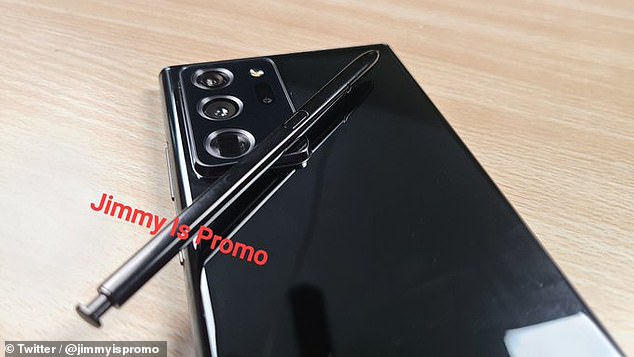 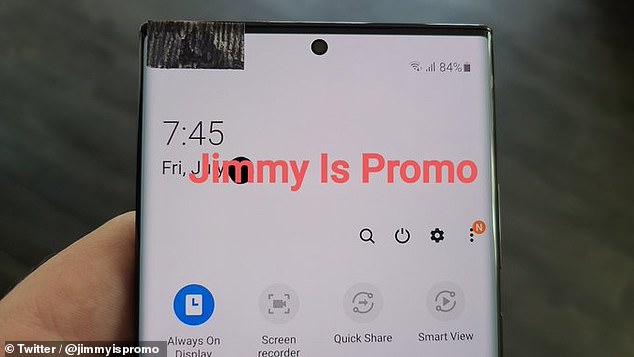 YouTuber, Jimmy Is Promo, posted pictures to Twitter (above) showing what he reports is the Samsung Note S20 which could be released next month

Images also offer the first look at the front of the device and depict a very small bezel with a hole-punch selfie camera positioned in the top center of the display.

There appear to be only a couple design changes compared to the Note 10, including the placement of the side volume and power buttons – both of which are on the right side of the device.

Unlike the phone’s direct predecessor, the S20, Jimmy Is Promo reports that the phone’s stylus, the S-Pen, and its bottom speaker will move to the left of the charging port.

Previously renders which appear to have been accidentally uploaded to the company’s website, showed the device in a color called ‘Mystic Bronze.’ Those images appeared on Samsung’s Russian, Ukrainian and Chinese websites.

Leaks in May suggested that the Note 20 and the Note 20+ will have 6.7-inch and 6.9-inch displays respectively and may also have upgrades to RAM.

Samsung has traditionally announced new devices in August so it’s possible that the new Note devices could be officially unveiled soon. 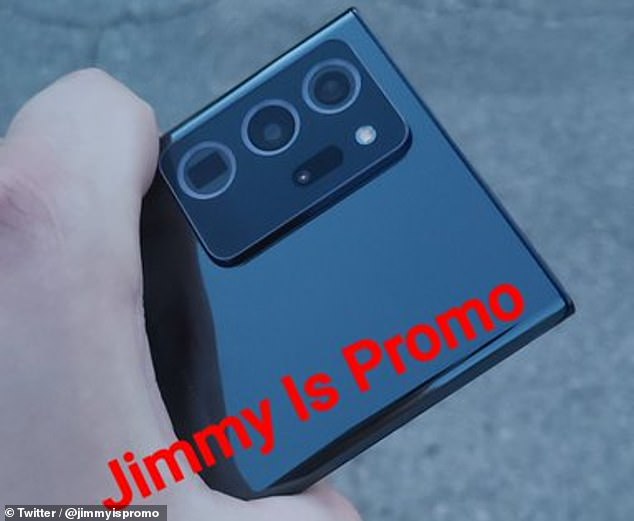 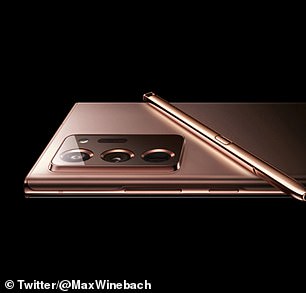 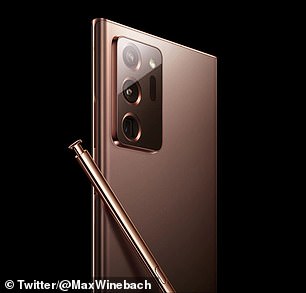 The phone appears to have a telephoto lens on a rear-facing camera module with several other sensors. It’s unclear what kind of lenses the device will have

All three models have 5G support and come with Samsung’s Infinity-O display, which covers the entire face of the phone, with exceptionally thin bezels around the edge.

The Galaxy handset were notably at the center of myriad leaks, leaving almost nothing to the imagination by the time it was released.