Virgin Media has made a dramatic change to its contracts and there’s some very good – and bad – news for those who are about to sign up to a new deal. The update, which was announced earlier this week, means anyone signing up to a new Virgin Media deal will need to commit to 18-months, rather than the previous 12 months minimum term offered by the firm until now.

It’s a big commitment and the thought of being locked into a single broadband supplier at a certain speed for that extended period of time might have some consumers concerned. After all, during your contract, you won’t be able to switch suppliers or cancel early without facing extra charges and expensive penalties. But it’s not all bad news as there are some benefits to the change.

Virgin Media says it’s introducing 18-month contracts across its packages in a bid to offer customers greater value. Although that sounds like marketing nonsense, they might actually have a point as Virgin Media always reserves the best deals for those who are signing-up for the first time. These often allow customers to get broadband, phone calls, SIM-only deals and TV for much more affordable prices than existing customers.

And since those introductory deals now last 18-months rather than 12-months, it means you’ll benefit from deals for longer and that will means there’s savings to be made. For example, if you sign up to Virgin’s new M500 broadband you’ll pay £46 per month for the first 18 months. However, this cost then rises to £62 once the deal ends – that’s a jump of £16 a month or £192 a year. 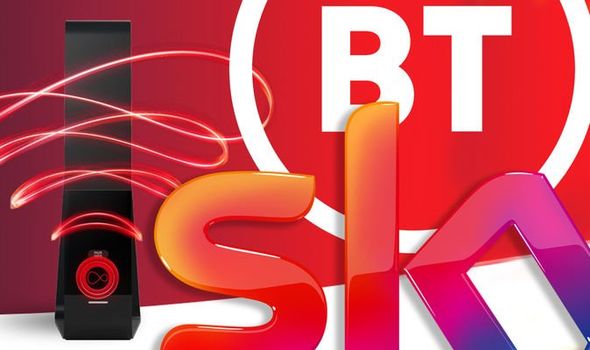 Both BT and Sky have been offering 18-month contracts for a while so this is nothing new and seems Virgin feels now is a good time to join its rivals with something similar.

Speaking about the changes from Virgin, analyst Paolo Pescatore said: “People are always wary of signing into long term deals as they want to have flexibility and be in control. This seems to be a good compromise and one that should resonate with users as they can still enjoy the discounts for the entire period.

“The move is timely as the latest and sudden change in behavioural patterns underlines the growing importance of connectivity. With most users having been stuck at home (for very good reason), they’ve started to realise their current set-up is not up to the task to meet with this surge in demand of working/studying/entertaining the household.

“Over the coming months expect users to rethink their current household and TV needs. Users have and will continue to be more demanding and have high expectations. Ultimately, the move to faster speeds and longer contracts seems inevitable.”

As long as you are happy to stick with Virgin for 18 months, then the firm’s new contracts should save you money. Of course, the change does leave a number of potential customers now unable to opt for Virgin Media over another supplier, including those with rental agreement that only covers them for 12-months. Students are another important customer base that won’t be able to opt for Virgin Media broadband as they’re rarely in a rented property for an entire year – let alone 18-months – during their studies.

Of course, if you only want broadband for a year before looking for another deal you might need to shop around for shorter contracts. For example, Zen Internet still offers 12-month contracts and also offer a lifetime price guarantee meaning your bills should never rise.