Ever since Apple launched its AirPods back in late 2016, rivals have been struggling to catch-up. Samsung finally joined the in-ear wireless revolution last year with its Galaxy Buds, which included a wirelessly-charging carry case – a first for the category, and now there’s another rival launching in the UK.

LG’s response to the AirPods and Galaxy Buds comes with something we’ve never seen before. Known as HBS-FN6, these ‘buds not only include a comfy fit and powerful audio but also a charging case that actually automatically cleans the earbuds when they are not in use. Yes, really.

This UVnano technology is an industry-first with LG boasting that this concept eliminates bacteria and germs that can build up over time. Several studies have shown that earbuds can harbour more bacteria than a kitchen chopping board, which sounds pretty disgusting.

This build-up of filth can lead to potential ear infections, which is why LG has introduced this simple, but clever, solution. Using built-in ultraviolet light, LG’s slim charging case keeps listeners’ ears cleaner by eliminating 99.9 per cent of bugs such as E. coli. 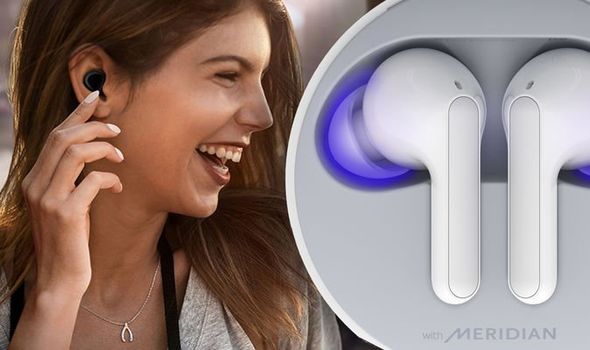 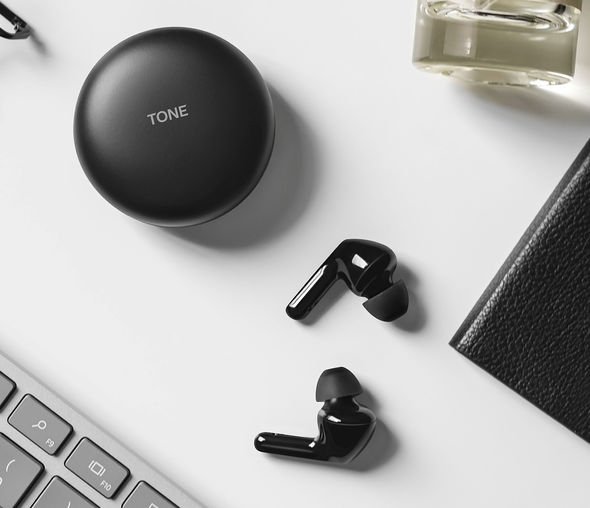 Along with that automatic cleaning system, the case also refills the buds with power and can even bring an hour of music playback from just five minutes of charge. Once full, the HBS-FN6 will keep on playing for around six hours before needing another refill.

Other features tucked inside these music makers include Headphone Spatial Processing and customised EQ sound settings developed by Meridian with each mode offering four unique presets to deliver a perfectly tailored listening experience.

The new headphones should also survive life on the road and the gym as they are rated IPX4 for protection against splashing water, rain and perspiration.

There’s also Voice Commands for convenient access to Google Assistant or Siri on a connected smartphone and intuitive touch commands built into each earbud allow the listener to play, pause, skip and control the volume level without reaching for the phone.

“LG has always striven to deliver better sound to more consumers and with our new TONE Free earbuds we are expanding on our successful partnership with Meridian Audio,” said Park Hyung-woo, head of LG Home Entertainment Company’s audio and video division. “On top of great sound, TONE Free brings something new to the table that is also very practical.”