Experts have long been suspected the famous Neolithic monument is constructed of both local stones and some sourced from much further away, in Wales’ Preseli Hills. The debate over which path these rocks took to Stonehenge has long been anchored by a unique block called the Altar Stone, thought collected en-route.

A popular theory had suggested the Altar Stone arrived from the Pembrokeshire coast, with the blocks then sent up the Bristol Channel.

Its mineralogy and zircon age profile are very different

However, a new analysis of the age and mineral composition of both the Altar Stone and its supposed source revealed the two actually do not match.

The Altar Stone is instead likely to have arrived from further east — near the modern-day town of Abergavenny — suggesting the bluestones were transported by land.

In fact, the stones may have followed a route quite similar to the A40 road that connects Wales with the capital today. 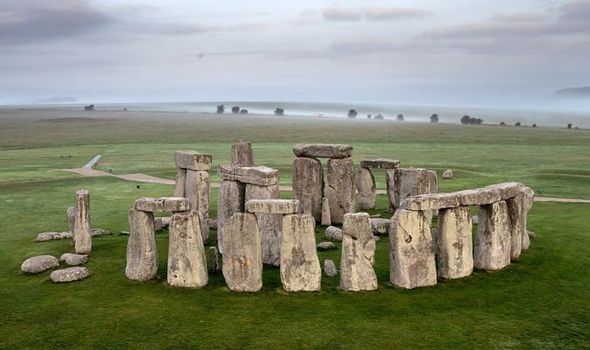 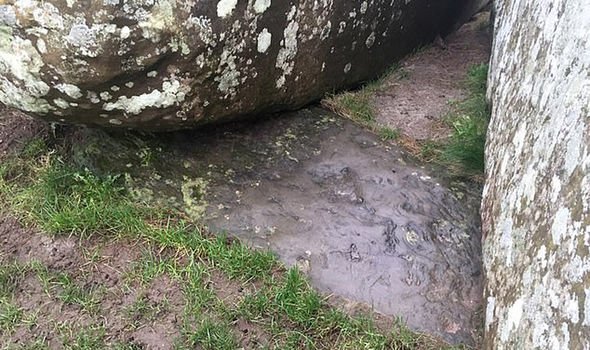 Built around 3,000–2,000 BC, Stonehenge contains various groupings of rock — the green-grey ‘sarsens’, the so-called ‘bluestones’ and the purplish-green ‘Altar Stone’.

The sandstone sarsens — Stonehenge’s most prominent slabs — were sourced locally, from Marlborough Downs, only 20 miles from the site of the iconic monument.

Less obvious, however, is the provenance of the so-called ‘bluestones’ — a loose term used to refer to all the non-local rocks that make up the rest of the monument.

These are mainly constructed of relatively small blocks of the igneous rocks ‘dolerite’ and ‘rhyolite’ — but also includes the so-called Altar Stone, which is distinct. 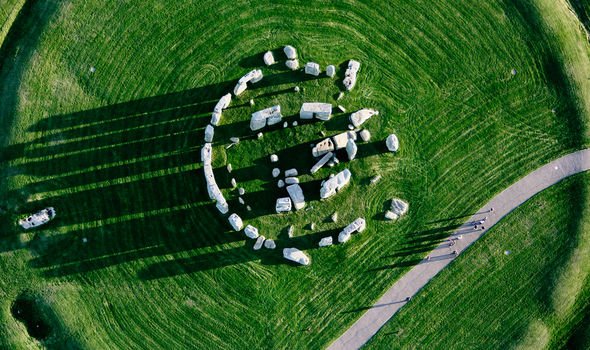 Made of a geologically younger, mica-rich sandstone, the Altar Stone — or ‘Stone 80’ — is a flat-lying, 6.5ft (2m)-wide block thought to weight around six tons, currently partially hidden under two fallen sarsen stones.

The first detailed analysis of the bluestones was undertaken by the British geologist and archaeologist Herbert Henry Thomas in 1923, who linked most of the stones with rocks found some 150 miles away in the Preseli Hills of north Pembrokeshire, Wales.

The notion the Altar Stone came from Milford Haven had a profound influence on theories as to how the bluestones were transported to Stonehenge — with the idea being that the Altar Stone may have been collected en-route.

Many experts accordingly suggested that, from Milford Haven, the bluestones and the Altar Stone were shipped on rafts up the Bristol Channel, before travelling the final leg to Salisbury Plain over land.

The theory had proven so popular, in fact, that a number of attempts have been made since to re-enact the journey.

Recent studies, however, have called into question the original connection between the Altar Stone and the sandstone outcrops in South Wales and Pembrokeshire — and similarly challenge the notion the blocks travelled by sea from Milford Haven.

Some researchers have even concluded the bluestones originated from the northern flanks of the Preseli Hills — meaning that, to go via Milford Haven and the sea, they would first have to have been tortuously hauled all the way over the hills. 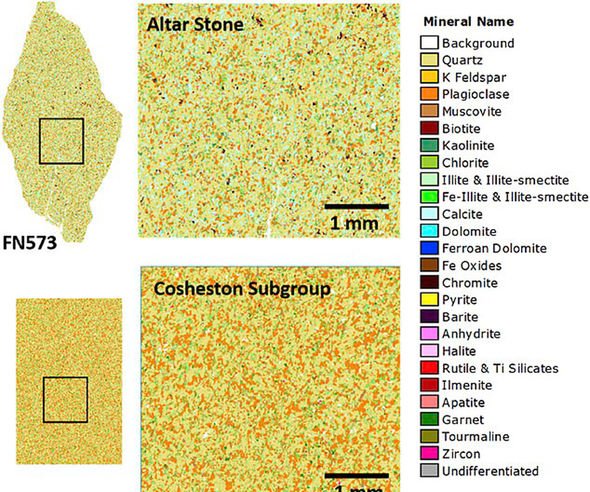 In their new study, archaeologist Rob Ixer of the University College London and colleagues re-examined both the Altar Stone and the sandstones of the Cosheston Subgroup, its proposed source in Milford Haven.

The team used advance X-ray spectroscopy techniques to determine the exact mineral make-up of both rock and measured the isotope ratios of tiny crystals of zircon to estimate the age of each sandstone.

The results, the researchers said, “show that the Altar Stone could not have come from the sandstones exposed at Milford Haven”.

The wrote: “Its mineralogy and zircon age profile are very different.”

With the Altar Stone now revealed to have not come from Milford Haven at all, the team explained, there is now ‘no scientific evidence’ for the idea that the bluestones were transported southward to there from the Preseli Hills, and on by sea, at all.

Dr Ixer said: “This totally destroys the raft theory. It blows it out of the water.

“This is our second re-examination of the bluestones, but it is our first major finding.

“The quest is now to find the real source of the Altar Stone. We can exclude areas in West Wales as there are no suitable geological sourced.”