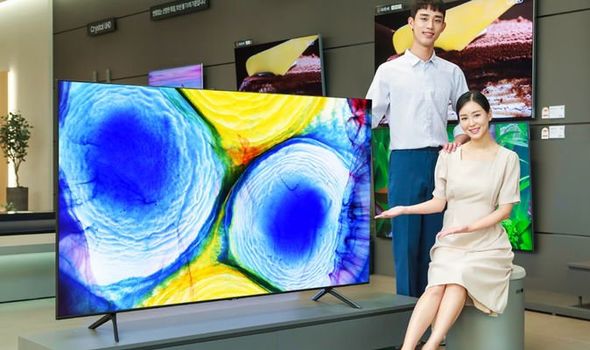 Samsung has announced the launch of a new series of QLED Smart TVs – the QT67 range – in its home market of South Korea. What makes these new models stand out from the other Smart TVs already in the portfolio is the energy efficiency, which is first-class. Literally.

The new QT67 models are the first QLEDs from Samsung to achieve the first-class energy efficiency rating. The South Korean company has made televisions with the same rating, but these didn’t boast the same picture quality as QLED panels.

The better energy efficiency, the more affordable these displays will be power. Of course, that not only means you’ll have to cough-up less for your monthly electricity bills, but you’ll also be saving the planet one boxset at a time. In fact, the energy efficiency is so good that in South Korea right now, anyone who buys the new models will be rewarded with a 10 percent refund per person from the Korea Energy Management Corporation. So, not only will you be making a saving while running the new Smart TV, but you’ll also be making a saving at checkout too. 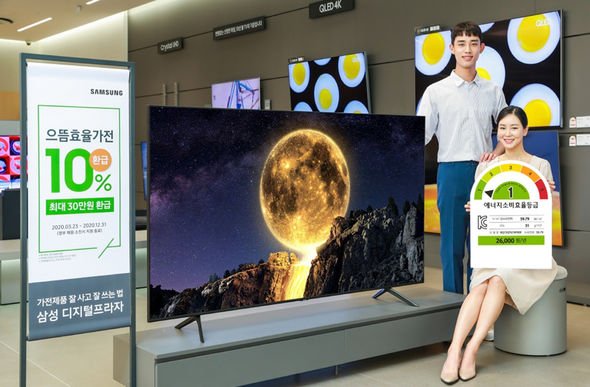 There’s no word yet on when these über-efficient Smart TVs will arrive in the UK, so there’s plenty of time to save.

Speaking about the launch, Samsung Vice President of Electronics’ Video Display Business Unit, Jong-Seok Chu said: “Samsung TV is trying to deliver meaningful value to consumers in addition to image quality such as recently released eco-packages and safety-grade certifications for vision protection. It will also contribute to energy savings.”

For those who don’t know, QLED stands for Quantum Light-Emitting Diode. In an nutshell, QLED panels work in the same way as standard LED TVs – meaning there is a backlight built from hundreds or thousands of LEDs that light the individual pixels. QLED improves on standard LED by employing nanoparticles – known as quantum dots – to super-charge the brightness and colour of these individual pixels. The result is more vibrant colours.

However, QLEDs aren’t able to produce quite the same level of inky blacks as pricier OLED TVs. That’s because OLED – or Organic Light-Emitting Diode – panels doesn’t use a uniform backlight. Instead, each individual pixel is an LED which can be switched on and off to create colour or total darkness.

By switching the LEDs off completely, OLED avoids the light pollution from the backlight that makes things look a little grey on LED TVs. It’s also the reason smartphone and tablets with OLED panels can save battery by using apps with primarily black user interfaces.