In the Book of Revelation, the Four Horsemen of the Apocalypse are sent as a punishment of God, but some believe they are an analogy of real-life events to come in the future. Revelation 6 tells of a scroll in God’s right hand that is secured with seven seals, which, when opened, summons four beings that ride out on white, black, red and pale horses to bring about death, war, famine and plague. It states: “They were given power over a fourth of the Earth to kill by sword, famine and plague, and by the wild beasts of the Earth.”

But, some have claimed the last book of the New Testament prophesies how the seal will be unlocked.

The Olivet Prophecy in Matthew 24 is one of the longest single prophecies in the Bible and foretells the birth of a new age after an eruption of world crises.

A segment reads: “You’re going to hear about wars, actual wars and rumoured ones, make sure you don’t get alarmed.

“This has got to happen, but it doesn’t mean the end is coming yet. 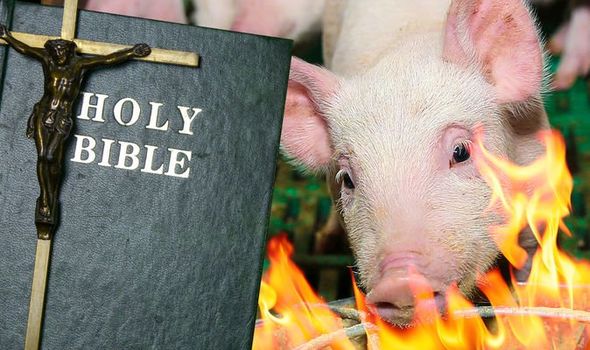 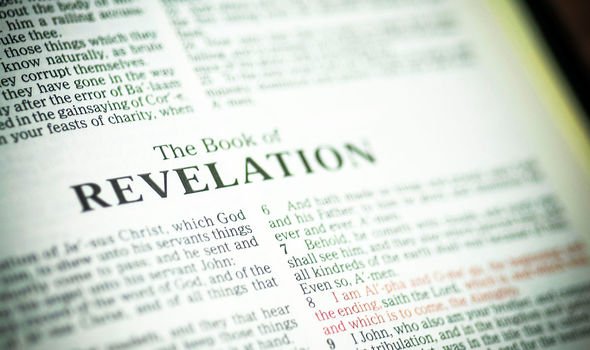 “Nations will rise against one another, and kingdoms against each other.

“There will be famines and earthquakes here and there, all this is just the start of the birth pangs.”

Birth pangs, in terms of Bible prophecy, refer to certain convulsive geopolitical, geophysical, astrophysical and world-wide events and issues scheduled to occur in the time leading up to the end of the world.

These are likened to the contractions experienced by a woman about to give birth, as these episodes increase with frequency and intensity.

Following the discovery of a new type of Swine Flu that is capable of triggering a pandemic in China, many have taken to Twitter to express their concerns that this is only the start of the birth pangs and we will soon see more similar and more devastating events. 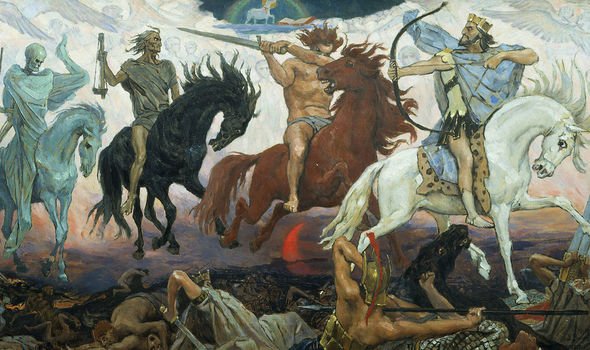 One user wrote: “The signs that we are seeing now are sounding a warning to us that time is over and we need to repent and prepare in haste.”

A second added: “The crazy part is that this is just the start of birth pangs the Bible warned us about.

“We haven’t even got to the Great Tribulation yet.

“Everyone needs to get right with God through Jesus Christ.”

Another warned: “The Bible says these are birth pangs. 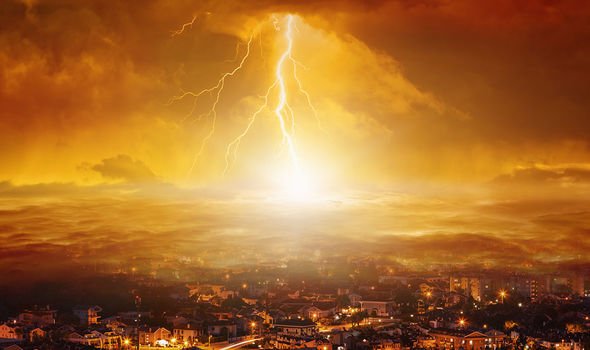 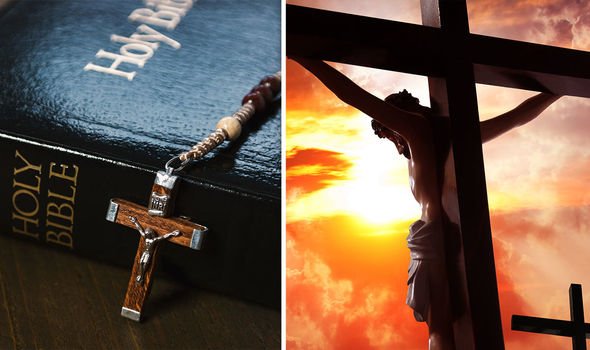 “The end is growing near my friends, be right with God Almighty.”

In 2005, Bible scholar Fred Dattolo published an article in ‘The Trumpet’ where he claimed “the galloping hoofbeats of the four horses are getting ever louder and closer,” stating that future pandemics were all that was needed to set free the final Horseman, who would spread a disease to a quarter of the world.

He said: “The four horsemen are depicted in the Book of Revelation Chapter 6 as the first four of seven seals.

“These seals are benchmarks of end-time events leading up to and including the return of Jesus Christ. 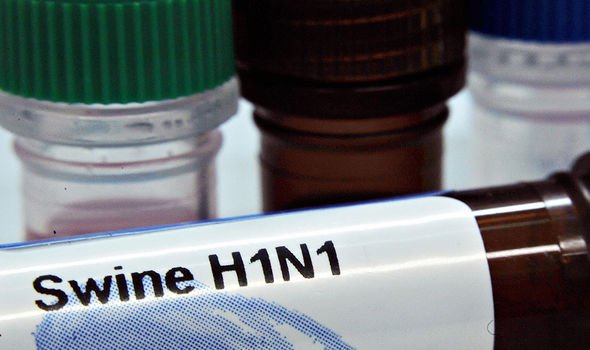 “John witnessed these vivid events in a vision sent by God the Father to Jesus Christ, who gave it to an angel to reveal to John – Revelation 1:1.

“Then John, as he was instructed, recorded what he saw in brilliant prophetic imagery.”

According to the Book of Revelation, there are still three more seals to be broken before the Second Coming.

The fifth seal will reveal the souls of those who had been slain for the “Word of God,” and things get much more concerning thereafter.

Upon the sixth seal breaking there will be a “great earthquake” before the Sun turns “black as sackcloth made of hair” and the Moon becomes “like blood”.

Then, the seventh seal is opened and heaven is silent for about half an hour before the seven trumpets are sounded to cue apocalyptic events.