Being able to land its own rockets has been one of SpaceX’s key capabilities, and it’s a feat that the company now pulls off regularly and seamlessly. However, while SpaceX is at liberty to land its own rockets and carry out missions on its own terms when launching satellites for private firms or when it’s putting SpaceX’s own Starlink satellites into orbit, things get a bit more complicated when the US military gets involved.

In 2017, SpaceX was awarded a $96.5 million contract by the US Air Force to launch a GPS 3 navigation satellite into orbit from Cape Canaveral in Florida, SpaceNews reports.

It will be the second time that SpaceX has launched a military satellite into space – the first time, the Air Force said that SpaceX was not allowed to use a rocket that would be able to land itself.

This decision was reportedly based on factors including payload weight and the path of the rocket, which ultimately lead the Air Force to decide that SpaceX was not capable of placing the satellite into orbit and also bringing their own rocket back.

As a result, SpaceX used a modified Falcon 9 without grid fins or landing legs to carry out the mission, which was destroyed after successfully completing the mission. 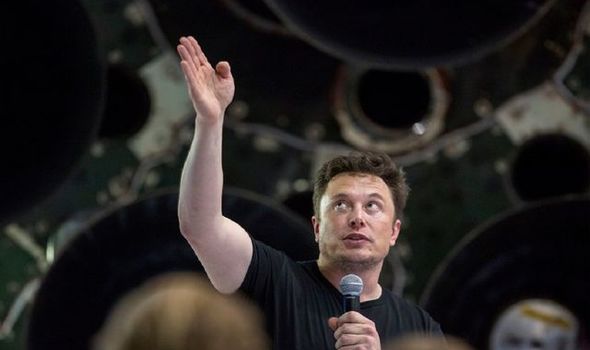 But this will not be the case on tomorrow’s mission. Tomorrow, the US military has said it is willing to step back and let SpaceX do its thing.

That is, as long as SpaceX agreed to knock a few million of the asking price of the launch, SpaceNews added.

Walter Lauderdale, chief of Falcon 9 operations at the US Space Force’s Space and Missile Systems Center, said that it had taken months of reviews before the military branch agreed to let SpaceX use a reusable rocket for the mission.

He told reporters: “We evaluated all the information from all SpaceX flights to ensure no cause for concerns for this mission”. 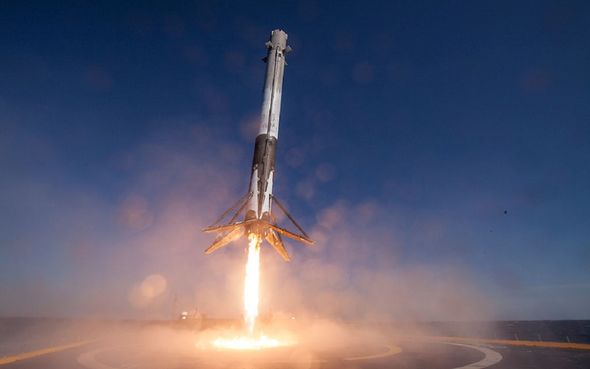 As such, the Falcon 9 will, as usual, be equipped with grid fins, landing legs, and a little extra fuel in order to land itself after delivering the US military’s payload.

The Falcon 9 normally uses these grid fins to guide and steer itself back through the Earth’s atmosphere after delivering its payload into orbit.

It then uses one last blast from its engines to slow itself down before extending its legs to land upright.

The June 30 launch will be SpaceX first job for the US military ever since the US Space Force branch was established late last year. 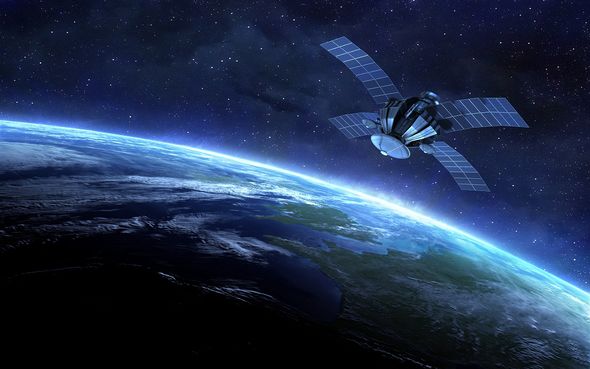 It’s understood that the military will continue to monitor SpaceX’s performance in order for it to be satisfied that it can pull off military satellite deliveries whilst also landing its rockets.

Elon Musk’s SpaceX is expected to be competing with Blue Origin – a competing space firm also funded by a US billionaire: Amazon CEO Jeff Bezos.

Blue Origin is also aiming to provide reusable rockets, but the company is not yet nearly as flight-proven as SpaceX is.

So far, SpaceX has launched 86 Falcon 9 rockets. Of those, 47 have landed themselves, and 33 have gone on to fly again. 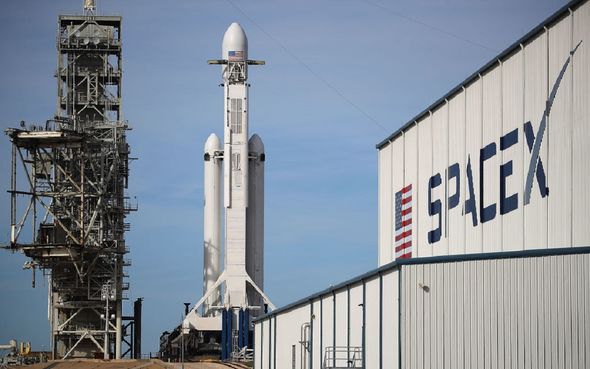 The US military’s new GPS 3 satellite was built by defence firm Lockheed Martin.

It’s designed to take the place of an older GPS craft that was launched over two decades ago.

The GPS network allows global positioning and timing services that can be used for both civilian and military purposes.