Apple reveals its macOS Big Sur for desktops and laptops, featuring new privacy features, a major Maps redesign, and the ‘biggest update to Safari ever’

As part of a massive reveal at the 2020 World Wide Developers Conference, Apple announced a range of new features in macOS Big Sur, the company’s next major update to its laptop and desktop operating system.

macOS Big Sur is scheduled for release this fall and according to Apple’s Craig Federighi will bring ‘unmatched levels of power and beauty’ to Apple computers.

According to Federighi, Big Sur will feature the ‘biggest update to Safari ever,’ with several major new quality of life and security features. 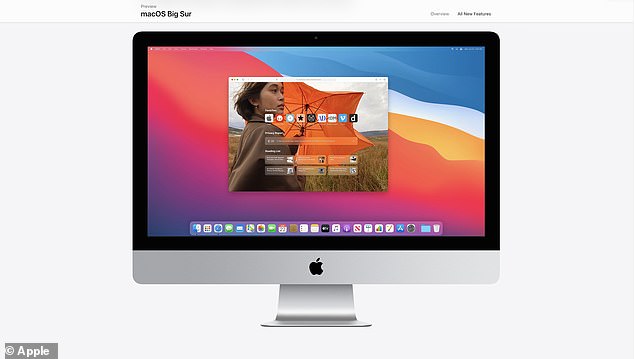 Apple unveiled macOS Big Sur, the next version of its desktop and laptop operating system, that will be released in the fall and feature a new emphasis on privacy and security options, as well as the ‘biggest Safari update ever’

Apple’s web browser will be updated to feature a ‘Privacy Report’ button that shows every piece of tracking software running on any site a user visits, allowing them to choose which trackers to allow or block.

The Privacy Report function will also keep a list of a user’s saved passwords and continually monitor public records to see if any accounts have been compromised in a security breach that might otherwise have gone unnoticed.

For the first time ever, Apple will also include a translation function in Safari to automatically convert text in any news story to a user’s preferred language of choice.

Tab-happy users will get the option to see a thumbnail preview of a particular tab by hovering their mouse icon over it, and they’ll also be able to issue commands to close tabs in bulk by clicking on a tab and selecting the option to ‘close all tabs to the right.’

Apple is also expanding its support for Safari Extensions with a new App Store section that will let developers create and sell individual browser extensions. 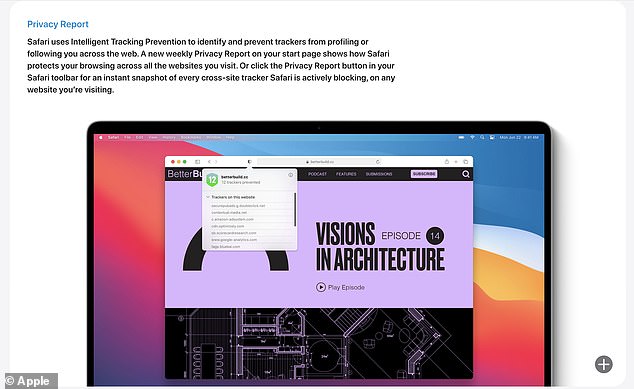 Safari will now feature a ‘Privacy Report’ button that will show all the hidden trackers running on a webpage, showing which trackers have been allowed and which have been blocked 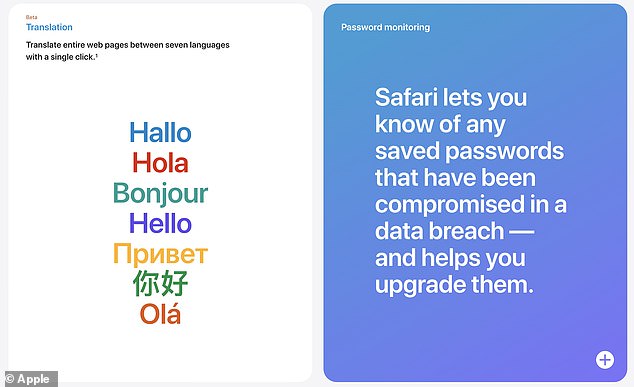 Safari will also be updated with a translation function that will automatically convert stories into their user’s preferred language, and it will also monitor public records to ensure none of the stored passwords in a user’s Safari profile have been exposed in public data breaches

Big Sur will also introduce a major overhaul to Maps that will let users create custom guides for themselves before setting off on a trip, flagging specific destinations and routes that can be opened later on an iPhone.

Users will also be able to share their custom trips with friends and family, who will be able to track their progress through the Maps app.

Maps will also be updated to feature expanded indoor navigation information to help people move through airports and other large indoor spaces. 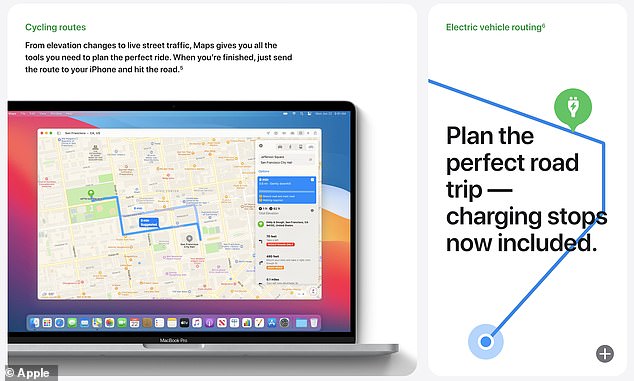 Big Sur will also feature a major overhaul to the Maps app, allowing users to create their own ‘Guides,’ with specific destinations, shops, restaurants, or routes that can then be picked up on iPhones later on 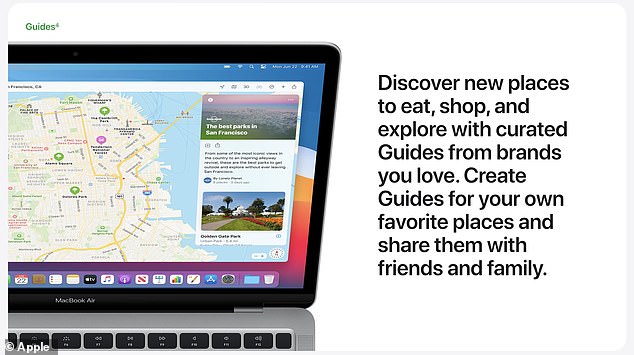 Users can share their custom ‘Guides’ as well as track friends of family as they travel, and Maps will also support expanded indoor navigation information for larger interior spaces like airports

According to Federighi, Big Sur will also feature the most dramatic visual overhaul of an Apple operating system since the company transitioned from OS X to macOS in 2016.

Every app in Big Sur has been rebuilt to fully support both light and dark display modes, and will feature new dynamic menu and toolbar buttons that ‘appear when you need them and recede when you don’t.’

One simple example Apple demonstrated was the search bar in apps like Mail and Finder, which appears as a small button in the right-hand corner of the screen but expands into a full text entry field when clicked.

Apple has also redesigned macOS’s Notifications center with a suite of new notification sounds, and users will also have the ability to customize the appearance of the Notifications bar to prioritize certain apps. 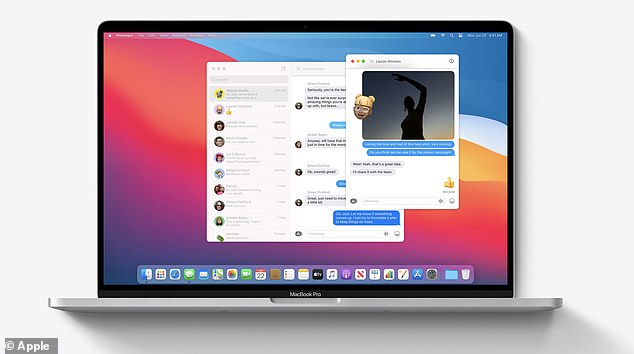 Big Sur will also feature a range of new visual overhauls, many shared with iOS 14, including Memoji, an animated 3D emoji that can be used in the Messages app

Users will also be able to add new customizable widgets, such as a new World Clock that can show one time zone in a small thumbnail sized square, or four different times zones in a much larger rectangle that cuts across the entire Notifications column.

In Big Sur, Mac Catalyst will support its biggest range of APIs and development tools that will apps to automatically  adapt to keyboard or touch interfaces and resize buttons and menu options for either tablet, laptop, or desktop monitors.