People with high levels of the stress hormone cortisol in their blood are more likely to die from COVID-19, study suggests

Coronavirus patients with higher levels of the stress hormone cortisol in their blood are more likely to die from the deadly virus, according to scientists.

A study by Imperial College London researchers revealed that patients with high levels of the hormone deteriorated more quickly and were at a greater risk of dying.

Cortisol is produced by the body in response to stress – it triggers changes in metabolism, heart function and the immune system to help the body cope.

The British team say the findings could be used to identify those patients who are more likely to need intensive care and help manage the pressure on the NHS. 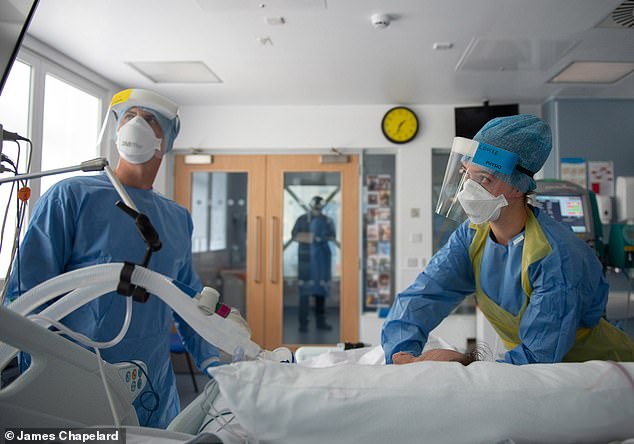 A study by Imperial College London researchers revealed that patients with high levels of the hormone deteriorated more quickly and were at a greater risk of dying. Stock image

This is the first evidence that cortisol levels are a marker of the severity of the deadly virus that has seen millions die around the world since it first appeared in 2019.

The levels found were ‘worryingly high’ – as much as triple the levels of cortisol found in the blood after someone undergoes major surgery, study authors found.

Study lead author Professor Waljit Dhillo, of Imperial, said: ‘From an endocrinologist’s perspective, it makes sense that those COVID-19 patients who are the sickest will have higher levels of cortisol, but these levels are worryingly high.’

He said three months ago they began to see a wave of COVID-19 patients in London hospitals with little information on how to triage them.

‘Now, when people arrive at hospital, we potentially have another simple marker to use alongside oxygen saturation levels to help us identify which patients need to be admitted immediately, and which may not,’ he said.

Our cortisol levels, when healthy and resting, are 100-200 nm/L and nearly zero when we sleep – low levels of cortisol in ill patients can be life threatening.

However, excessive levels of cortisol can be equally dangerous, leading to increased risk of infection and poor outcomes.

For the new study, researchers looked at 535 patients, including 403 with confirmed COVID-19 – those with the virus had higher levels than cortisol than those without.

The levels in the COVID-19 group ranged as high as 3,241 – considerably higher even than after major surgery, when levels can top 1,000.

‘Having an early indicator of which patients may deteriorate more quickly will help us with providing the best level of care as quickly as possible, as well as helping manage the pressure on the NHS,’ said Dhillo.

‘In addition, we can also take cortisol levels into account when we are working out how best to treat our patients.’ 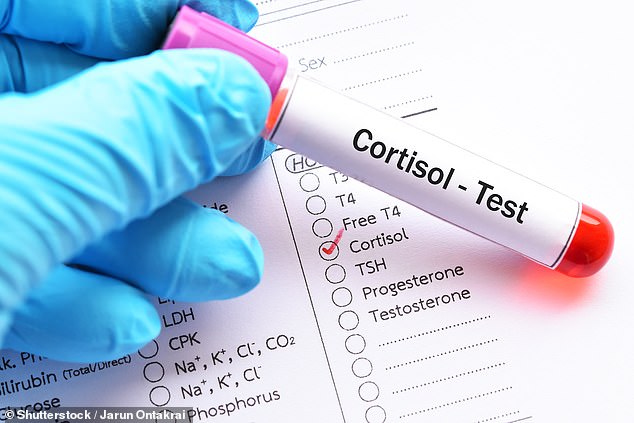 For the new study, researchers looked at 535 patients, including 403 with confirmed COVID-19 – those with the virus had higher levels than cortisol than those without. Stock image

Among the COVID-19 patients, those with a baseline cortisol level of 744 or less survived on average for 36 days but those with levels over 744 had an average survival of just 15 days.

These patients had suspected COVID-19 between March 9 and April 22.

A COVID-19 swab test and routine blood tests, including a baseline measurement of cortisol levels, were performed within 48 hours of admission.

Dhillo and his team hope that their research can now be validated in a larger scale clinical study.

Professor Kavita Vedhara from the University of Nottingham, who was not involved in the study, said this should be used to spark more investigation.

‘Regardless of whether elevated cortisol is a cause or consequence of COVID-19, the increased levels seen in this cohort of patients suggest that it is imperative that we rapidly work towards understanding the role of the hormone not only at the most severe end of the disease,’ Vedhara said.

Adding we also need to ‘examine whether it may also play a role in vulnerability to COVID-19, progression from asymptomatic to severe disease and the role of psychological stress and mental health in these processes.’

The findings were published in the journal The Lancet Diabetes & Endocrinology.