The Maya artworks are considered rare as they blend indigenous techniques with colonial-era Spanish motifs. The paintings, estimated to date as far back as 1524, were first uncovered in 2003 during renovations to a house in the Guatemalan town of Chajul.

Wall art from this period usually adorns churches with Christian-themed subjects, which the Spanish used to affirm their presence.

However, because of the Chajul paintings’ mix of styles, they may represent a resurgence of local culture as Spain’s religious and political domination diminished.

The wall paintings — which have since been conserved by a Polish team — cover three the walls of the property’s central room.

The works were likely once accompanied by others which did not survive until the present day. 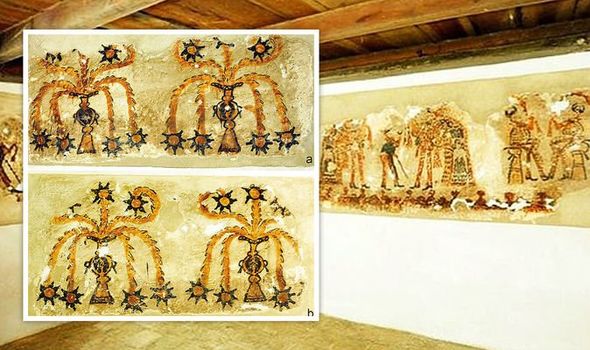 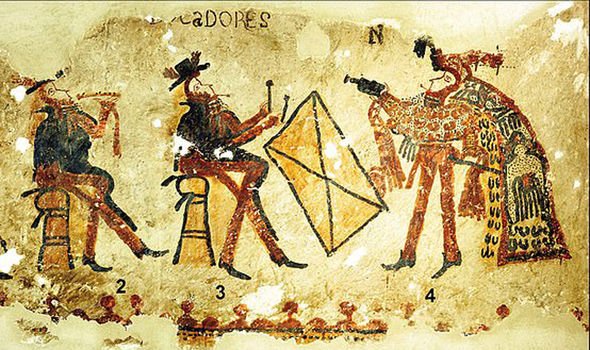 The researchers discovered the paintings had striking similarities with local pre-Hispanic Maya art.

This indicates the artworks were probably created by indigenous artists using traditional materials and methods, while influenced by the imperial power.

The paintings appear to depict ceremonial dances that recreate important historical events or religious rituals — with figures in the art seen dancing and playing instruments.

Some figures wear traditional Maya dress while others are clothed in European attire from the colonial period. 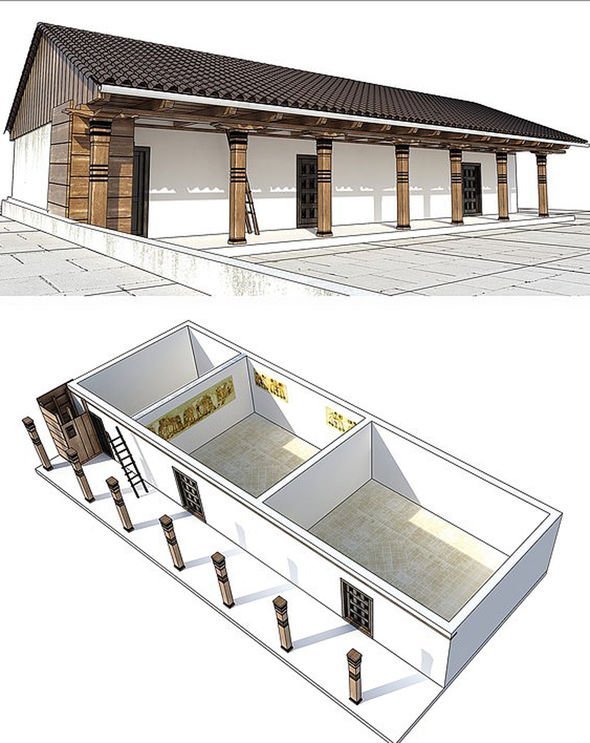 The Ixil Maya community believe the paintings may represent the “Baile de la Conquista” — the “Dance of the Conquest”.

The story recounts the conquest of the Maya by the Spanish and their eventual conversion to Christianity.

Alternatively, the art may depict the “Baile de los Moros y Cristianos” — the “Dance of the Moors and Christians”.

This tells the story of the Reconquista, a part of Spanish Medieval history in which former Christian territory was snatched back from Muslim kingdoms.

Many of these dances were created by the Spanish to insert their culture into local tradition, in an attempt to legitimatise their conquest and encourage conversion to Christianity.

Some such practices, however, ended up being co-opted by the Maya.

This includes the “Dance of the Conquest”, which was reclaimed as a tale of local history and repression.

Many of these dances ultimately ended up being prohibited in this region of Guatemala.

This suggests the possibility the Mayan wall paintings may even indicate a “lost dance” once banned and eventually forgotten.

The researchers also endeavoured to conduct radiocarbon dating on the pigments used to make the art, as well as the underlying mud brick walls. 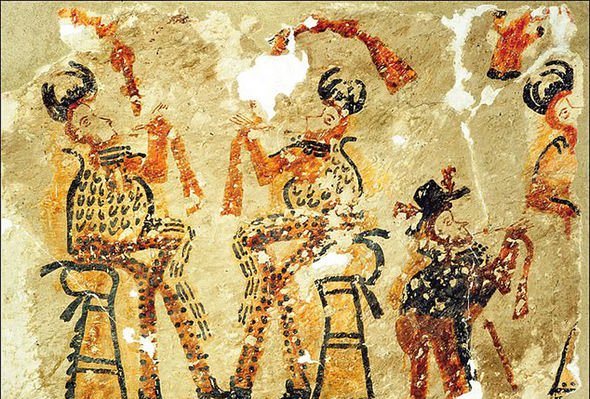 Unfortunately, the mural appeared to have been painted over a number of times over the centuries — leaving behind several layers of pigment from different times — which has made narrowing down a specific date within the colonial period impossible.

The archaeologists wrote in their paper: “Our research raises the important question as to why wall paintings appeared at Chajul during the latter part of the Colonial period.

“There are other houses that have murals awaiting conservation and analysis, and these may provide more information on dating and may show that, in some contexts, paintings appear earlier.

“Nevertheless, if most, or perhaps all of the Chajul murals appear to date to the seventeenth and eighteenth centuries, they may be connected to a contemporaneous pattern observed in New World Spanish colonies.”