Coronavirus lockdowns are worsening child obesity due to kids spending an extra FIVE HOURS per day in front of a screen and eating more crisps, red meat and sugary drinks, study finds

Compared with this time last year, children ate one extra meal and added nearly five hours of screen time per day, while cutting physical activity by more than two hours a week.

Lockdown also disrupted sleep patterns among children with obesity, allowing them to sleep for an extra half-hour on average, the researchers report.

Obese children who are usually engaged in weight control programmes at school are having their schedules disrupted, which could affect them in adulthood.

However, obese children are eating more fruit and around the same amount of vegetables compared with pre-lockdown, the study suggests. 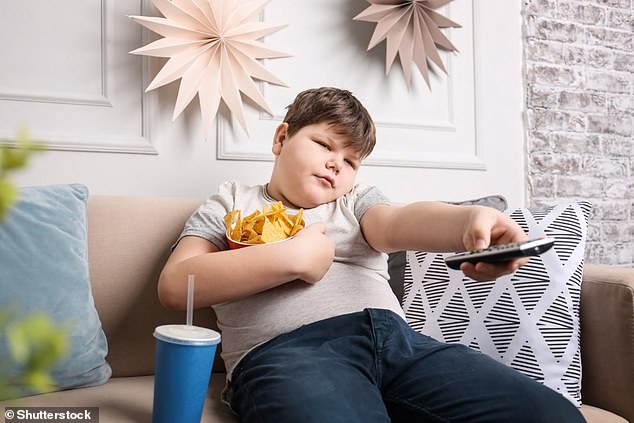 ‘The tragic Covid-19 pandemic has collateral effects extending beyond direct viral infection,’ said Professor Myles Faith, a childhood obesity expert at University of Buffalo and co-author on the study, published in the journal Obesity.

‘Children and teens struggling with obesity are placed in an unfortunate position of isolation that appears to create an unfavourable environment for maintaining healthy lifestyle behaviours.

‘Recognising these adverse collateral effects of the COVID-19 pandemic lockdown is critical in avoiding the depreciation of hard-fought weight control efforts among youths afflicted with excess weight.’

Children and adolescents typically gain more weight during the summer holidays than during the school year due to having more free time – which can mean becoming less physically active.

The researchers wondered, therefore, how the increase in free time during a two-month lockdown would affect lifestyle behaviours.

The experts surveyed 41 obese children under confinement in Verona, Italy throughout March and April, who were involved in an ongoing long-term study.

Lifestyle information regarding diet, activity and sleep was collected three weeks into Italy’s mandatory and comprehensive national lockdown – announced on the evening of March 9 and implemented the following day – to curb the spread of the virus.

The country’s lockdown measures included restrictions, but not a total ban, on exercise, including the closure of public parks. 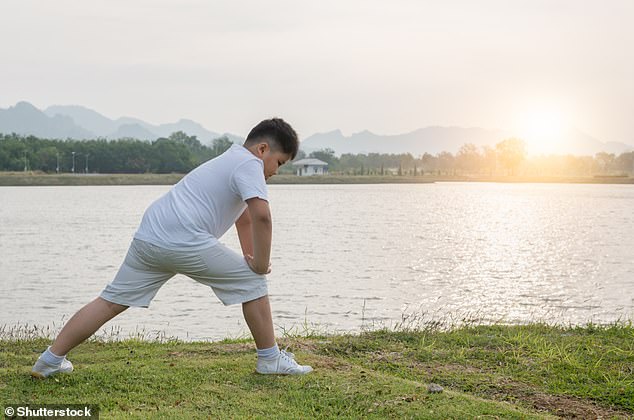 Compared to data on behaviours gathered a year prior, the children ate an additional meal per day, slept an extra half hour per day and spent about an extra five hours per day in front of phone, computer and television screens.

The amount of vegetables consumed remained unchanged, while fruit intake actually increased during the lockdown, the researchers said.

Despite this, the results overall confirmed a ‘negative change’ in behaviours caused by the lockdown, showing the importance of a daily school-based routine to health.

Lockdown may be having a long-lasting negative impact on the health of children not just in Italy, but around the world, the team warn. 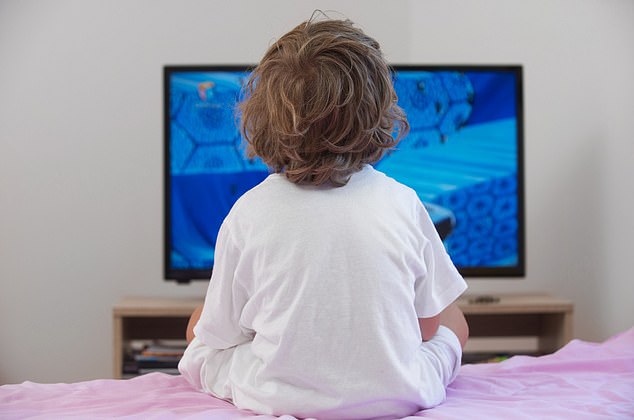 In lockdown, Italian children with obesity added nearly five hours per day in front of phone, computer and television screens

‘Depending on the duration of the lockdown, the excess weight gained may not be easily reversible and might contribute to obesity during adulthood if healthier behaviours are not re-established,’ said Professor Faith.

‘This is because childhood and adolescent obesity tend to track over time and predict weight status as adults.’

Government officials and policymakers should consider the potential harmful effects of lockdowns on youths with obesity when making decisions regarding when and how to loosen restrictions, he said.

Health services and programmes distributed online that encourage families to maintain healthy lifestyle choices are also crucial during periods of lockdown, which are now being gradually lifted around the world.

Lockdowns ease around the world with new tourism rules

June 1 saw coronavirus restrictions ease from Asia to Europe to the United States.

The Florida Keys welcomed visitors for the first time in two months, the Colosseum opened its ancient doors in Rome, ferries restarted in Bangladesh and golfers played in Greece.

Countries around the Mediterranean Sea also tentatively kicked off a summer season where tourists could bask in their famously sunny beaches while being protected by social distancing measures.

On Wednesday, June 3, Italy reopened its borders to tourists from Europe, three months after they were shut as the country went into coronavirus lockdown.

Travellers from most other European countries will be allowed in with no quarantine and people are allowed to move freely between regions.

Three airports – Rome, Milan and Naples – will resume international arrivals, with flights scheduled to depart from Heathrow and Manchester.

At the forefront of Italy’s emergence from quarantine is the opening of Rome’s near-2,000-year-old Colosseum.

‘We are reopening a symbol. A symbol of Rome, a symbol for Italy,’ said Alfonsina Russo, director of the Colosseum’s archaeological park. ‘(We are) restarting in a positive way, with a different pace, with a more sustainable tourism.’

A long line of masked visitors also snaked outside the Vatican Museums, which include the Sistine Chapel, as they reopened for the first time in three months.

Italy is eager to reboot its tourism industry, which accounts for 13 per cent of its economy.

Strict crowd control measures are still in place at both landmarks. Visitors needed reservations to visit, their temperatures were taken before entering and masks were mandatory.

Greece lifted lockdown measures for hotels, campsites, open-air cinemas, golf courses and public swimming pools, while beaches and museums reopened in Turkey, and bars, restaurants, cinemas and museums came back to life in the Netherlands.

Meanwhile, Spain reported no coronavirus deaths in a 24-hour period for the first time since March.