Caribbean islands were settled on THREE different occasions between 8,000 and 2,800 years ago, ancient genome analysis reveals

The story of how and when the Caribbean islands were first colonised by humans has long evaded experts.

Little is known except that is geography made it the last place to be colonised in the Americas. The first settlers are thought to have arrived around 8,000 years ago.

Now, a study has found the idyllic archipelago was settled in three successive waves.

The first two arrived in the western Caribbean around the same time as people started spreading around the Americas, around 8,000 years ago.

One of the three groups if Cearibbean settlers ventured to the islands from North America and was likely part of the very first dispersals through what is now the contiguous US. The second early wave is of unknown origin.

However, there was also a third wave of settlers who arrived in the Caribbean from South America much later, around 2,800 years ago, the study claims. 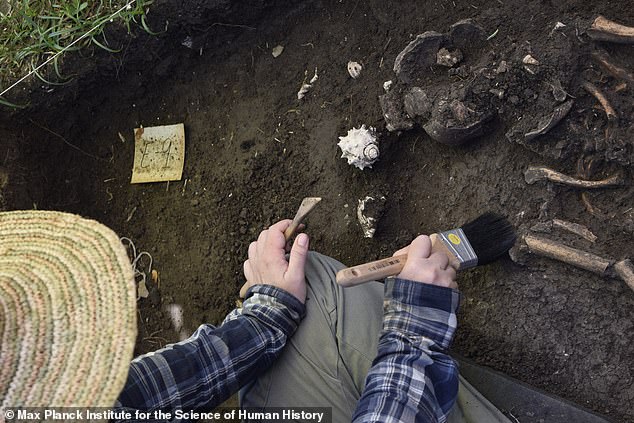 A study of ancient remains on the idyllic Caribbean archipelago revealed the islands were settled in three successive waves. The first two arrived in the western Caribbean around the same time as people first made it to the Americas, around 8,000 years ago 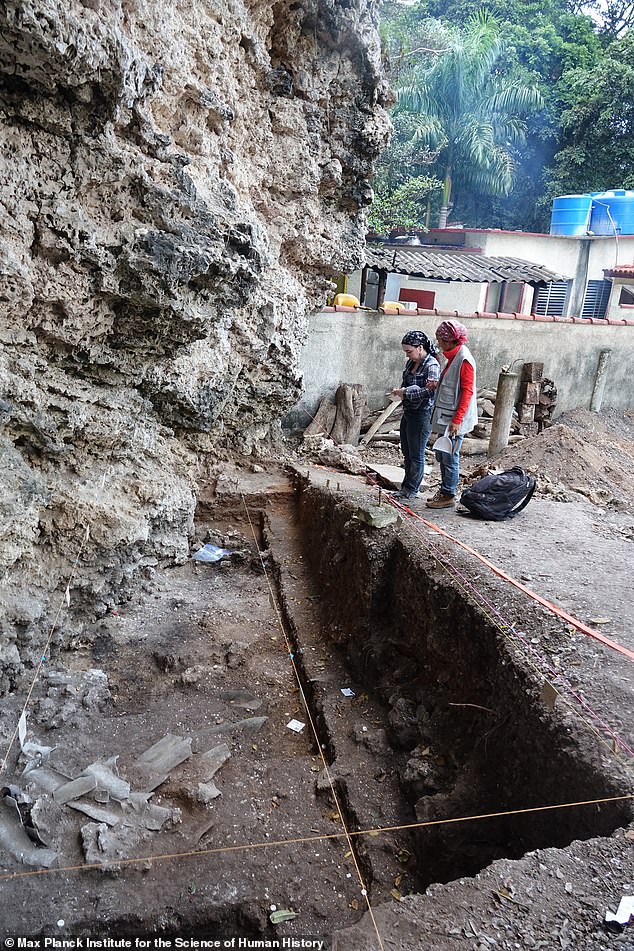 The study assessed the DNA of 93 ancient Caribbean islanders who lived between 400 and 3,200 years ago using bone fragments

‘Our results give a glimpse of the early migration history of the Caribbean and connect the region to the rest of the Americas,’ says Dr Hannes Schroeder from the University of Copenhagen, and one of the senior authors of the study.

The study assessed the DNA of 93 ancient Caribbean islanders who lived between 400 and 3,200 years ago using bone fragments.

The DNA was in poor condition and required vast amounts of painstaking work to make it viable for research, made possible by modern breakthroughs.

Johannes Krause, Director of the Max Planck Institute for the Science of Human History and another study senior author, said: ‘With all that data we are able to paint a very detailed picture of the early migration history of the Caribbean.’

The ancient DNA revealed three main groups of DNA, which were brought to the island in distinct events.

But exactly when they happened, or where they came from and how, remains a mystery.

But the scientists believe the Caribbean Sea, though indubitably an obstacle for primitive seafarers, eventually turned into an ‘aquatic highway’.

‘Our results continue to challenge that view, as they suggest there was repeated interaction between the islands and the mainland.’

However, although the population of the islands first emerged due to several events, the different populations did not mingle.

Obvious genetic differences were observed in the DNA of the ancestors and the later settlers from South America.

Despite coexisting for centuries, the authors found almost no evidence of interbreeding.

The full findings have been published in the journal Science.

Humans first reached the Americas around 15,000 years ago before slowly migrating south

The conventional story says that the earliest settlers came via Siberia, crossing the now-defunct Bering land bridge on foot and trekking through Canada.

In recent years, evidence has mounted against the conventional thinking that humans populated North America by taking an inland route through Canada.

To do so, they would have needed to walk through a narrow, ice-free ribbon of terrain that appeared when two major ice sheets started to separate.

But recent research suggests that while this path may have opened up more than 14,000 years ago, it did not develop enough biological diversity to support human life until about 13,000 years ago.

That clashes with archaeological findings that suggest humans were already living in Chile about 15,000 years ago or more and in Florida 14,500 years ago.

Scientists now believe the first Americans could have taken a coastal route along Alaska’s Pacific border to enter the continent.

This theory provides an alternative narrative and could mark a step toward solving the mystery of how humans came to the Americas.

By analysing boulders and bedrock, researchers from the University at Buffalo say they have ‘direct evidence’ that part of a coastal migration route along Alaska’s Pacific became accessible to humans 17,000 years ago.

The area was home to food sources such as ancient ringed seal that could support human life at the time that early settlers may have been passing through.

Recent genetic and archaeological estimates suggest that settlers may have begun travelling deeper into the Americas some 16,000 years ago, soon after the coastal gateway opened up.